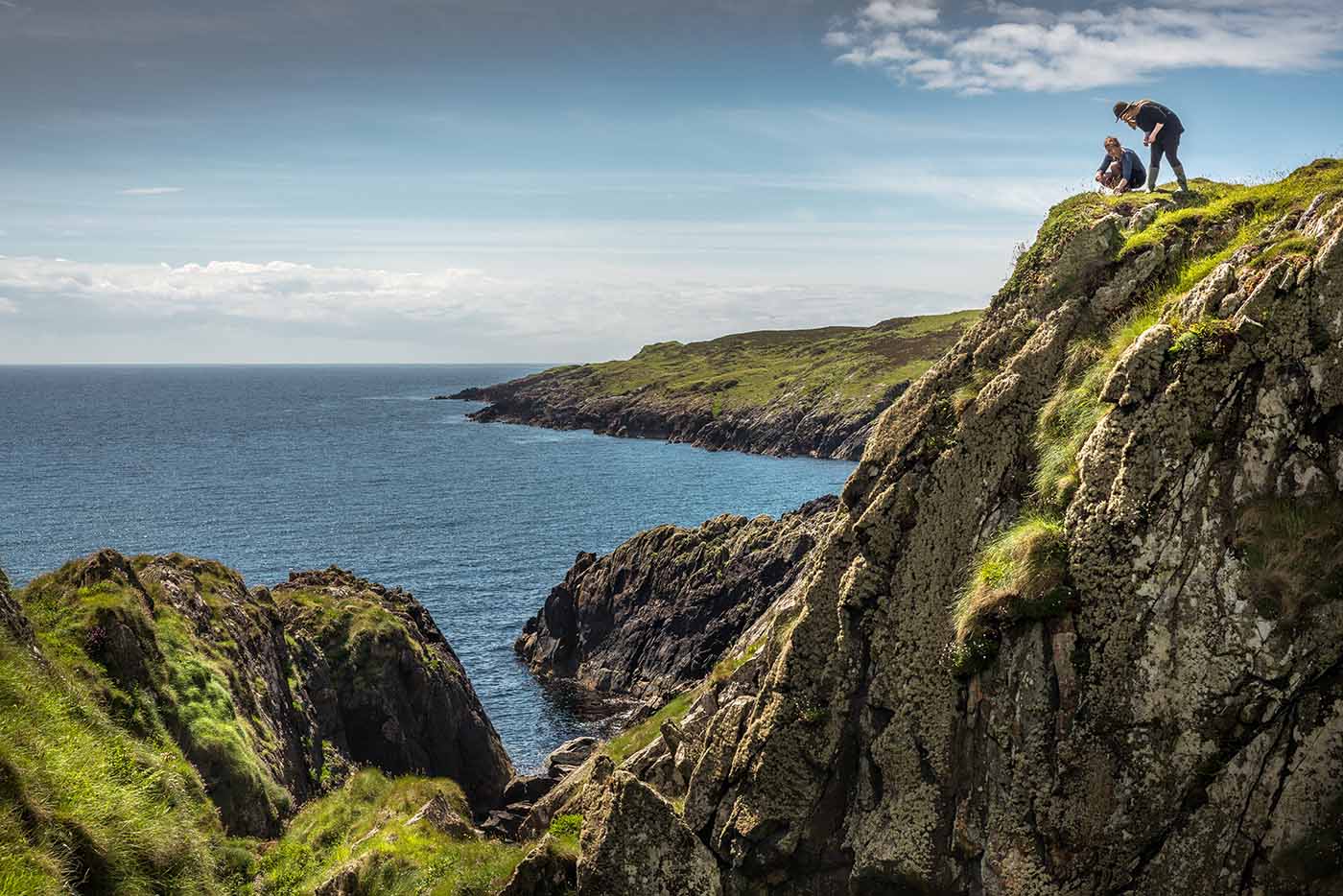 The Islay gin makes the most of its natural habitat by foraging local botanicals to impart the flavour of the island, and shares it with the world.

The island of Islay lies off the west coast of Scotland clinging to the edge of the North Atlantic. Its own western shores are exposed to the brutality of the ocean with nothing but sea between it and the coast of Canada at Newfoundland. But for all the winds and waves that buffet at its shore Islay is not a harsh place. Far from it. The climate is calm on the land they call the Queen of the Hebrides, sheltered to the north by the rest of its island chain and closely neighboured by Jura to the east. It also lies in the waters of the Gulf Stream, ensuring warmer winters than outsiders might expect and summers much milder than the mainland. This ameliorated weather means that Islay has long been inhabited, but despite 3,000 years of human habitation it remains unspoiled and its plant life has thrived. No wonder that the progressive Hebridean distillers at Bruichladdich took a leaf from their whisky when it came to crafting their Islay gin, deciding to put the local flora front and centre. The distillery happened upon a professional botanist living locally, Dr Richard Gulliver, and his wife Mavis. The pair were experts on what grew in the wild on the island and they were tasked with finding the right botanicals for the distillery’s gin – researching, locating and harvesting 33 locally-grown species, some of which were indigenous to the island, others that had absconded from gardens and taken root in the wild. All were abundant and sustainable. Then distiller Jim McEwan whittled the Gullivers’ haul down to 22. These are the same list of lslay botanicals that go into The Botanist to this day and they are still foraged by the Gullivers. Year round the Gullivers and their fellow foragers wander Islay to pick each botanical at the optimum time and preserve them until it is time to distil. This takes place in one of the last working examples of a Lomond still, an adjustable hybrid of a column and pot still designed in the 1950s as a “one stop shop” allowing for more than one whisky style to be made in a single still. Bruichladdich’s was salvaged from Glasgow’s Inverleven distillery and transported to Islay where McEwan gave it the nickname “Ugly Betty” and tinkered further, adding a botanical basket in which the Islay botanicals sit during a second infusion of the spirit. Using local flora carries on the traditions of Islay, where generations ago the islanders would have used indigenous plants to flavour their illegally distilled spirits, just as the foraging of the botanicals is reminiscent of how those used in the early gins would have been sourced. In following these customs The Botanist has handpicked a true taste of Islay and distilled a gin like no other. In addition to the nine core botanicals of the spirit, there are 22 foraged on Islay that give The Botanist its flavour and character. These herbs and spices sit in the basket of the antique still’s lyne arm. Click on each image to view a full illustration of the Islay botanicals:

The Bar Awards: Nominate your favourite bars and bartenders in Kuala Lumpur today