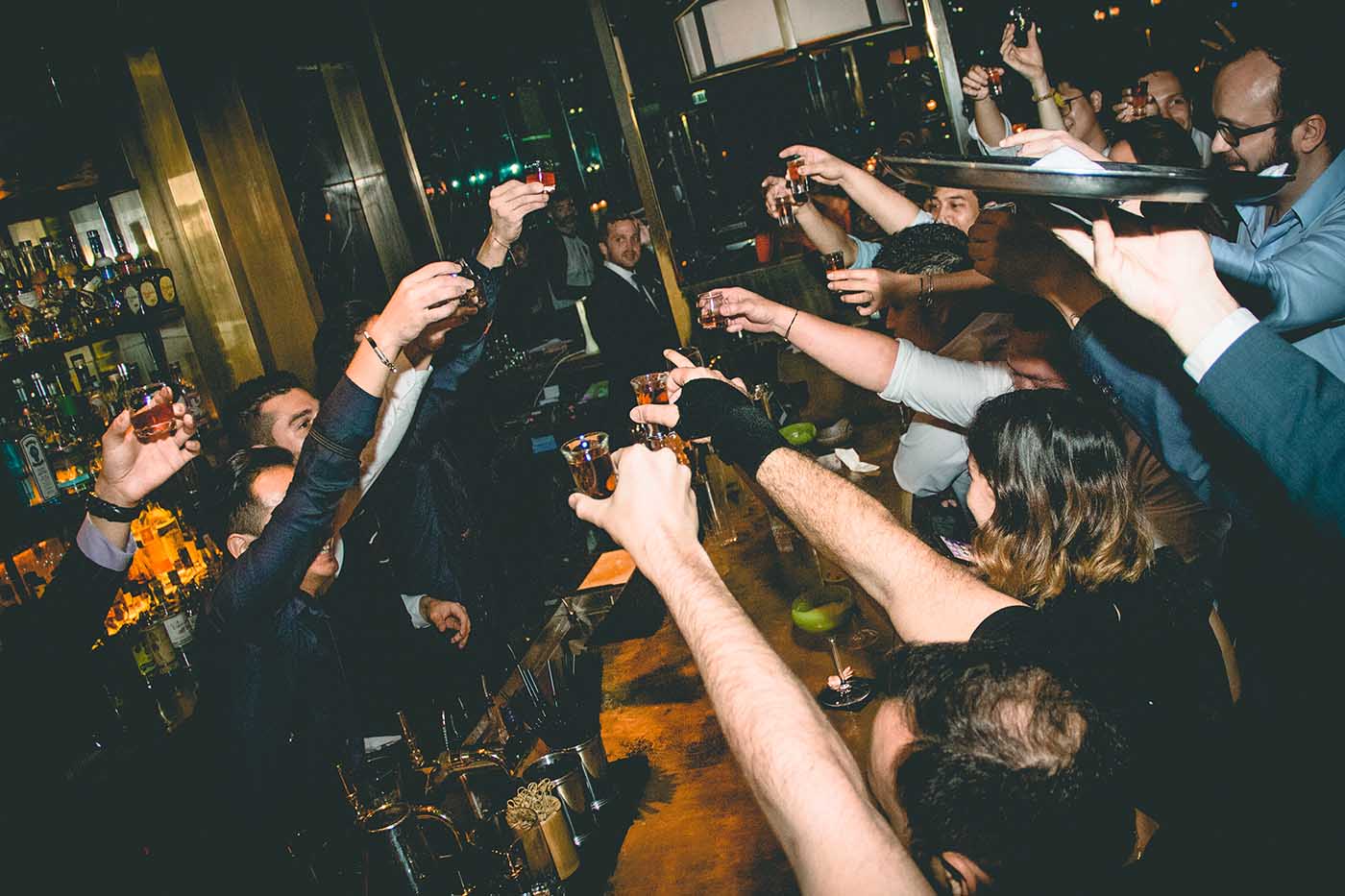 The celebration is coming to KL with public write-in, open until September 14. By Natasha Hong.

The Bar Awards arrives in Kuala Lumpur for the first time ever this October with ten bartender and venue awards up for grabs. The final stop on this year’s award tour (after Bangkok, Singapore and Hong Kong), the Malaysian capital is home to a budding scene and everyone involved in it can now put forth their nominations on this form until September 14.

“We wanted to keep KL as the final city on our tour this year, as we wanted to give good, strong exposure to this growing beverage scene,” explains The Bar Awards editor Tron Young. “We have some pretty exciting plans for The Bar Awards in KL, but the biggest thing we want to do is invite all Malaysians working abroad to come back and join all of us for 2017’s most momentous awards for the bar industry!”

Punters and bartenders in the city can look forward to a series of events including an opening party, guest shifts by regional bartenders, educational events, nightcaps, parties, and a Barback of the Year competition in the run up to the city’s first ceremony. The Bar Awards industry party will kick it all off on the evening of October 22 at a soon-to-be-announced location. To introduce The Bar Awards to the industry and media in the city, organisers will also be running an introductory session at the Wholly Spirits office on September 6.

As in Bangkok, the age limit for The Rising Star award in KL has been raised to include bartenders aged 28 years old and under (rather than Singapore and Hong Kong’s 25-and-under limit). The Lead Panel felt that the talent opting to make their career in hospitality is currently older than more developed markets in the region and they expect to drop the age limit in 2018 and 2019 as the bar scene grows.

The Best Bar Food category – a feature for the awards since 2015 in Singapore – will be rebranded to Best Culinary Team from this edition on. In part to demystify the confusion around the type of establishment eligible under its previous name, the award will also seek to shine a spotlight on the culinary side of the hospitality industry.

Here is a full list of categories open for nominations:

The Rising Star, presented by Perrier
This award drives The Bar Awards’ mission to encourage new blood to join the industry, while recognising those who have chosen f&b as their career. Nominees in Kuala Lumpur must be 28 years old and under in 2017 (born on or after January 1, 1989) to be eligible.

Best Restaurant Bar
This award recognises the restaurant that appreciates that diners want great beverages to accompany their food, and understands that a well-thought-out beverage program enhances an already memorable dining experience. To be considered for this category, establishments must first and foremost be a dining venue – the majority of consumers are there for a culinary experience.

Best Beer Bar
This award recognises an establishment with a well-curated beer offering, that’s also backed by knowledgeable and passionate people. Beer culture, and especially craft beer, is continuing to grow in KL and these establishments are taking great strides in providing a great beverage, paired with an overall great drinking experience.

Best Culinary Team
Replacing the Best Bar Food category from The Bar Awards Kuala Lumpur onward, this award is dedicated to the culinary aspect of hospitality. The beverage program of an establishment, more often than not, overshadows the talent and creativity of its chefs. This award acknowledges the hard work and passion in the kitchen and behind the scenes. Open to any establishment that serves alcohol (not just limited to bars) and has a culinary team.

Best Hospitality Team
This award recognises that it is teamwork that makes the difference between a good bar and an excellent one. The Best Hospitality Team awards the most hospitable service team that compliments an establishment’s already excellent beverage team. With this award, The Bar Awards aims to encourage more people to join the service side of the industry.

Most Creative Cocktail Bar
This award recognises the establishment with the most innovative cocktail program. If there ever was an accolade that acknowledges hard work and creativity, this is it. From sourcing the best ingredients to distilling the best spirits to the mise en place for the most unique and complicated cocktails – it’s a lot of hard work and extremely time consuming to be creative for one drink, let alone an entire bar program.

Best New Cocktail Bar
This award recognises a new establishment that has made an impact on the local cocktail culture. Opening a bar is difficult, and takes a lot of leadership, hard work and talent. People who put together a great bar from day one and set high standards for new entrants to the bar community should be acknowledged. To be eligible the establishment must have opened its doors on or after September 1, 2016.

The Ada Coleman Award
This award aims to encourage more females to join the f&b industry by awarding an outstanding individual who encourages recognition for this growing aspect of the KL hospitality scene. This award is open to anyone who works in hospitality in Kuala Lumpur, including, but not limited to service, bar, culinary, logistics, management, media and marketing. The Ada Coleman Award in this edition of The Bar Awards is also open to all genders, as long as the individual encourages the growth of this aspect of the KL bar and beverage scene.

Bartender of the Year
The Bartender of the Year is an award given to the bartender whose skills, knowledge, and the ability to connect with people is beyond measure. The level of leadership, skill and hospitality extended during and outside of work by this individual is an experience in itself. To be considered, nominees must be bartending in an establishment in Kuala Lumpur as of their nomination date.

Best Cocktail Bar
The Best Cocktail Bar is the establishment that endlessly exceeds expectations and strives for the most outstanding bar experience. The establishment does this through excellence in impeccable service, warm hospitality, superbly crafted cocktails, a well-curated beverage program, delectable food offerings and a mesmerising ambience. The combination of these factors and that always critical “X-factor” continues to impress night after night.

After the form closes on September 14, a full list of nominations will be handed over to a wider panel, made up of local f&b stakeholders to narrow down the list to a Top 10, Top 4 and overall winners.

To place your nominations, use this form. To find out more about The Bar Awards, see this page.

Jake Page wins the Singapore round of La Maison Cointreau