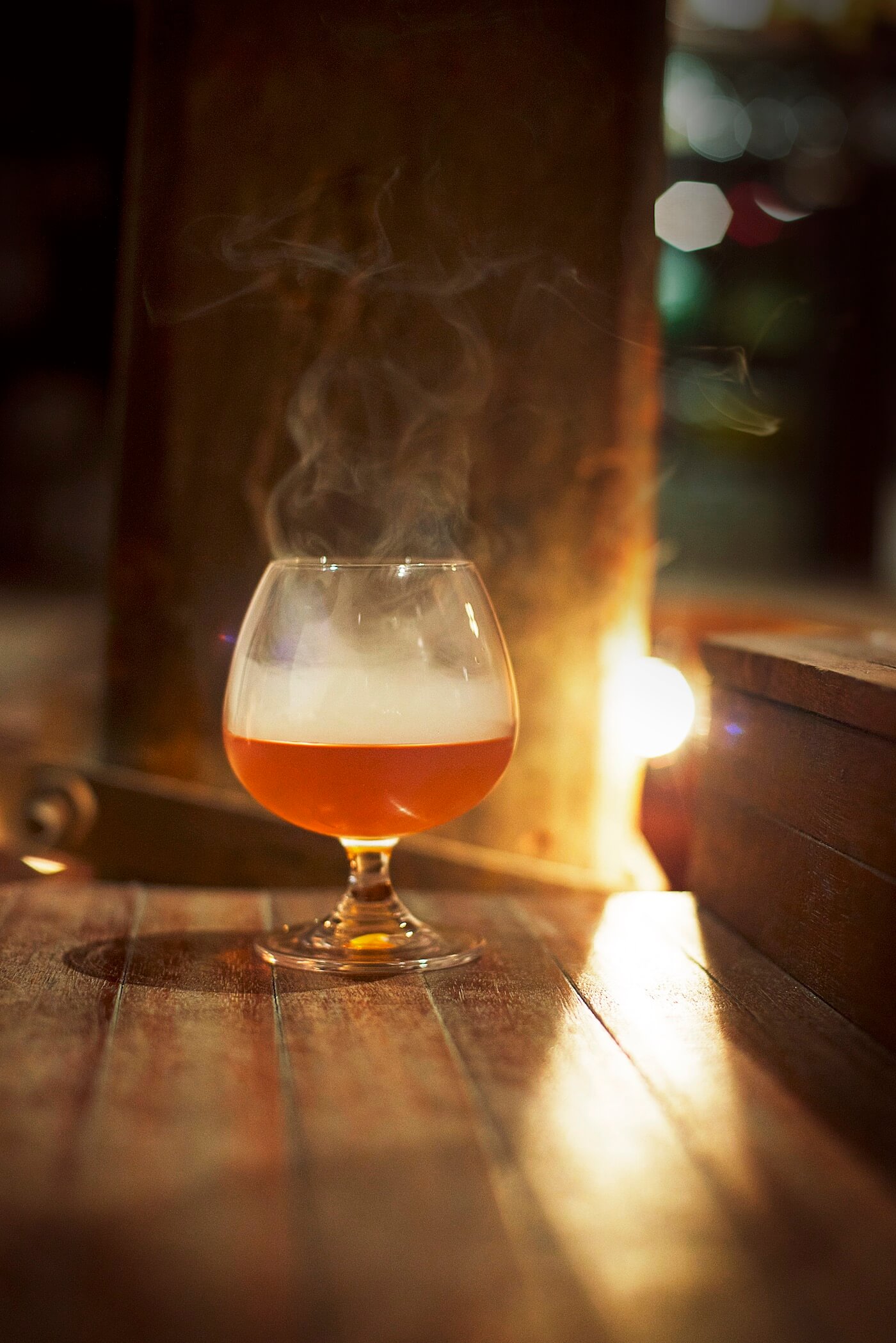 “This cocktail was inspired by a tendency I’d noticed after only a short while after I began my consultancy at Ounce (hence, of course, the name). In Taipei, guests typically order straight pours of single malt so I wanted to create a cocktail that would appeal to these drinkers in order to introduce them to something outside the usual smoke-peat comfort zone of, say, a neat Laphroaig with two drop of water. I chose Oban 14 for its smooth roundness and subtle undertones and Talisker, obviously, for its smoke-peat capabilities. A half part of Pierre Ferrand provides a slight, bitter-sweet kiss of orange that rounds off the edges of the single malt. Then, the cured limousine oak fills the glass with a campfire-like aroma.

I’m usually inspired by what’s around me and not being used. By the time I’d arrived to Taiwan, I’d burnt, or atomised, all kinds of herbs, oils and woods into glasses, occasionally as garnishes, but sometimes for a bit of bar theatre – both of which work well in Taipei. The wood I found is similar to the kind of oak used to make whisky barrels. It had a honeycomb design that made extracting a cloud of rich smoke fairly easy and elegant to watch. Substitutes do exist and I have often used other pieces of cured wood. But, generally, I’ve found the barrel-ageing sticks from Tuthilltown Spirits are the best.”

Stir the spirits and bitters over ice. Use a torch to light the barrel-aged cocktail stick; blow out the flame and hold a snifter upside down over the stick to capture the smoke. To serve, strain the liquid into the smoke-filled glass in front of the guest.

Gaz says: “I knew nothing of these ageing sticks until I saw this recipe. They’re pretty nifty, I think, though I haven’t had time to experiment with them as ageing agents. I love Aaron’s ingenuity that drove him to set fire to these things, though! The make-up of the rest of this drink is, I believe, a sign of things to come. Mixing and matching different bottles of scotches seems to be quite the way to go these days. Aaron pulled this off admirably. Nice.”

Author of The Joy of Mixology, Gaz Regan is one of the best-loved personalities in the international bar family.