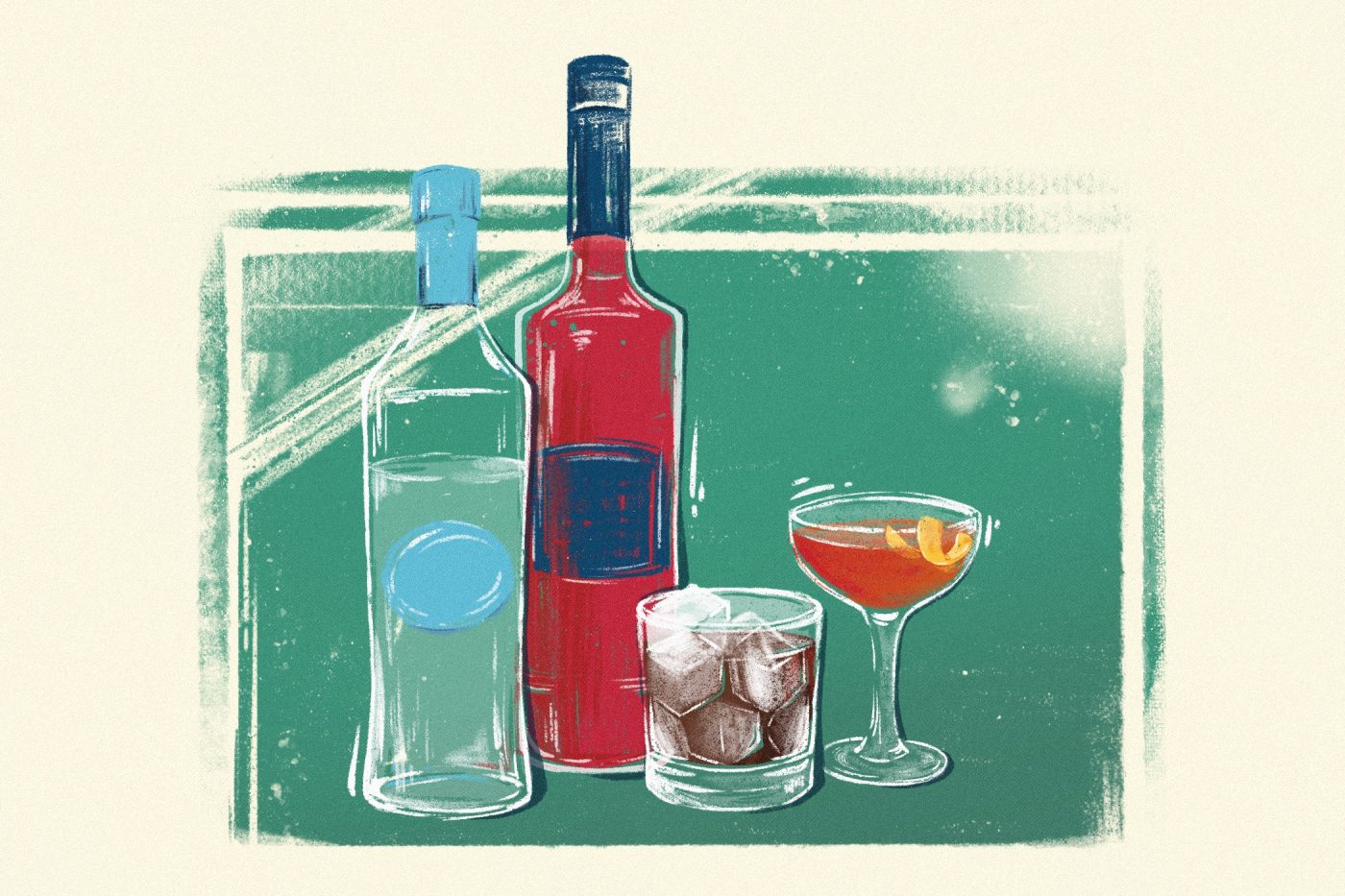 While a simple starting point, the duo is the basis for most cocktails, so think carefully about how the two main ingredients work in any drink before getting complex.

In previous editions of Cocktail Families, we have concentrated on classic historical families of mixed drinks. This time however, we are taking a more modern category that encompasses many drinks made during the last hundred years of bartending.

Duos and trios are not mentioned as a category by Jerry Thomas, nor do they feature as a chapter in The Savoy Cocktail Book.  A bartender in the 1920s – or the 1980s for that matter – would have looked at you blankly if you struck up a conversation on the subject. (As an aside, I would sincerely love to chat to a bartender from the 1920s to see what his or her particular favourite drinks, spirits and customers were like, and whether they had similar complaints about the job in general. I bet late nights and overly inebriated guests have been a long-standing downside to a career behind the bar). No, duos and trios are a family identified in 2003 by  the late Gary Regan in his book Joy of Mixology: The Consummate Guide to the Bartender’s Craft.

In this book, Regan sets out to group drinks according to their style, and with these building blocks, to see how cocktails have developed from one another. He includes many tables showing how a base spirit can be mixed with different liqueurs to create different cocktails. It’s a fantastic way of linking drinks together and memorising dozens of recipes by breaking them down to the basics, and well worth a read if you can get a copy.

So, quite simply, a duo is a combination of two elements, a spirit and liqueur, while a trio comprises a spirit, liqueur and a dairy element. This sounds pretty basic, which in some ways it is. For example, a classic duo would be the Black Russian, containing Kahlua and vodka. To turn this into a trio, simply add cream for a White Russian. From there, replace the cream with Baileys for a Mudslide, or the vodka with amaretto for a Toasted Almond. The ratios and techniques don’t really need changing for any of the trios, so by learning one, you have the specifications of four cocktails memorised. Similarly a Godfather is 2:1 Scotch whisky and amaretto. By replacing the whisky with vodka, you get a Godmother, or by adding one part cream to either, you get the Godson and Goddaughter respectively. Change the amaretto of the Godfather to Drambuie, and you have the Rusty Nail. Five cocktails with the same ratio, but a lot of variation depending on the brands used.

As a rule of thumb, duos are served on the rocks, while trios are served up in a cocktail glass. Given the reduced number of ingredients, the garnish can be quite an important part of these drinks, adding in another dimension with citrus or spice accents.

Modern bartenders are all too happy to shroud our work in mystery, making complicated drinks with dashes of homemade bitters, complicated garnishes or molecular foams and pearls to stand out from the crowd. Sometimes it takes writers like Gary Regan to make us realise that the simplest families of drinks can be equally as rewarding.

Not two, but three duo and trio recipes 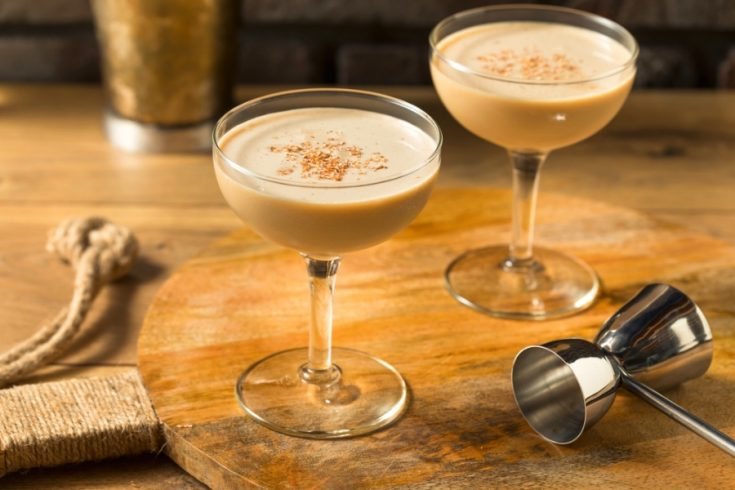 The oldest of our three recipes, this trio was originally a gin-based cocktail created prior to the 1930s (one credit for the drink goes to Harry MacElhone in 1922 at Ciro’s Club in London), although the Alexander’s most popular incarnation these days is with Brandy.

Many recipes call for 2 parts brandy to 1 part cacao and 1 part cream, but as long as you’re using a good brandy, the spirit can be increased. VSOP cognac is good, but armagnac gives a nice earthier taste. Alternatively try calvados for a slightly lighter variation that works particularly well with the dusting of nutmeg. By replacing the brandy with Galliano and increasing the cream, you make a Golden Cadillac.

Shake hard, double strain into a cocktail glass and dust with nutmeg.

There is no traditional duo for this, but if you want to try it, I recommend making your own cacao by infusing brandy with cacao nibs if you can get them. Leave for at least week (preferably longer if you can), then stir 30ml brandy with 30ml infused brandy and 10ml simple syrup (or less depending on your tastes). Strain into a cocktail glass and garnish with grated dark chocolate. This is a much drier, more bitter drink, more akin to an after-dinner coffee than dessert. A drink most popular in the 1950s and 60s, this came about not long after the launch of Kahlua by Pedro Domecq in 1936. It’s a very simple combination that most probably originated as a piece of brand marketing for Kahlua and the fashionable Smirnoff vodka, but is credited to Gustave Tops in 1949 at the Hotel Metropole in Brussels. The flavour is a little one-dimensional as a duo, but it is easily manipulated to a White Russian with the addition of 20ml cream. To develop the drink further, it’s easy to reduce the other ingredients and add additional liqueurs that might work well with coffee, such as vanilla or cherry.

Build in an old fashioned glass, pouring the vodka first. Stir and serve.

To convert to the trio, add 20ml double cream, shake hard and double strain over ice in a rocks glass. Add a dusting of cocoa powder or some broken coffee beans; to convert to a Mudslide, replace the cream with Baileys. 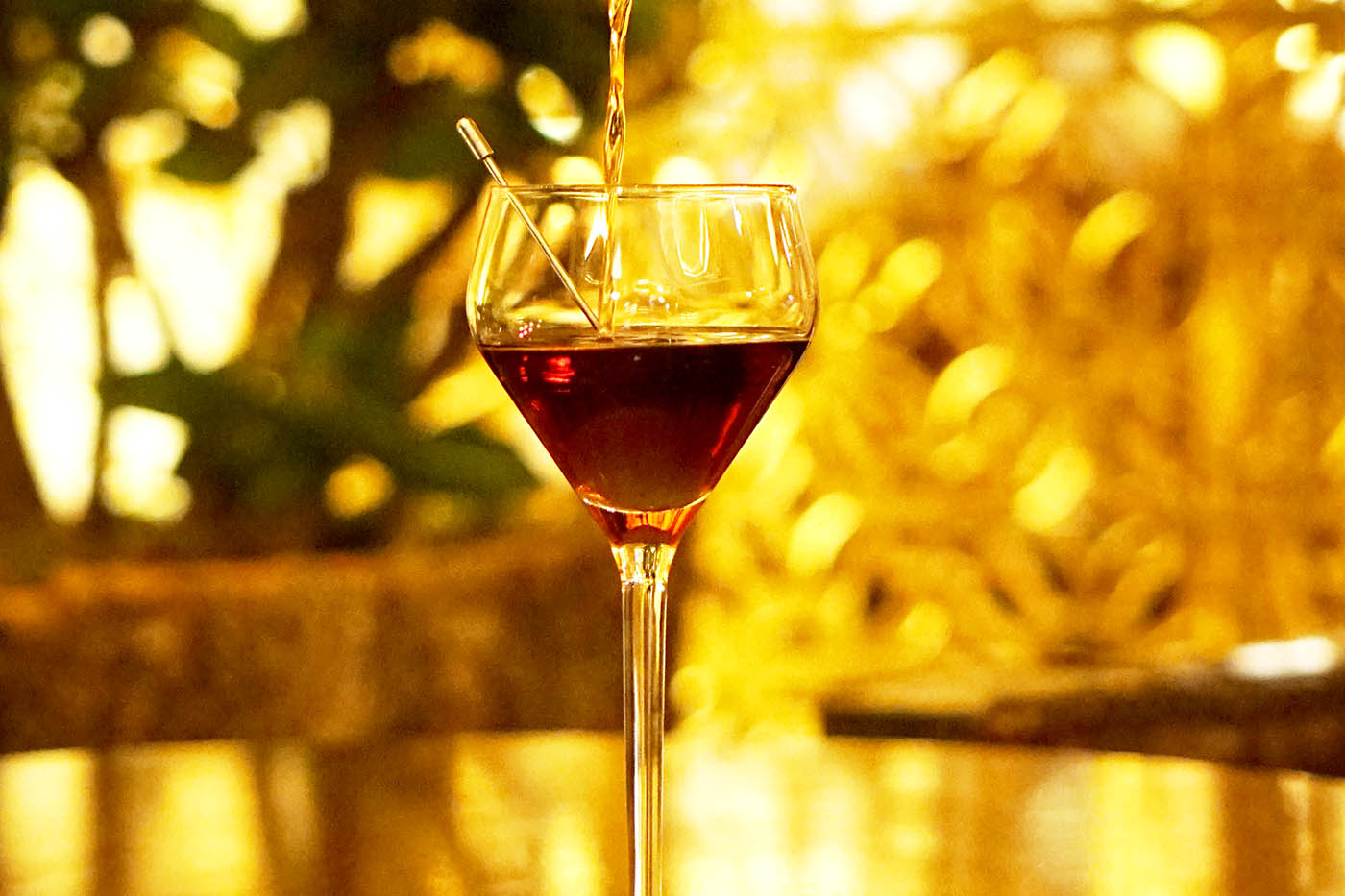 Dubonnet is one of those old ingredients that tend to sit behind the bar with little attention; not many of the modern classics call for it, and rarely does a customer ask for it by name. The combination of fortified red wine, herbs, quinine and spices (including orange peel, coffee, cinnamon and chamomile) is famously drunk by Queen Elizabeth II, but most bartenders would be hard pressed to think of a cocktail containing it. Given the current fashion for vermouths though, I would suggest it should be revisited more often, and what better way than with this classic duo from the 1920s.

Either stir in a mixing glass and strain into a chilled cocktail glass, or stir directly on the rocks in an old-fashioned glass in the manner of a Negroni. Dubonnet is sweeter than Campari, so a lemon twist is recommended by many cocktail authors instead of orange. Making this into a trio is not really recommended.

Easy as one, two, three

While a simple starting point, the duo is the basis for most cocktails, so think carefully about how the two main ingredients work in any drink before getting complex. Perfect the basics and the rest will follow.

It’s not just about two or three set ingredients. There are many different brands and styles of spirit and liqueur, so don’t just use your house pour vodka and coffee liqueur for example. Experiment with brands and differing proportions to see what flavours you can get out of two ingredients.

When you only have two or three ingredients, the method of mixing has even more effect on the drink. Stirring or shaking will result in two totally different tastes and textures, so play around to see what happens with different shakes, or with shaking and blending for trios.

When mixing drinks with cream or milk, make sure you shake long and hard to properly mix and emulsify the ingredients; watch it though, as too much can result in separating and curdling (it is how butter is made, after all). It’s also better to double strain to prevent melting ice shards from causing the drink to separate out.

This scholarship awards USD$1000 to travel to cocktail conferences