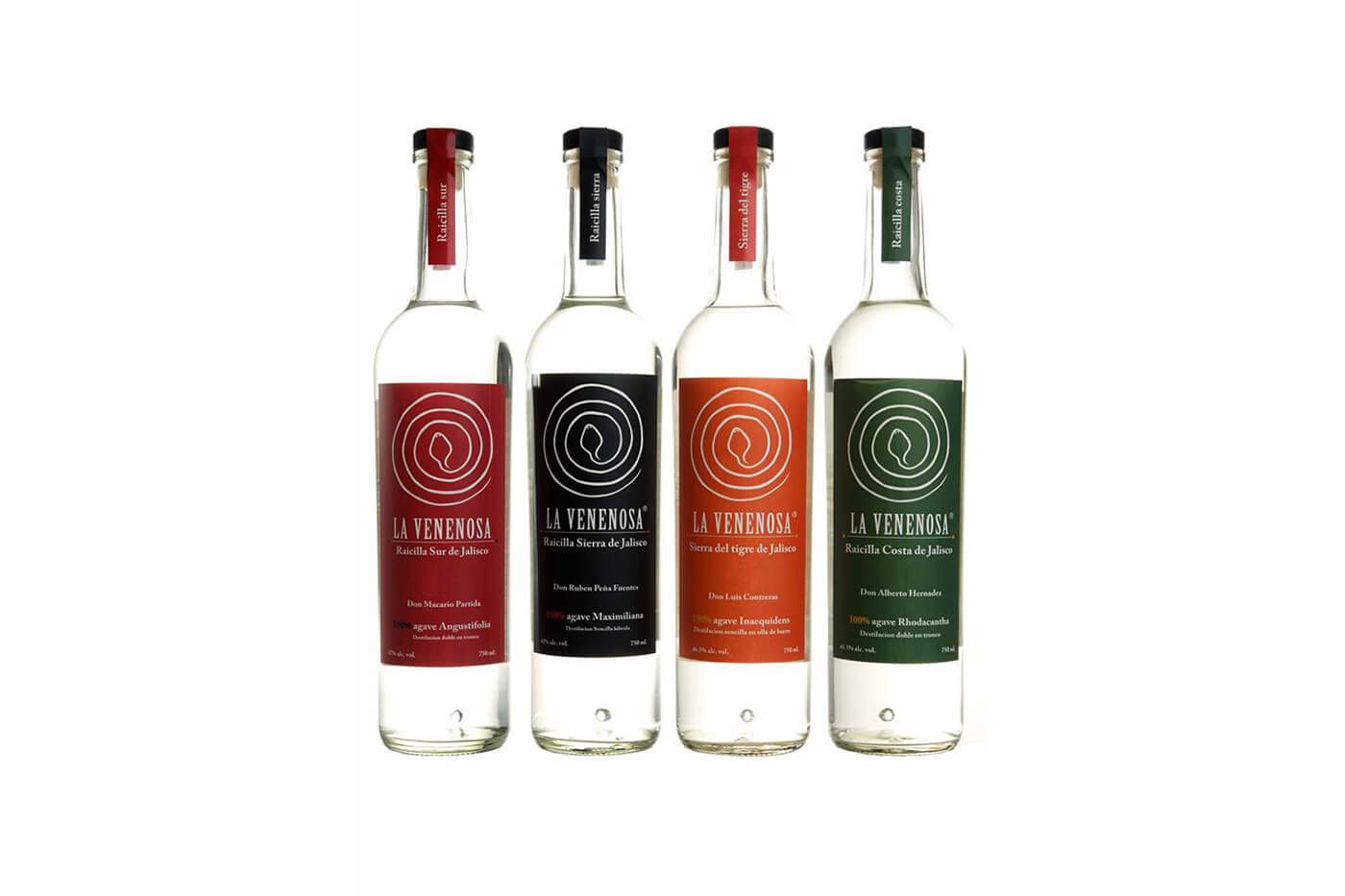 What is it These are the first raicillas to arrive commercially in Singapore and probably Asia. After mezcal got New York turned on to a bolder type of smoke-backed agave, raicilla (and its other agave-cousins, sotol and bacanora – not yet available here) are keeping the momentum up, albeit in much harder-to-export quantities. Even in Brooklyn these are rare, so to get them here is a genuine event. Let’s keep the education brief: raicilla is a rustic, Mexican, agave- based spirit, made from the fire-roasted and fermented pinas of agave angustofolia (yellow agave, or “chico aguiar”), maximiliana, rhodacantha and several other varieties that can be found in its home state of Jalisco. Tequila, remember, also from Jalisco (plus a few small areas of other states), can only be made from agave tequiliana (blue agave). Raicilla is usually distilled in rudimentary stills, which, as the Spanish-language labels of the La Venenosa range reveal, could be clay pots, copper-bottomed oak vessels or a “filipino-arabe” – a hybrid of the alembic design with 16th-century, Philippines-imported technology featuring two metal kettles, bamboo and a hollowed- out tree trunk. More important is the taste.

What it tastes like Just imagine the full sensory scope of everything you’ve gathered together under the broad definition of distilled spirits, then take a sharp left and move into a completely parallel palate. The nose on this, the Sierra del Tigre – admittedly the most out-there of the three on offer – tracks olive oil, pulque and manchego cheese. Then the flavour: sourness on the attack like no other category, closer to whey or lime, followed by smoke and ash. Another label, the Costa de Jalisco, is the most mainstream, but boasts a gin-like herbaceousness that makes tequila’s grassy notes resemble sedate village cricket. The third, Sierra Occidental, is midway between, but still breaks completely new ground with a mix of brine, pickling juice and liquorice. Rough and ready, adventurer drinking, and a whole new plaything for your cocktails. 46 per cent abv.