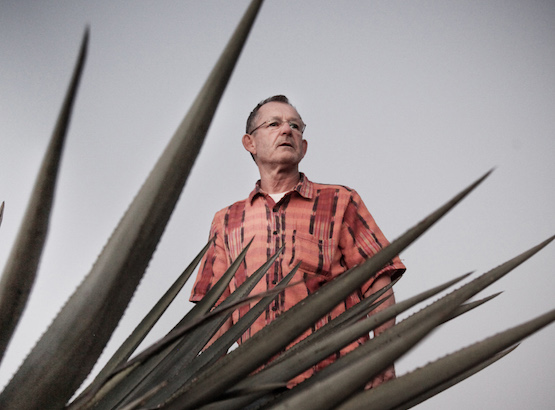 Founder of Ocho tequila, tequila ambassador and the man credited with introducing the spirit to Europe, Tomas Estes discusses the issues facing the category right now. By Jonathan White.

Tomas Estes: I personally think it’s really good for the category because it brings awareness to it. My interest is that people go from any other spirits into agave spirits, so if they drink vodka, or gin, or whiskies, they see this celebrity endorsement and say, “Oh, I’ll try Casa Noble, Casamigos or Sauza 901,” and then they do, and like it, and venture into other brands within the category.

DRiNK: How about the growth of anejo and extra anejo expressions?

TE: It’s also good, because it gives whisky, scotch, cognac drinkers a different experience and maybe they can enter the tequila category through the portal of what they know as an aged spirit. In my bars in London we have a tequila, the Jose Cuervo 1800 Coleccion, that we sell 35ml for GBP125 (¥1,200). That would be seen as a luxury item. People are looking for premium spirits in all categories and tequila deserves to be in that group. I think premiumisation is a good thing – it creates a golden halo on the rest of the product line. But the idea of premium and super premium is 30-odd years old and these categories are still being expressed in different ways by different houses. Sometimes they talk about their ageing; sometimes they make up other stories. But the whole idea of handmade, artisanal is definitely one of the large appeals of these agave spirits. The tequila producers that are savvy are wanting to get in on this idea.

TE: I do think it has a lot to do with the idea of transparency. And it’s not just about the age spent in barrels, but the age of the agave plants that were harvested to make each tequila – usually around eight years, but sometimes as little as five or six, and sometimes as much as ten. Those years should count, because the agave is in the ground all that time, and the goodness of Mother Earth is being soaked up by the roots. That is not happening yet in tequila. No one has thought to do that – and it would also be pretty hard for a lot of producers to state that because they use different ages of plants in their production, because it’s mass production. But I think transparency and saying where the raw material is from is in fashion across food and drink. Call it slow food. Meanwhile, mezcal and other agave spirits put lots of technical data on their bottles – although you will very rarely see mezcals, raicillas (the agaves of which can age in the ground for up to 31 years) or bacanoras that are aged in barrels because they don’t want to mask that flavour.

DRiNK: Should people regard blanco as the truest form of tequila?

TE: I don’t know if they should, but they tend to gravitate to that way of thinking because blanco is the most unmasked, the most unclothed. It’s quite a challenge to argue against it. It’s the most “tequila” of tequilas. I believe that all agave spirits are distinctive in their own way but each requires an acquisition of taste and the blanco is most distinctive of all of them. It is so raw, so open, so uncovered. I think it’s a challenge for people to acquire that taste. When they do like it they are sometimes proud of that because it makes them a nonconformist.

DRiNK: How do you personally bring people into tequila?

TE: I tell them it’s not better, but it is different. If they drink Gin and Tonic then I say let’s make Tequila and Tonic. And let’s see what happens. I think the image of tequila is helpful. It seems to be this edgy, somewhat dangerous, bad boy, foreign, romantic, Mexico-based spirit and I try to play that card. In other words if you were in a bar and you were chatting someone up and you offered to buy them a drink and they say a whisky,­ you might end up having a very stimulating conversation about politics; if they said tequila, you’d think “I better have a condom”, right?

DRiNK: So you don’t think education about the category is made difficult because of the long association in the West with college parties, hangovers and shots?

TE: Acknowledge that tequila is the bad boy and has this louche reputation. To deny it is to deny reality. But that tequila I mentioned, the Jose Cuervo 1800 Colleccion, that is a tequila we sell 35ml for GBP125. And we’ve sold over 80 bottles at 20 portions a bottle. It might be a vanity thing – it gets their name on a board – but this product exists. The bad nights and blaming it on tequila – that is tequila. And then there are these refined carefully made tequilas and there is everything in between and that’s the strength of the category. In my bars, we get people that say they don’t like tequilas, so we ask them what they do like and suggest one. We let them try a sip of that and 95 per cent will go for it. But that stigma does not exist in the Chinese market because the guests have not had that bad experience previously. So we’re starting at zero rather than minus 50.

DRiNK: How can people acquire that taste for agave spirits?

TE: Treat it with respect. Use a tasting glass. It will flatter whatever is in it. Open up the gases and reform them. It’s also very psychological. The glass will say to the guest, “Hey this is actually a product that we can respect. This is a product that is not just to be shot down. Take your time.” When I am out there talking about this, I try to get people to understand about tequila and agave spirits. I also try to stimulate them. Appeal to their heads with the educational elements, appeal to their hearts with the stimulation: what tequila is and what it can do for them.

DRiNK: Is there really a difference between the Highlands and the Lowlands?

TE: Yes, if we believe in the effect of terroir, that it exists in grapes, grass grown for cows to eat or grass grown for people to smoke, in coffee, tea or agaves. But the question is Highlands versus the Tequila Valley, because the Tequila Valley is 1,600 metres above sea level, so it is hard to call it lowland. What confuses the difference is that the producer in the Tequila Valley and the producer in The Highlands, and in between, make all of these decisions that also alter the product. At what age do they harvest the agave, how are they cooked? What is the yeast type, do they use accelerators? What is the distillation, what is the still: column or pot? Big or little, copper or stainless steel? That list could go on and on and on. Regardless, the difference between the Highlands and the Tequila Valley is huge: big difference in soil, big difference in temperature, big difference in altitude. The Valley is an easier growing region – valley soil, hotter in the day, hotter at night. It’s more conducive to growing agave crops. The Highlands, the soil is clay, it’s cooler in the day and cooler at night. The plants need to struggle more to grow and this creates more sugar, so the plants in the Highlands have a higher average sugar content. I would say there is a different flavour.

DRiNK: What are the differences between the processes, for example clay and stainless steel ovens?

TE: In that example, they are both heated by steam, but the autoclave, stainless steel oven can be highly pressurised so can cook quicker. To me, it’s not so much the importance of the vessel as the temperature inside the oven and therefore the duration. What we want for the best quality is a slow cook that totally changes the plant chemically. Cooking in an autoclave can be quicker – as quick as eight hours – and a lot of people want to cut the time down to save money and make a commercial product. For milling, between tahona wheels and automatic crushing there is a difference. I was looking whether there was more agave or more tequila flavour, but I have not heard of anyone finding that. The agave essence quality is similar, but there may be more floral notes or more herbal notes in one than the other. The most important technique in all of this is passion, care, pride: in agave spirits, in anything.

DRiNK: The dying out of traditional jimadors is being painted as the next crisis facing tequila. Do you think this is true?

TE: What we are finding out in different villages is that, because mezcal is popular and selling, the youth are coming back. There is better money and pride. The creation of mezcal in those villages may have previously been only for those villages – for rituals and parties. Now it is in fashion, there is a pride around it. If market economics work correctly and they need jimadors there will not be a threat to the supply of those in any market including tequila.

DRiNK: There’s talk that we are in the middle of an agave shortage that is set to continue, what’s your view on that?

TE: Because this cycle of growth from planting to harvesting is usually eight years, we have this extremely inelastic supply. The demand now is up to whatever the market brings us. But we haven’t always known how to match supply with demand, which creates these swings of gluts and dearths. There was a glut three or four years ago, when agaves were so cheap, many could not afford to pay a harvester to take the plant out of the ground and get it to a buyer, because they could not recuperate those costs. It was below MXN1 [¥0.38] a kilo. Right now it is about 5.50 [¥2.09] per kilo. In between, it went up to 7.50 [¥2.85] and then down again. If we can trust the market price, if that were a pure price, then we would say it’s kind of stabilised at 5.50. However, there are those conspiracy advocates that say the market price is being manipulated by various people, often they say the big guys.

DRiNK: What affects the cost of a bottle of tequila?

TE: Justification is that with the agave ageing eight years in the fields, there is a cost in that. So there’s the basic cost of raw materials, then you have labour, which depends on each producer and what they pay their employers; maintenance and Mexican taxes as well – I don’t know if that is only domestic products or exports too – but it is very highly taxed in Mexico itself. Also, the more industrially these tequilas are made the cheaper they can be. The price of a handmade tequila is going to be much, much higher than a highly industrialised mass-produced tequila. As more and more family businesses are sold to multinationals, we can understand they may be driven by profit and making their tequila cheaper.

The Tequila Ambassador, published by Odd Firm of Sin, is available from www.diffordsguide.com.