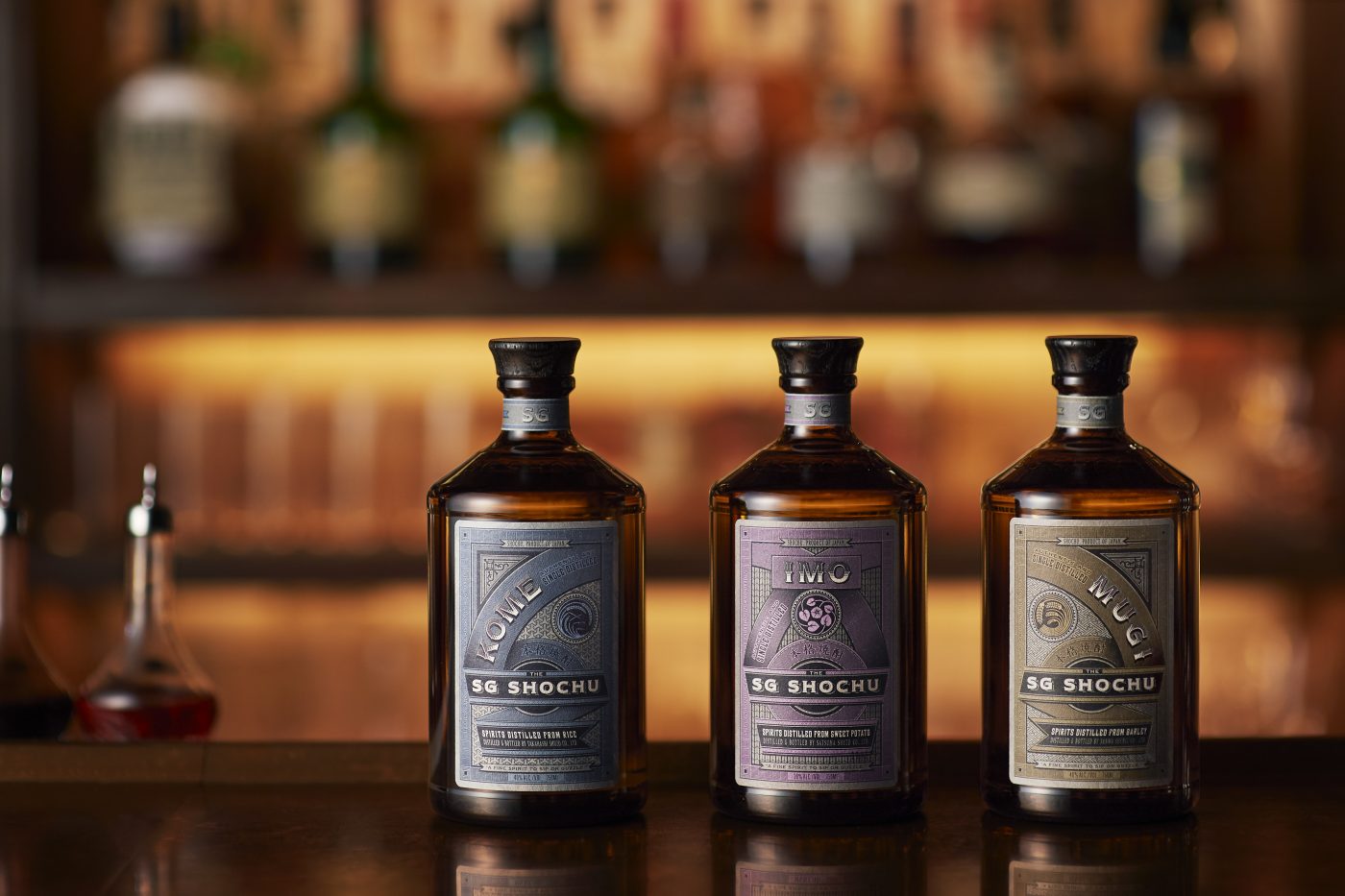 Gokan hopes to up shochu’s presence in cocktails across the globe with SG Group’s new higher abv spirit. By Holly Graham.

Shingo Gokan’s SG Group is adding to its burgeoning stable – which currently includes Speak Low, Sober Company and The Odd Couple in Shanghai, The SG Club in Tokyo and an upcoming bar in New York – with its very own shochu brand. The SG Shochu is a collaboration between SG Group and three major shochu producers from Japan, striving to bring the Japanese spirit to cocktails and back bars around the world.

For those unfamiliar with it, shochu is single distilled spirit that uses different base ingredients such as rice, sweet potato, barley, buckwheat and sugarcane – but there are over 50 ingredients approved for use in shochu. It’s usually bottled at about 25 per cent abv, but The SG Shochu is bottled at around 40 per cent abv, intended to be used as other base spirits are in cocktails.

Kome, produced by Takahashi Shuzo, is 40 per cent abv, with a silky smooth mouthfeel and subtle notes of apple and pineapple, with a fresh, crisp finish.

Imo, created by Satsuma Shuzo, is bottled at 38 per cent abv and uses a rare variety of purple sweet potato with a tropical yet floral nose.

Produced by Sanwa Shurui, 40 per cent abv Mugi blends several different types of barley shochu – some barrel aged and others using special distillation techniques – to create a symphony of chocolate and vanilla notes, rounded with a fruity funk.

Of the spirit, Gokan says: “We believe shochu has huge potential to become the next big thing in spirits, much like mezcal has. Shochu’s flavour, processes and 500 year history are very unique, and I think that’s going to really help bartenders and consumers fall in love with it.”

The SG Shochu will launch in Japan this Friday, February 14 and will be available in China and USA later in 2020.