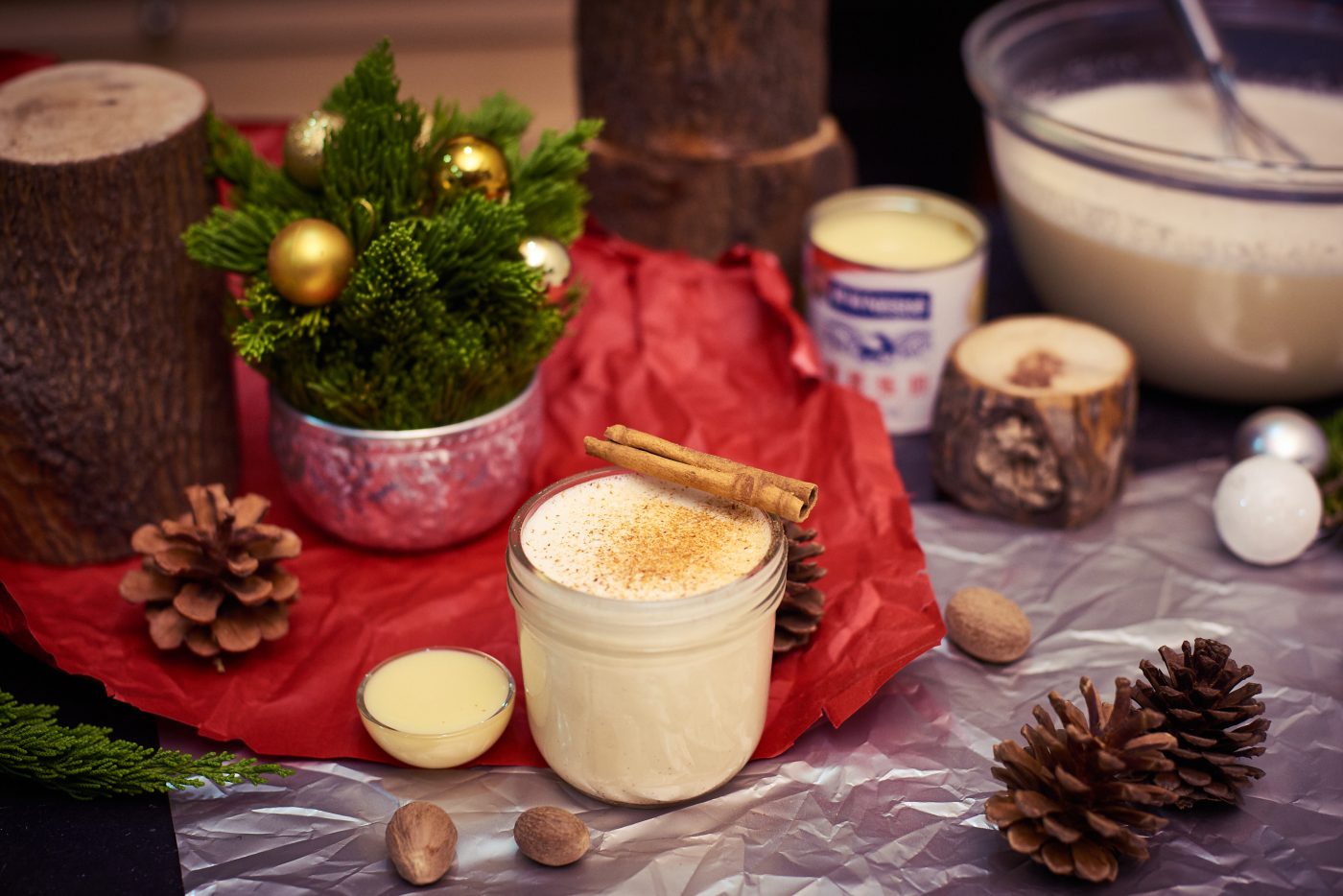 This recipe was first published as part of our feature on Eggnog.

Latin America’s playful answer to Eggnog gets its sweetness from canned milks, together with coconut, spices and rum for a drink nobody refuses.

“Coquito is a drink where you eyeball the ingredients while dancing to Salsa music – it’s different for every family, and always made with a bit of Hispanic flair! Adjust ingredients according to your preferences.” One batch serves 10-12.

Mix sweetened condensed milk, cream of coconut, evaporated milk, vanilla, spices and cinnamon sticks in a large saucepan. Warm over medium-high heat until just starting to simmer. Remove from heat, cover, and let infuse for 30 minutes. Beat in the eggs (if using) and add the rums. Bottle tightly and chill overnight or at least two hours before serving. Garnish with a cinnamon stick and a pinch of nutmeg.

*Micaela explains that some say Coquito has always had eggs, others say never – so remove the eggs if needed.