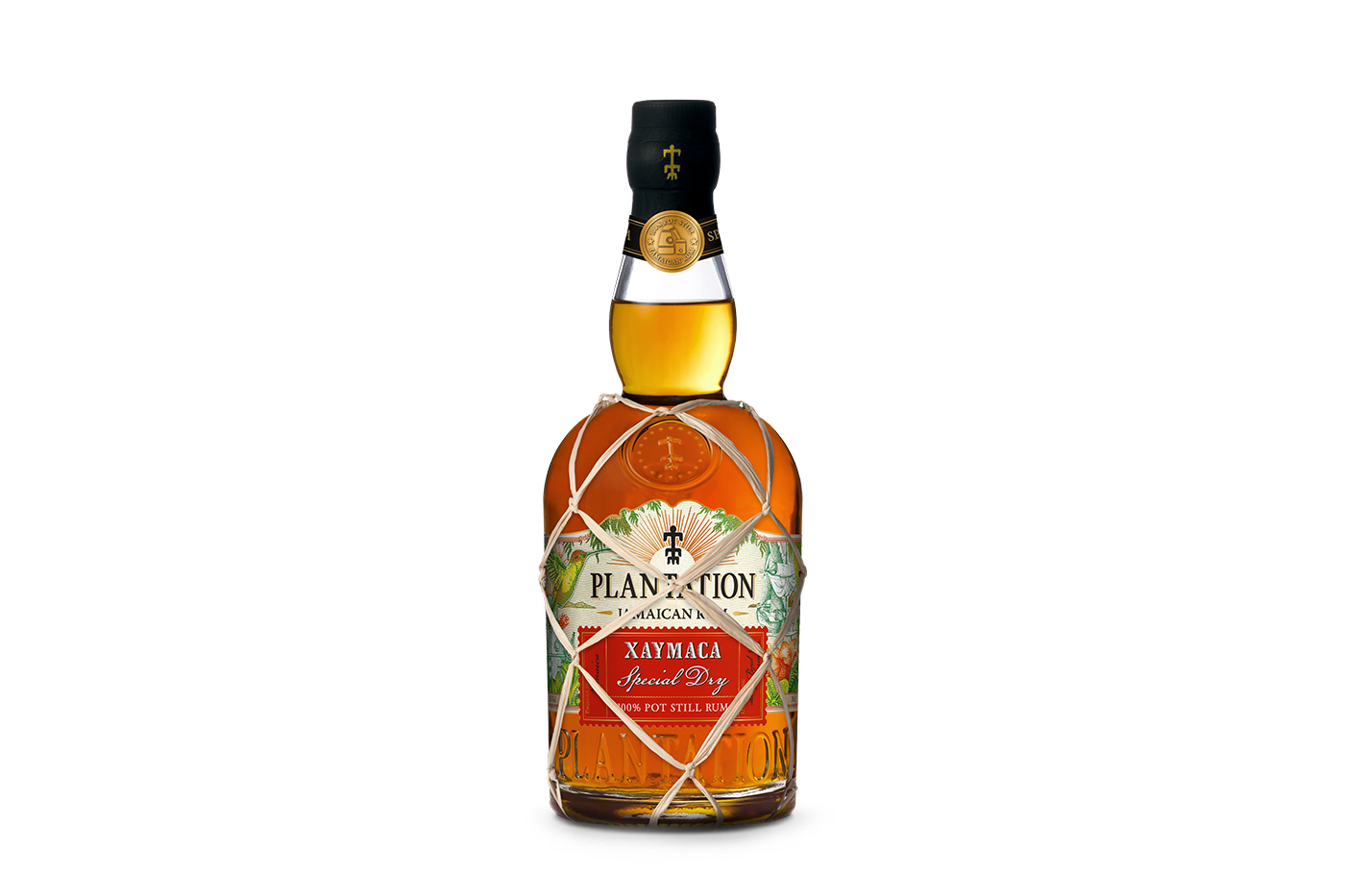 What is it? Xaymaca Special Dry is Plantation’s brand new 100 percent Jamaican pot still rum. The name is taken from what Jamaica’s first inhabitants – the Arawaks – originally called the island. A realisation of Plantation master blender Alexandre Gabriel’s dream to blend a 100 percent pot still Jamaican rum, this was achievable thanks to Plantation now owning a third of the Jamaican Long Pond and Clarendon distilleries. Xaymaca blends rums distilled in Long Pond’s old John Dore pot still at Long Pond and Clarendon’s Vendome, and is then aged in ex-cognac casks. The “special dry” is a nod towards the fact that this rum has no dosage, unlike Plantation’s other rums.

How does it taste? On the nose, meatiness and smoke combine to give an almost earthy quality, mellowed out with a chaser of ripe tropical fruits. On the palate, it’s not as funky as other Jamaican rums, but there’s a definite trace. Salinity spikes the tip of the tongue, which eases into floral notes combined with peach and pear thanks to the cognac casks, rounded out nicely by a hint of creamy nuttiness. Sip it neat or mix it up into a Collins. 43 percent abv.