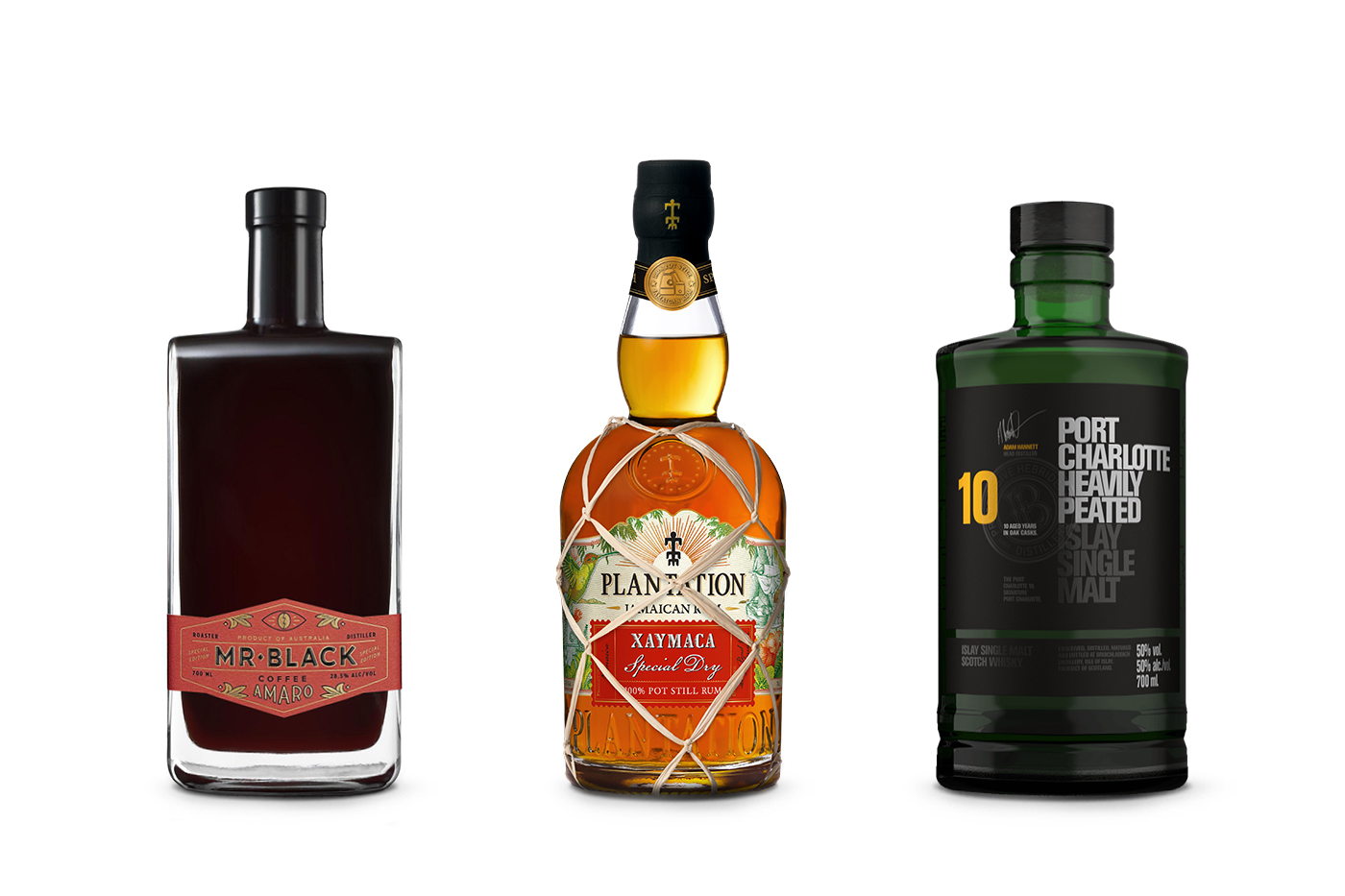 Plantation Xaymaca Special Dry
Xaymaca Special Dry is Plantation’s brand new 100 percent Jamaican pot still rum. The name is taken from what Jamaica’s first inhabitants – the Arawaks – originally called the island. A realisation of Plantation master blender Alexandre Gabriel’s dream to blend a 100 percent pot still Jamaican rum, this was achievable thanks to Plantation now owning a third of the Jamaican Long Pond and Clarendon distilleries. Xaymaca blends rums distilled in Long Pond’s old John Dore pot still at Long Pond and Clarendon’s Vendome, and is then aged in ex-cognac casks. The “special dry” is a nod towards the fact that this rum has no dosage, unlike Plantation’s other rums. On the nose, meatiness and smoke combine to give an almost earthy quality, mellowed out with a chaser of ripe tropical fruits. On the palate, it’s not as funky as other Jamaican rums, but there’s a definite trace. Salinity spikes the tip of the tongue, which eases into floral notes combined with peach and pear thanks to the cognac casks, rounded out nicely by a hint of creamy nuttiness. Sip it neat or mix it up into a Collins. 43 percent abv.
Available from: Hong Kong, Proof & Co (+852 3480 8588); Singapore, Proof & Co (+65 8518 8183)

Bruichladdich Port Charlotte 10
Bruichladdich has relaunched its heavily peated single malt whisky Port Charlotte with a brand new Port Charlotte 10, replete with a snazzy new green glass bottle nodding toward its fellow Islay category bottles, and sexy modern labelling. As with all Bruichladdich products, Port Charlotte 10 is conceived, distilled, matured and bottled on Islay, using spring water from the island too – made very clear in Bruichladdich’s trendy new “We are Islay” campaign which spotlights its employees and the island. This is the first of the new Port Charlotte range, nestled in the middle of Bruichalddich’s spectrum from unpeated to the unfathomably peated Octomore. Produced in tall, narrow necked spirit stills, the whisky is matured in a combination of first fill ex-bourbon casks, second fill bourbon casks and second fill French wine casks from Bordeaux. On the nose, it has a meaty, barbecued aroma of Aussie proportions which calms into creamy vanilla. On the palate, it’s peaty yet more elegant and dainty than robust, thanks to the lack of medicinal notes other Islay peated whiskies sport. At the back, the barbecue finishes with everyone ‘round the campfire – in a burst of charred wood. A great neat sipper, but would also make a great Old Fashioned or Whisky Sour if one was so inclined. 50 percent abv.
Available from: Hong Kong, Telford (+852 2366 9188), Singapore, Drinksfellas (+65 6438 3877)

Mr Black Coffee Amaro
Mr Black – who recently appointed Martin Hudak, ex-senior bartender at The American Bar at The Savoy and winner of the 2017 World Coffee in Good Spirits competition – has also added an amaro to its range. This coffee amaro is the product of 14 distilled and macerated fresh botanicals – orange, lemon, coffee, angelica, Illawarra plum, coriander, liquorice root, macadamia, gentian, lime, quassia, carraway, grapefruit and cardamom – with the citrus coming from Mr Black’s very own distillery garden in Erina, Australia. The modern, caffeinated take on the traditional Italian liqueur is a natural progression for the Mr Black range, as the company is a gin distillery by day and a coffee roastery by night, meaning they know their stuff when it comes to coffee and botanicals. On the nose, the orange and coffee are prevalent – almost like the aroma of a tin of Roses chocolates in which everyone has left behind the lambasted coffee and orange creams – but in a good way, thanks to the lingering smokiness. On the palate, the punchy orange is first up, followed by smooth coffee in the middle and a little kick of bitter grapefruit on the back. The finish manages to be almost creamy, even with its very apparent citrus. This one won’t be left behind in the Roses tin. Perfect to sip on as a digestif, topped with soda, or for a souped-up Espresso Martini. 28.5 percent abv.
Available from: Hong Kong, Drinks 99 (+852 3591 1044)