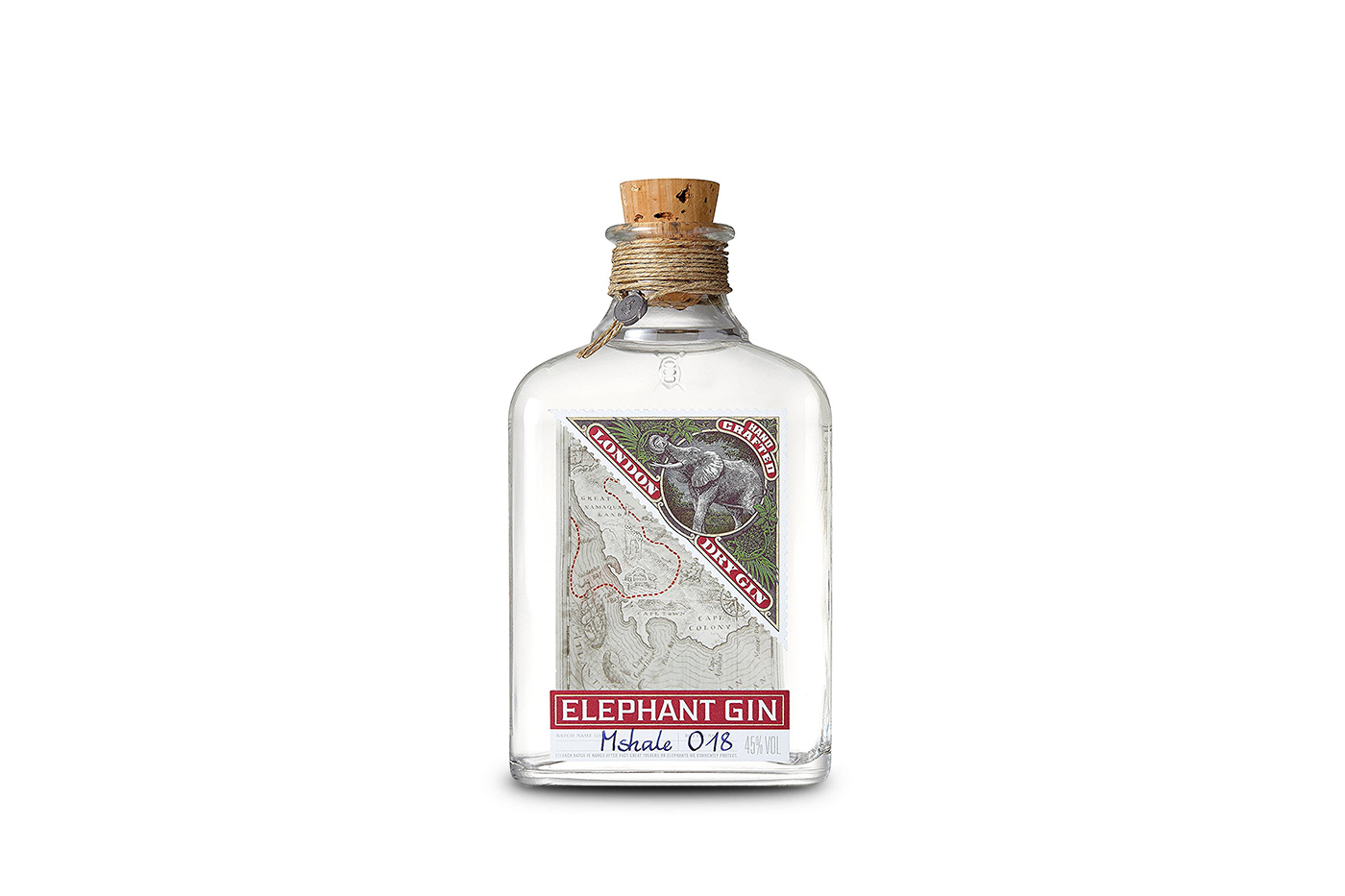 An Africa-inspired gin that donates a portion of profits to protecting elephants.

What is it? Created by three friends inspired by the wildlife and sundowner drinking habits of their travels in Africa, this gin is distilled in Germany and features 14 botanicals, including five from Africa: buchu (blackcurrant flavours, according to Elephant’s own notes), baobab (sharp citrus), lion’s tail (herbs), African wormwood (bitterness) and devil’s claw (aromatic bitterness). The curiosities don’t stop there: lesser-known gin-gredients abound, with ginger, pimento, elderflower, lavender, fresh apples and pine needles all in the mix, among other more typical botanicals (although interestingly Elephant doesn’t contain coriander, orris or angelica).

How does it taste? On the nose: grapefruit, pomelo, fresh pine, crisp morning air upon a mountain. Taste: sweet citrus, fresh pink grapefruit and blood orange, with lingering juniper and spice. Given the South African sundowner of choice would be the gin and tonic, start with that (preferably with a botanical-forward tonic such as Fever Tree’s Mediterranean). And the great news is that 15 per cent of the gin’s profits go to two charities protecting elephants, Big Life and Space for Elephants.

10 random booze facts to toss out to your guests

Who’s on shift: Guest bartenders in Asia this October

Want to start your own drinks brand? Read this first.