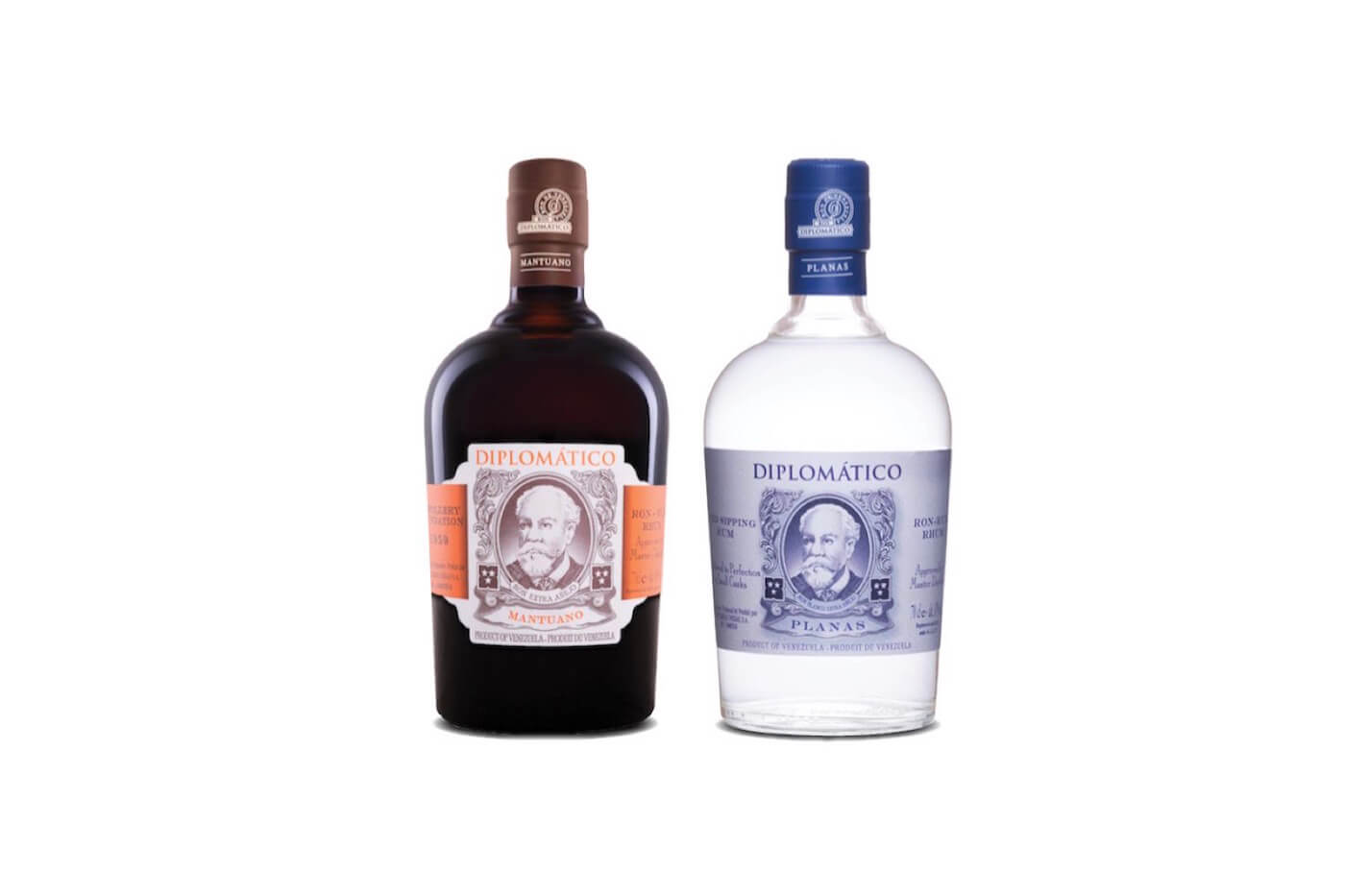 What is it? Two new labels, representing a major tweak to the Diplomatico “Tradition” range. Where you used to find Reserva, now arrives Mantuano (the former Anejo expression has not been replaced); and where you used to have Blanco Reserve, the Venezuelan distillery now serves up Planas. It’s a savvy move. The bottle shape is now aligned (up to the single vintage and Ambassador releases in the “Prestige” range), and the portrait of Don Juancho Nieto Melendez – a mantuano, or nobleman – that used to only grace the phenomenally successful Reserva Exclusiva (and in miniature on the white rum), now gets main billing across all labels. The Mantuano (40 per cent abv) is an assembly of rums aged 2-8 years, with pot stills, bourbon-style kettle stills and column stills producing a full armoury of spirits (ranging from heavy to lighter body) with which Diplomatico’s blenders can get to work.

How does it taste? It’s classic Diplomatico, with sweet vanilla aromas backed by cinnamon and a cooling mint top-note. The palate delivers on the vanilla, but the sweetness develops into vegetal notes and a dry, leather finish. The Planas (increased to 47 per cent abv), meanwhile, is even more intense: coconut and vanilla nose, but also butter-sauteed bananas, butterscotch and lemon meringue – all-embracing, like the luxury of hotel bed sheets. In the mouth, citrus simultaneously attacks alongside a silky, later oily mouthfeel, giving the tastebuds a toffee-like coating just as grass, mint and white pepper ricochet in other directions. Note: Planas includes rums that are aged between 2-6 years (to legally be rum in Venezuela, spirit has to be aged at last two years), but the colour is filtered out by charcoal before being bottled.