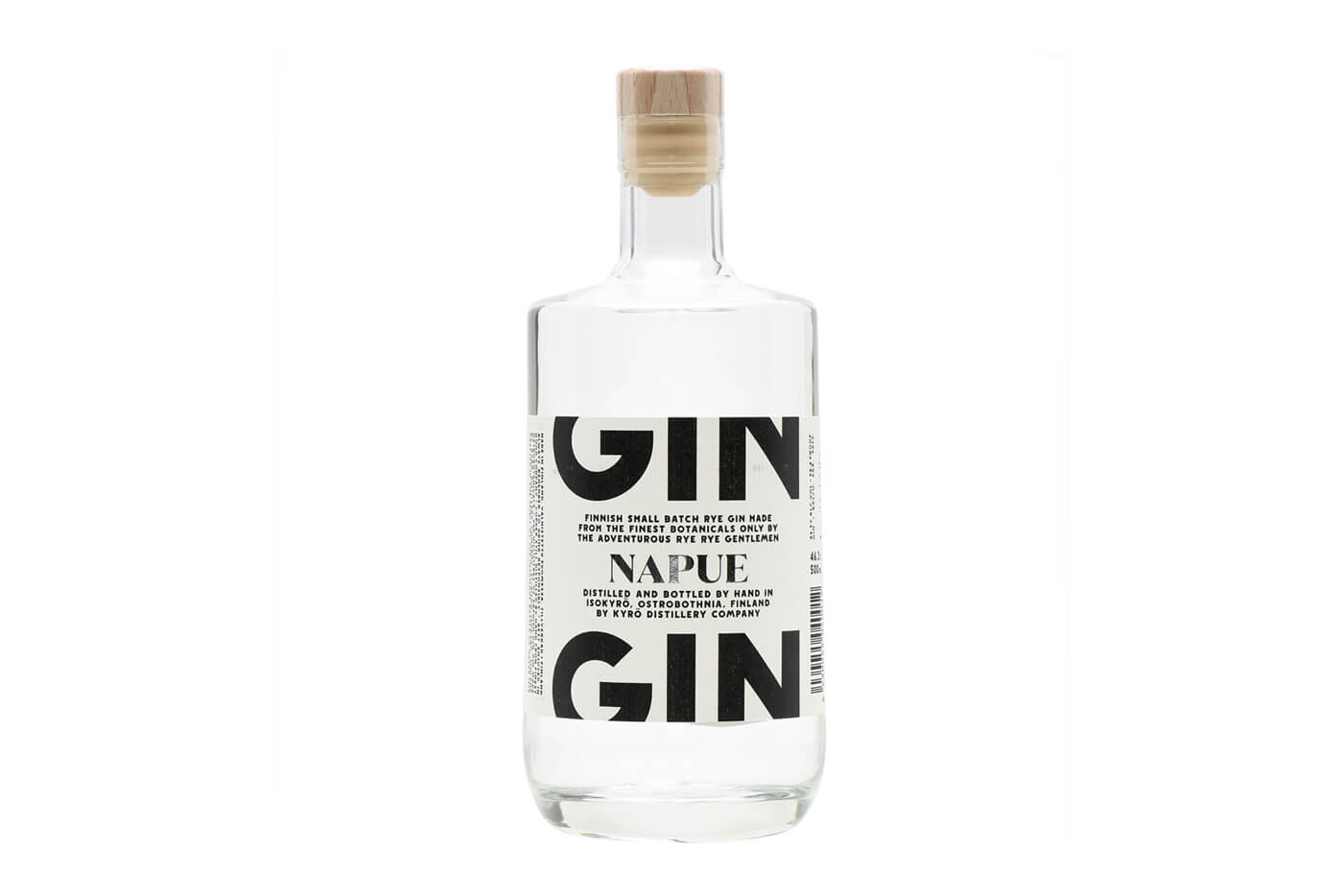 What is it A genuine owner-distilled gin from Finland. Five Finnish friends, all rye whiskey fans, sat in the sauna and one of them suggested they start distilling their own. A disused cheese factory was purchased and a distillery built named Kyro. The plan was rye-only spirits, and to eventually release the first-ever Nordic single malt rye whisky (slated for 2017). For now they sell an un-aged rye whisky, a four-month matured rye whisky and two gins – one aged and this, the Napue. As well as the rye, locally foraged botanicals such as meadowsweet, sea buckthorn, birch leaves and wild cranberry give Napue geographical distinction.

What it tastes like The nose is vivid and highly perfumed, with red fruit and a sweet, medicated, menthol character – birch and meadowsweet. The entry is soft given the rye (and the 46.3 per cent abv), orange cream giving way to cranberry tartness, mint and a blustery freshness. Gins typically owe their boldness to juniper levels, but Napue is bracing by another route, and brilliantly evocative of far northern coastlines and frosty forests.