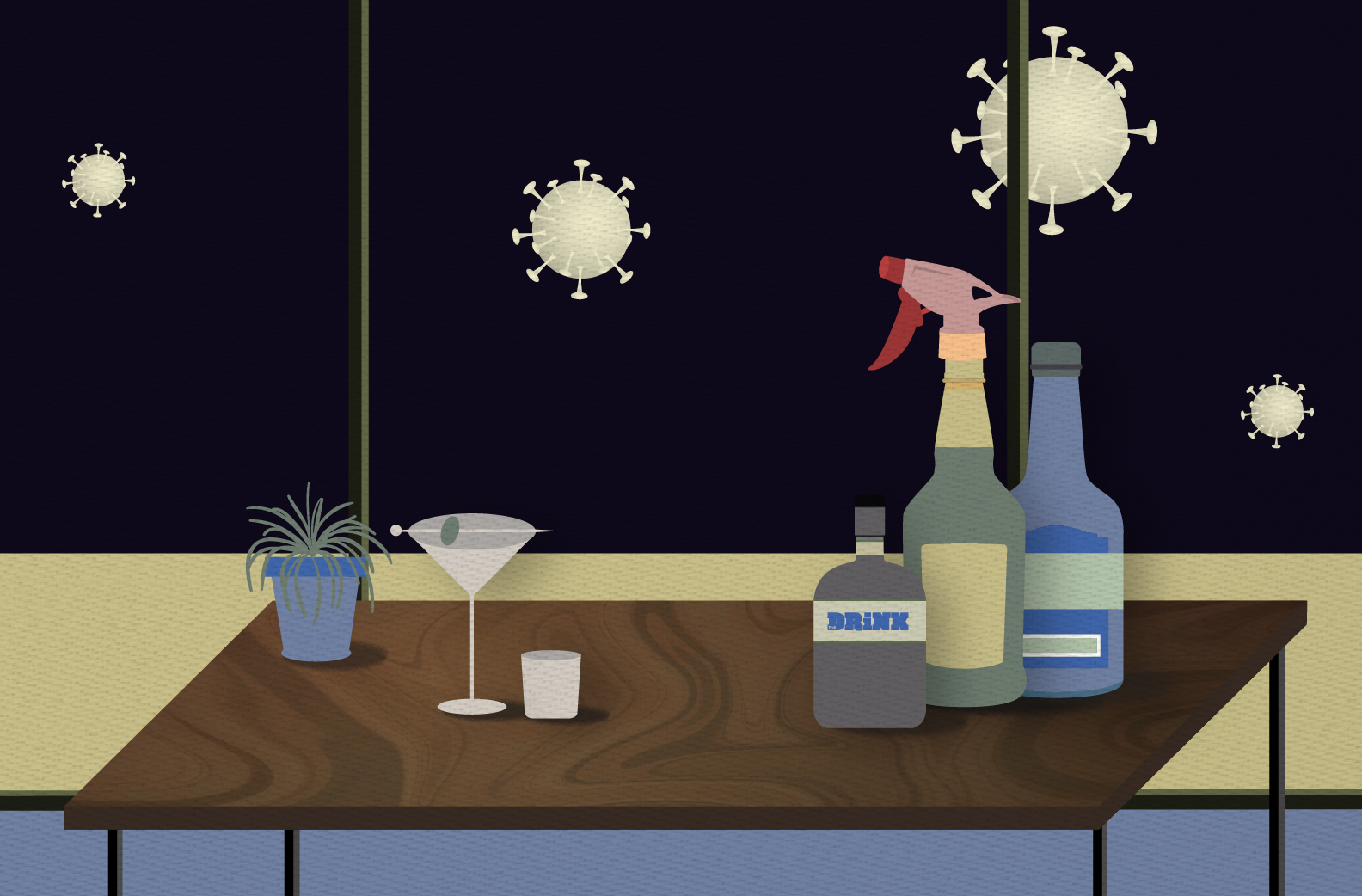 We’ve all heard the saying that strong alcohol kills germs – but is there actually any truth to it? By Elysia Bagley.

There’s that scene in oh so many films when our hero takes a big swig from a bottle of vodka for the liquid courage when facing the impending pain of pouring the rest over a bloody wound… followed by wrapping it with a strip torn from their dirty shirt so they can battle on without fear of infection.

Elsewhere, a friend asks for a sip of your drink… you warn them that you’ve got a cold, to which they respond, “Oh well, the alcohol will kill the germs!” In the face of the COVID-19 coronavirus pandemic, best to know if there’s any fact behind what is normally an absent-minded passing comment.

What you’ve seen on screen, heard so many times at the bar or read in so-and-so’s DIY blog isn’t as rational as it seems. Yes, alcohol can kill germs – but the myth lies in the idea that the mere presence of alcohol will get the job done.

The truth is, distilled spirits such as vodka can’t sufficiently sanitise or disinfect – on their own or as part of a solution – for one simple reason: the alcohol content is too low.

As stocks of hand sanitiser and disinfecting products around the world run short, people are looking for alternatives, with many thinking themselves clever as they reach into their liquor cabinets to rinse their hands and wipe down their doorknobs with the strong stuff. But uninformed advice can lead to a false sense of security when it comes to how you’re cleaning your hands and your home; riskier than ever when your health relies heavily on thoroughly disinfecting… like during a pandemic.

After people started sharing recipes online for homemade hand sanitisers using vodka, this week, Texas-based Tito’s actually took to Twitter to release a statement telling their fans not to use their vodka as hand sanitiser: While vodka definitively won’t do, Tito’s, and apparently other distilleries, are actually in the process of producing legitimate hand sanitiser. Sounds a bit strange, yes – but in response to the resulting shortage of supplies from the epidemic, the US has authorised certain alcohol distilleries to produce ethanol-based hand sanitisers. Tito’s says they’re making 24 tons at the moment, which they’ll be giving out for free.

Now, when a spirits company tells the public not to buy their product for something, that should be enough to convince you. That said, here’s the deal: a proper alcohol-based sanitiser should have an alcohol concentration of 60-95 per cent, as suggested by the Centers for Disease Control and Prevention (CDC).

Most distilled spirits don’t even come close to hitting the low side of that spectrum: if, for example, you have an 80-proof vodka – a pretty typical proof – you’re only at 40 per cent alcohol. That means even if you were cleaning with straight vodka, the percentage is far too low to meet the standard needed to disinfect and kill bacteria and viruses such as COVID-19. On that note, you wouldn’t want to clean with straight alcohol anyway, even if you had a high proof grain alcohol or pure isopropyl (rubbing) alcohol. On its own, alcohol evaporates too quickly – before it has time to properly disinfect – which is why alcohol-based disinfectants are alcohol mixed with other ingredients, creating an alcohol solution.

The final takeaway? Don’t use distilled spirits to try to sanitise yourself, your bar, or anything else you can think of.

As we’ve stressed, now it’s more important than ever ensure safe practices in your venues, so check out our guide on achieving proper hygiene in your bar to make sure you’re staying up to the mark. If you need more info on proper disinfectants, the Environmental Protection Agency has list of 287 disinfectants proven affective against COVID-19 – visit the website to see the full list.