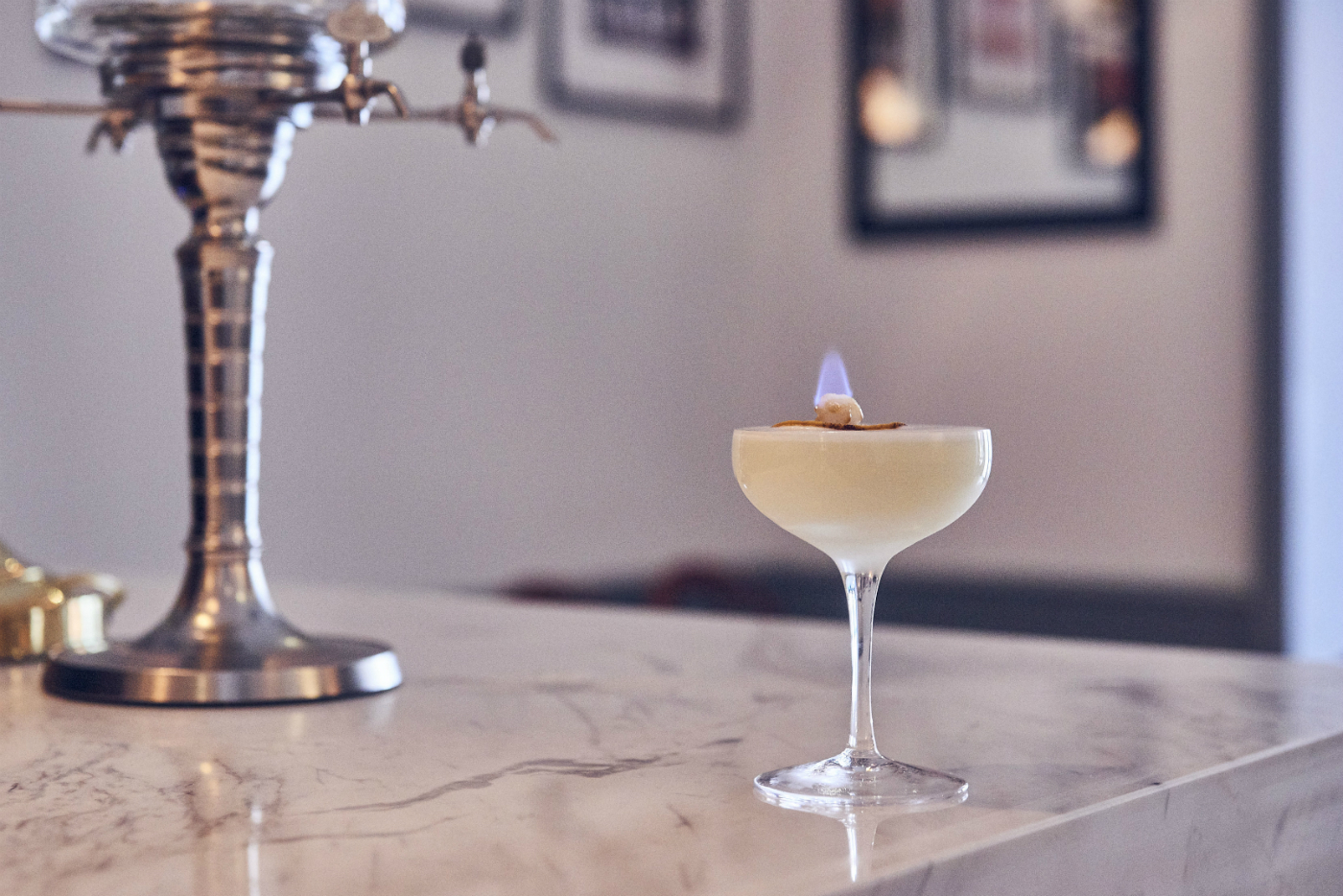 This drink first appeared in our feature on Ars & Delecto in Shanghai.

Dry shake all ingredients and shake with ice again. Double strain into coupe glass. Float a dried lemon wheel and a cinnamon tincture* soaked sugar cube on top and set it on fire.