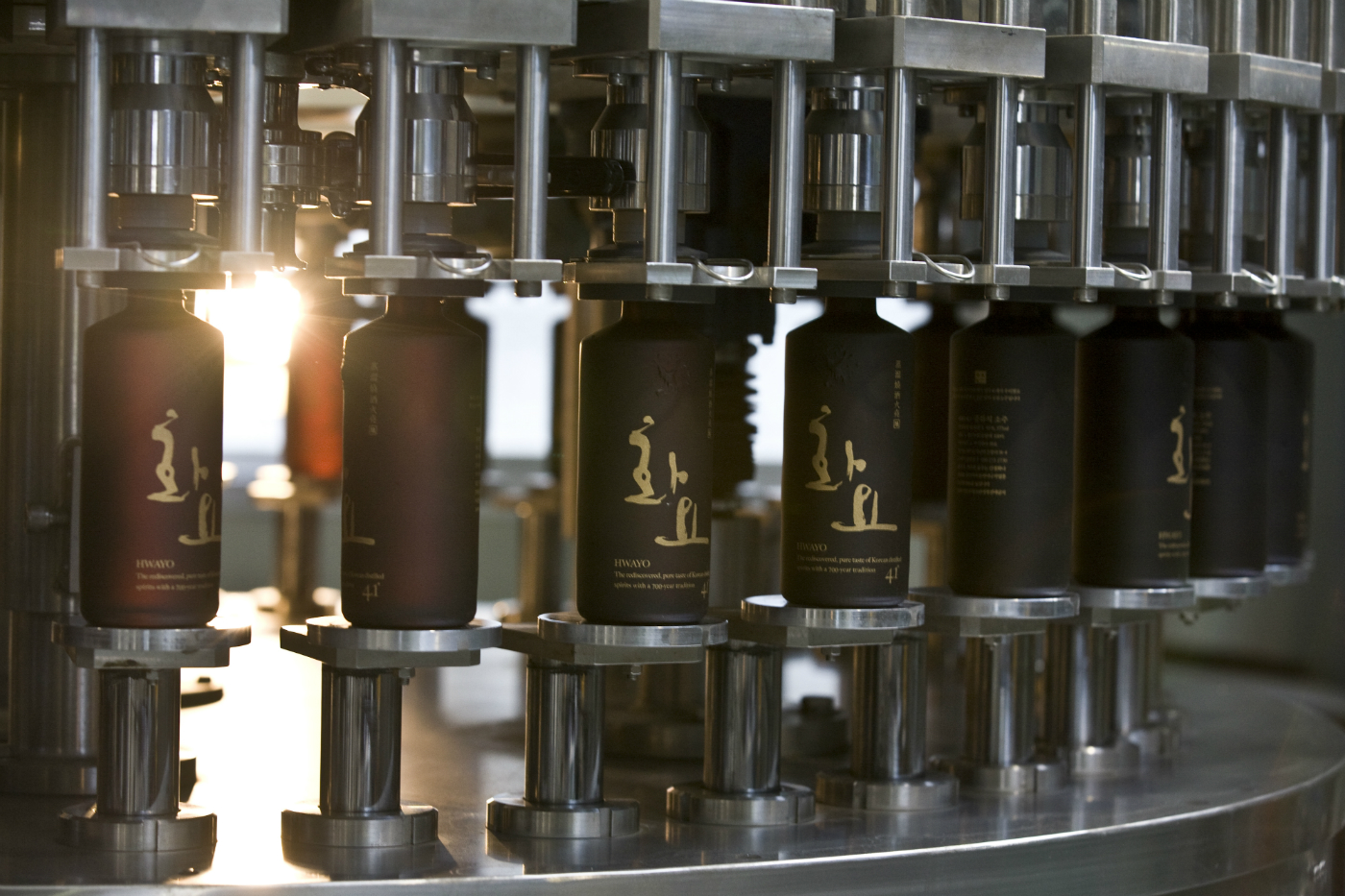 Love it or hate it, soju is ingrained in the fabric of Korean culture, omnipresent from convenience stores to barbecue joints. Incredibly, Hite-Jinro’s soju Chamisul was the most-sold spirit in the world for the sixteenth year running in 2017 – and most of those sales were in Korea alone. To date, they’ve sold over 27.2 billion bottles, and if you think that’s not enough soju, Lotte Liquor’s Chum Churum brand is also the third most-sold spirit globally. It’s as clear as the liquor itself that Korea just loves soju.

Traditionally, soju is distilled from rice, wheat or barley, but mass production has seen rice replaced with cheaper starches such as potatoes, sweet potatoes or tapioca – and therein lies the problem. Traditional distillers claim cheap starches are inferior, and contribute to worse hangovers. Whether it’s the starch source at fault or not, mass production has undeniably resulted in other evils: additives, added sugars, and, most worryingly, the 2013 scandal in which diesel was detected in some of Hite-Jinro’s Chamisul bottles.

Associated with the very casual end of dining and drinking, there are nevertheless a few premium sojus available, including Hwayo, which entered the market in 2005. The name Hwayo (火堯) is derived from the Chinese character so (燒) of “soju” (燒酒) and dividing it to get hwa (火) meaning “fire” and yo (堯) meaning “a high and noble object”. The distillery is located in Gyeonggi province, an hour or so south of Seoul. It’s a reasonably small operation, staffed by around 20 people, and kept impeccably clean. Upon entering, staff and any visitors are given snazzy hair nets and protective jackets to wear, and shoes must be replaced with disinfected sandals. Hands are washed with with soap, dried, then sanitised again with disinfecting gel.

Hwayo is made only from Korean rice, local natural rock water – spring water that’s extracted from a rock layer 150 metres underground – and nuruk, a traditional Korean fermentation starter that acts like koji in shochu and sake, as the enzyme that turns starch to sugar. The rice is first steamed, then the nuruk and water added with a little yeast, to start saccharification and a light fermentation. The rice is then transferrred to a second tank, more yeast added, to bring the alcohol level up for distillation. The wort is then vacuum distilled with more rock water. The low temperature method is, the distillery claims, what gives Hwayo its softness and clean taste. It also means there’s no open flame or heat source involved, therefore less risk of explosion, meaning the product can also be aged in the same building.

The distillate is then aged in ongi (clay pots) for three to six months. In the maturation room, music is played and staff choose a different genre for each batch, ranging from K-Pop to classical. There’s also a small area dedicated to experimental maturation in a variety of casks, including sherry and port, as well as stainless steel and plastic containers. To celebrate the 10th anniversary of Hwayo, the company released “rice whisky” Hwayo X.Premium – Hwayo 41% soju aged in American oak ex-bourbon barrels, which gives the soju vanilla notes and a caramel colour.

Each of the products has been crafted with direct competition in mind. Of course, the X.Premium tackles the whisky market, while Hwayo 17% takes on sake and wine, Hwayo 25% is head to head with shochu, Hwayo 41% matches vodka and Hwayo 53% is like a smooth but equally pungent baiju. The higher the percentage, the slightly more funk the soju expresses, but the overarching crisp, fruity note is present in the whole family. That throat burn common in the ubiquitous green bottle sojus is absent too.

Premium sojus such as Hwayo and Yobo Soju, produced in New York by a Korean-American, demonstrate the slowly changing perception of the spirit from lowly everyman drink to the beverage of choice in high-end clubs and Michelin-starred restaurants. You can already find these producers on lists in the three-starred Gaon in Seoul (operated by Hwayo’s manufacturer Kwangjuyo Group), three-starred Lung King Heen in Hong Kong and the two-starred Jung Sik Dang in New York, to name a few. Hwayo is also celebrity chef Judy Ju’s soju of choice in her Jinjuu restaurants, with two venues in London and one in Hong Kong. Which begs the question, is soju the next big thing? It’s slow creep outside of Korea would imply yes, possibly, but it may take time to shake its drunken-salaryman-at-the-barbecue stigma before bartenders incorporate it in cocktails. Not that there’s anything too wrong with a palate-stripping shot of Chamisul before your next round of grilled meat, but if soju wants to reach further, it may well be through brands such as Hwayo.