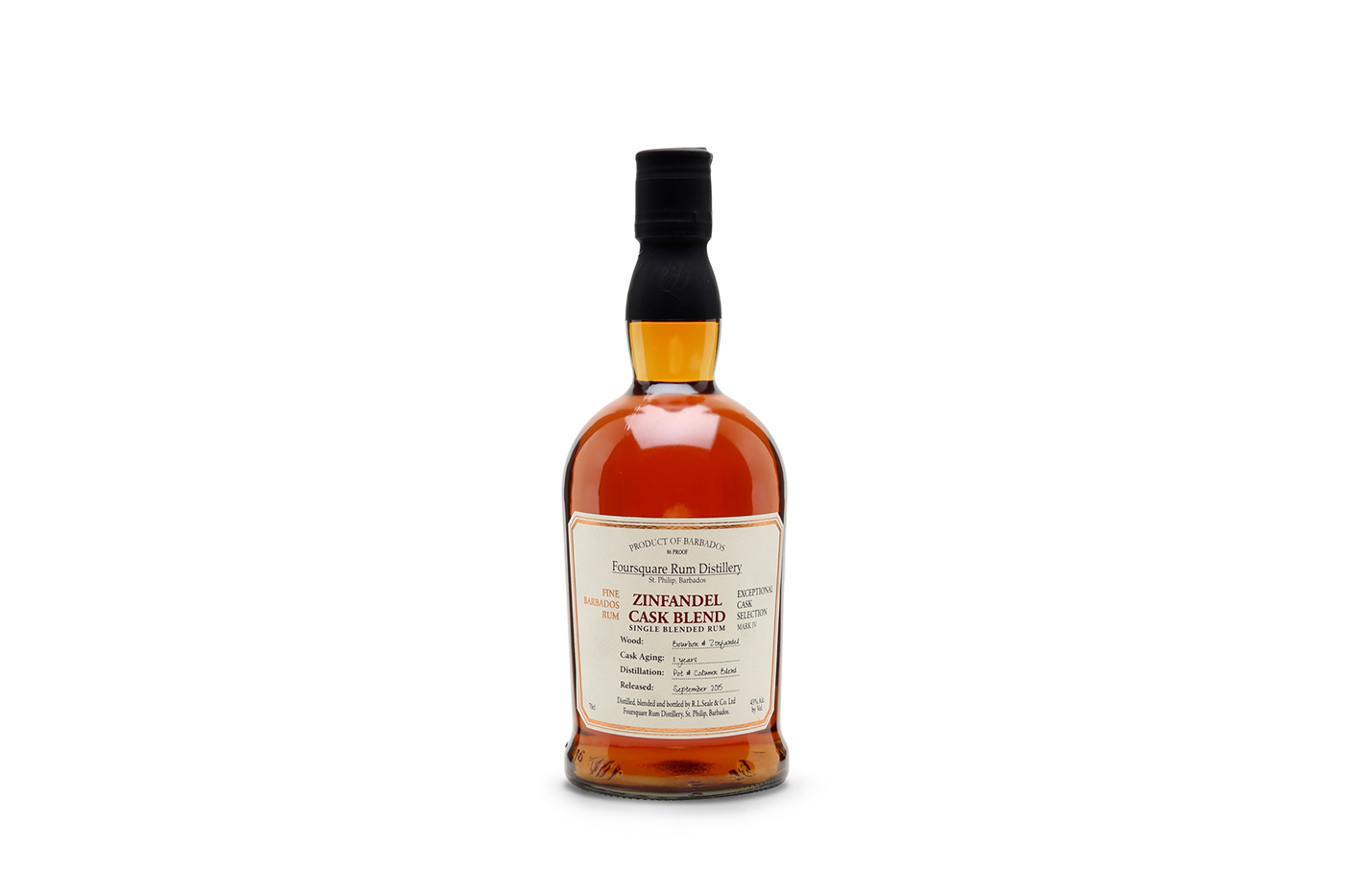 Rum with a fruity zinfandel kick.

What is it? Foursquare is a rum blender-turned-producer from Barbados that has risen to prominence in the last decade thanks both to its quality and its outspoken master distiller Richard Seale, the fifth Seale generation to oversee operations. Seale is an advocate of traditional (pot still) over modern (multi-column) distilling for rum, although his distillery does use a column, albeit in a Coffey still, with Seale careful to explain that not all column stills produce the same distillate. He’s also an advocate of Luca Gargano’s somewhat controversial classification system for rums, that separates rums by distillation method. The Zinfandel Cask Blend is a blend of pot and column still distillates, aged for nine years in ex-bourbon casks and finished for two years in zinfandel casks.

How does it taste? Cinnamon and clove on the nose, with the fruitiness of red berries and a light caramel aroma. Warming oak on the mouth with a strawberry compote burst, followed by spicy notes and vanilla, with a long, oaky finish from the bourbon cask.