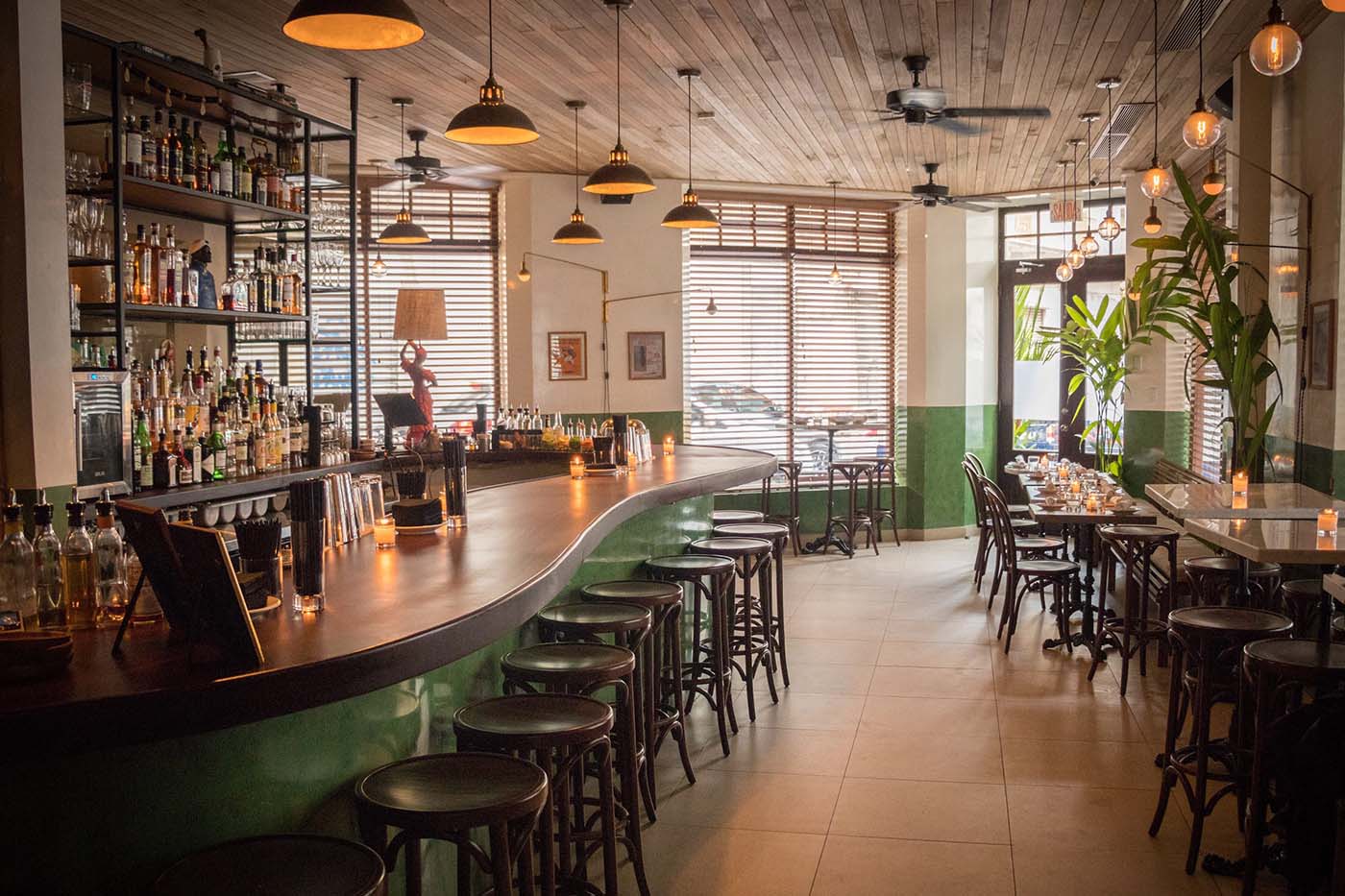 The Strangers Club is an American intervention in the Central American country making love not war. By Dan Bignold.

So far American foreign policy hasn’t made many friends in 2017. A hard-to-swallow, somewhat confused menu of isolation and aggression, presided over by a New York-based ex-TV star, has caused anxiety around the world, and may yet cause conflict. Thankfully a very different group of Big Apple entertainers are demonstrating there’s another way: cocktail diplomacy, rather than nuclear douchebaggery.

It started last year when one of the NYC’s best-loved bars, Employees Only opened its doors in Singapore to introduce that city to a very different type of American embrace. The EO mission extended to Hong Kong this year, and now one of that family’s most famous sons, Steve Schneider, is part of a squad leading a spin-off in Panama City. Started with five other former and current EO bartenders, The Strangers Club is seeding New York-style cocktail culture in the Central American capital. Panama, of course, was the scene for controversial American political intervention back in 1989, but this time the approach is more fun and friendship than fire and fury. “It’s about the people, energy, the vibe, the right lighting and music – that’s all we do,” says Schneider. “Guide people to have a great night. For some it’s the drink, for some people it’s the food, but for everyone it’s the energy and the possibility that something cool is going to happen tonight.”

The story begins after a team visit three years ago to the distillery that produces Cana Brava rum, part of the 86 Company portfolio of spirits launched by Employees Only co-founder Dushan Zaric. “We all came here for a holiday and it turned into a partnership, and our baby,” says Schneider. With the blessing of EO’s bosses, the band of six bartenders joined forces with Carlos Esquivel and his partner Celia Canizales – the former the founder of Panamanian rum sourcing company PILSA and an investor in the Las Cabres distillery, which makes Cana Brava – and set about securing a two-storey corner plot in Panama City’s old town, the Casco Viejo. Named after an iconic, now closed bar and club in Colon, Panama, the new Strangers Club opened in late June. (Schneider will now divide his time between Panama, New York and Singapore, with at least two of the six founding bartenders on shift at The Strangers Club at any given time.) It’s a new challenge for Schneider, who having been mentored by EO Singapore boss Igor Hadzismajlovic, is now a full partner in a business for the first time. “The fact that it’s our project and the buck stops with us, I am so proud. For 15 years I’ve been the bar guy, but now I am the restaurateur. Even in Singapore we had our GM, we had Igor and Josh [Schwartz], Julia [Jaksic] did the kitchen – so many people to do different jobs. Here I can’t just ask Josh an answer about the financials; here I have to keep an eye out on that.”

Delays to building mean the upstairs lounge bar didn’t open until nearer the end of the year (the ground floor boasts a bar and restaurant), while getting used to slower supply times has also been a headache. “There’s not friggin’ Zee from Proof & Co who’s going to run down a case of East Imperial tonic from their office at 9.30pm on a Friday night.” Another obstacle has been communication, but as a result, Schneider been learning Spanish obsessively. “I am on a 197-day Duolingo streak. Every day, 10 minutes on this app. I have done some crazy shit to keep that streak going. I have spent like 100 dollars on roaming charges in Japan. I have been watching Netflix in Spanish with English subtitles. Yesterday I watched Hombre Arana Dos [Spider Man 2].”

He admits the challenge has forced him to go about his craft a little differently. “I can speak a little Spanish, but I’m not so good at listening, and Panamanians speak very fast. So I’ve got to let the product do the talking now. We still do that dance behind the bar, the style hasn’t changed, but when the drink is made, the attention to detail and garnish matters more. In New York I can get by just telling a few jokes and bullshitting.” Luckily one of the partners is Ulysses Vidal, who succeeded Schneider as bar manager in New York when Schneider came to Singapore. “The good news is that he’s from Texas but his parents are Mexican, so he speaks Spanish. He’s been awesome for training.” And their American approach to development and teamwork is paying dividends. “They’re grateful because we’ve sat down and explained to our new recruits what bourbon is – they’re like, ‘No one has ever taught us this before.’ They’re also not used to having owners who are behind the bar with them – they’re used to having finger pointers.”

For drinks, the launch menu starts with a page of house specialities – “utilising a lot of the fresh fruits you get here” – while the second page tracks global classics: a 50/50 Martini from the UK, a Sidecar from France, a Paloma from Mexico and the El Capitan – “like a pisco Manhattan,” Schneider explains. “Cocktail culture is in its infancy, so the introduction of the classics is important,” he says.

But he’s also being careful not to force his tastes upon his new guests, adjusting drink balance to match the sweeter local palate. “A drink that is delicious in New York is too sour or too bitter here,” says Schneider. “What’s a good drink? You have to be able to adapt. So, if I taste it and think it’s great, then I just throw an extra dash of sugar in there – then it’s perfect. I’m not trying to change the way people drink. I am not trying to change the palate of Panama. That’s arrogant. I’m taking what people enjoy then amping that up.”

Indeed, veterans of EO will know Schneider doesn’t consider cocktail-making sacred. “The drinks are extra. It’s about the experiences, the moments we’re having, pride, seeing people have a good time, guest and staff. Drink trends change, but hospitality and taking care of each other – that shit is forever.” Unlike an American presidency, thankfully.

Durians are in season – put them in your cocktails