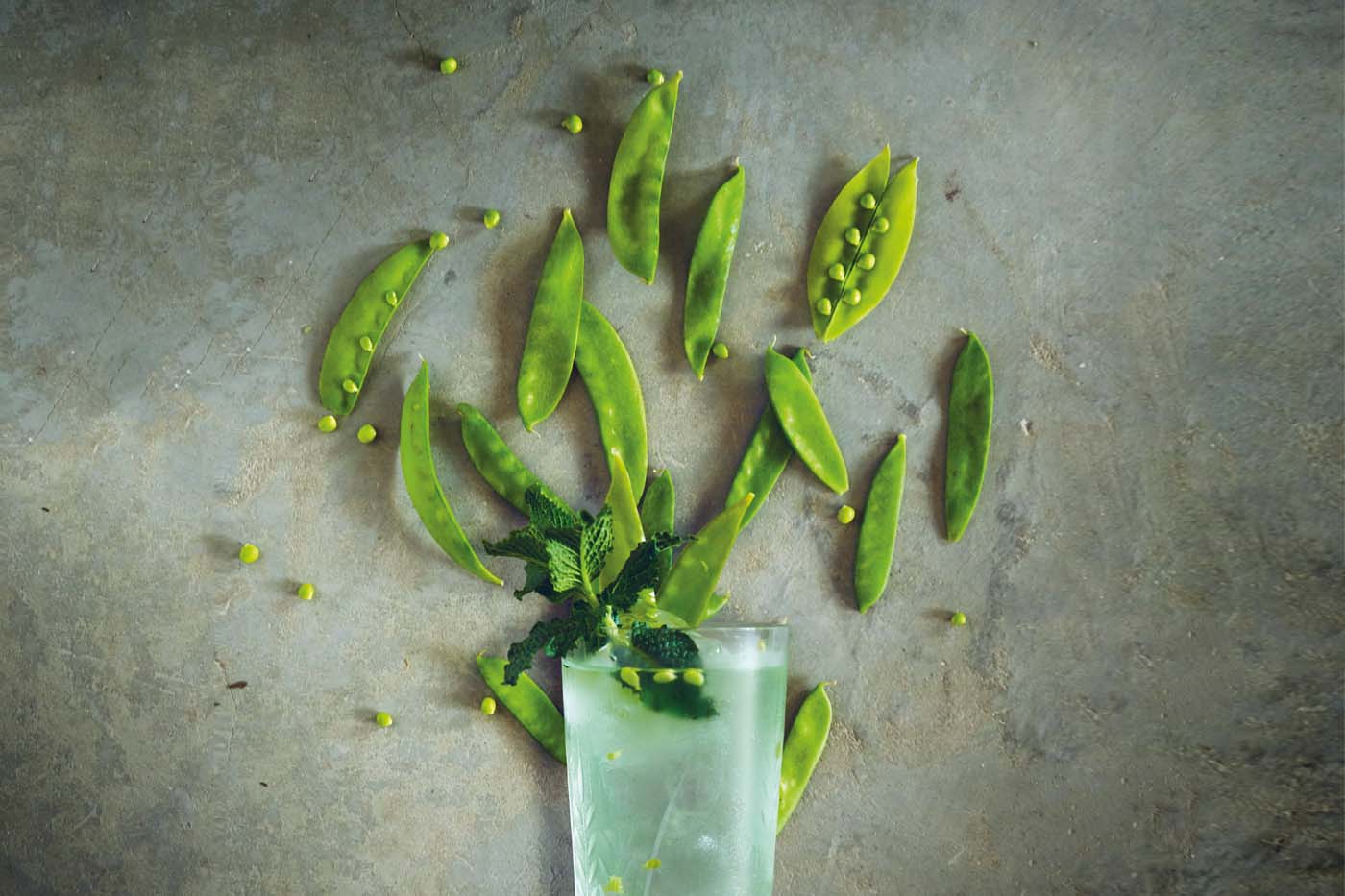 Revenge for the owner of Shanghai’s Union Trading Company is a drink served cold, with snow peas.

Snow peas are perfect in spring. They mature too fast in the summer but you can utilise them in spring. They’re perfect for puree so you don’t get any of that sandy texture that you usually get with peas, no matter what you do to them. Grab them, boil them, sugar, salt, water, get them all mushy, squeeze the peas out of the pods and then puree them – it’s really easy. Peas are naturally bitter so we add the mint. It’s just regular spearmint but it enhances the refreshing qualities immensely. So yeah, it’s a minty, pea and citrus Collins that’s shaken, double strained then topped with soda. It’s a drink that works really well for summer, too – if you make sure to freeze the snow peas in spring.

As much as I liked the challenge of making a drink using peas, the main reason the drink came about is because of a one-star review of Union on Dianping (like Yelp in China). The user was like, “They try do all these things, they think they’re creative, none of the drinks taste of anything.” And it ended with, “They might as well just serve pea soup”. You’ve got to respond to that, right? So we did. We were gonna call it Biang Biang Mian, because that’s their username, but decided to keep it more mellow for the menu, so it’s Peas in a Pod. Well done, you’re menu famous.

Shake and double strain over cubed ice in a Collins glass. Top with soda. Garnish with two spoons of cooked peas added into the glass, a mint sprig and two pods of de-stringed peas.

*Pea syrup: Combine handful of peas, 120ml of water, 120g of sugar and 2 pinches of salt and bring to a boil. Reduce heat and stir until sugar is dissolved and peas turn mushy. Allow to cool. Squeeze the peas out and puree them. Refrigerate to store. Keeps for up to three days – but you can always scale up the recipe and freeze batches to use later.

This recipe was first published in Issue 06 of DRiNK Magazine.

These are Hong Kong’s Top 4 bartenders and venues, as named by The Bar Awards