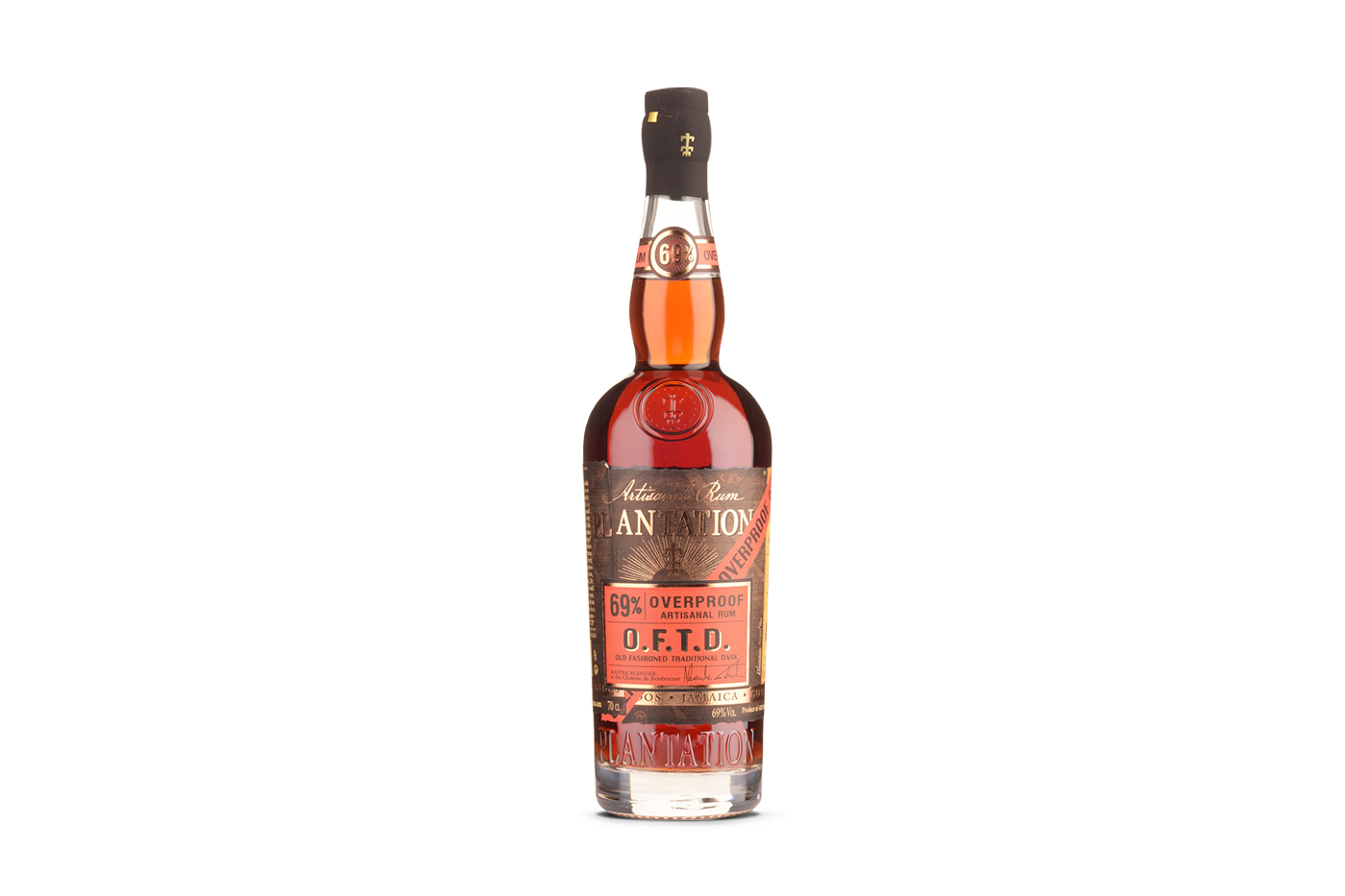 What is it: The OFTD (Old Fashioned Traditional Dark) replaces Plantation’s Original Dark overproof, which was a blend of pure Trinidadian rums, including finite stocks from the now-closed Caroni distillery. When master blender Alexandre Gabriel got to work on its successor, he navigated towards a final blend still anchored around Trinidad, but passing by Jamaica and Guyana too. And since overproof can be intoxicating, he enlisted the help of six rummy souls to make sure he hadn’t lost his bearings: Martin Cate, Jeff Berry, Scotty Schuder, Paul McFadyen, Paul McGee and Dave Wondrich.

What it tastes like: Funk and rubber on the nose, with next to no fruit, non-existent vanilla and sour notes hinting at heavy, long-fermented Jamaican pot still distillate. Coffee and tea charge forward instead, with only caramelised liquorice offering an odd off-sweetness. In the mouth, with no water, the ethanol evaporates so fast that the OFTD’s burn is counter-intuitively soft. Add a little water – or other liquid ingredients in a drink – and that strength punches around the palate much longer.