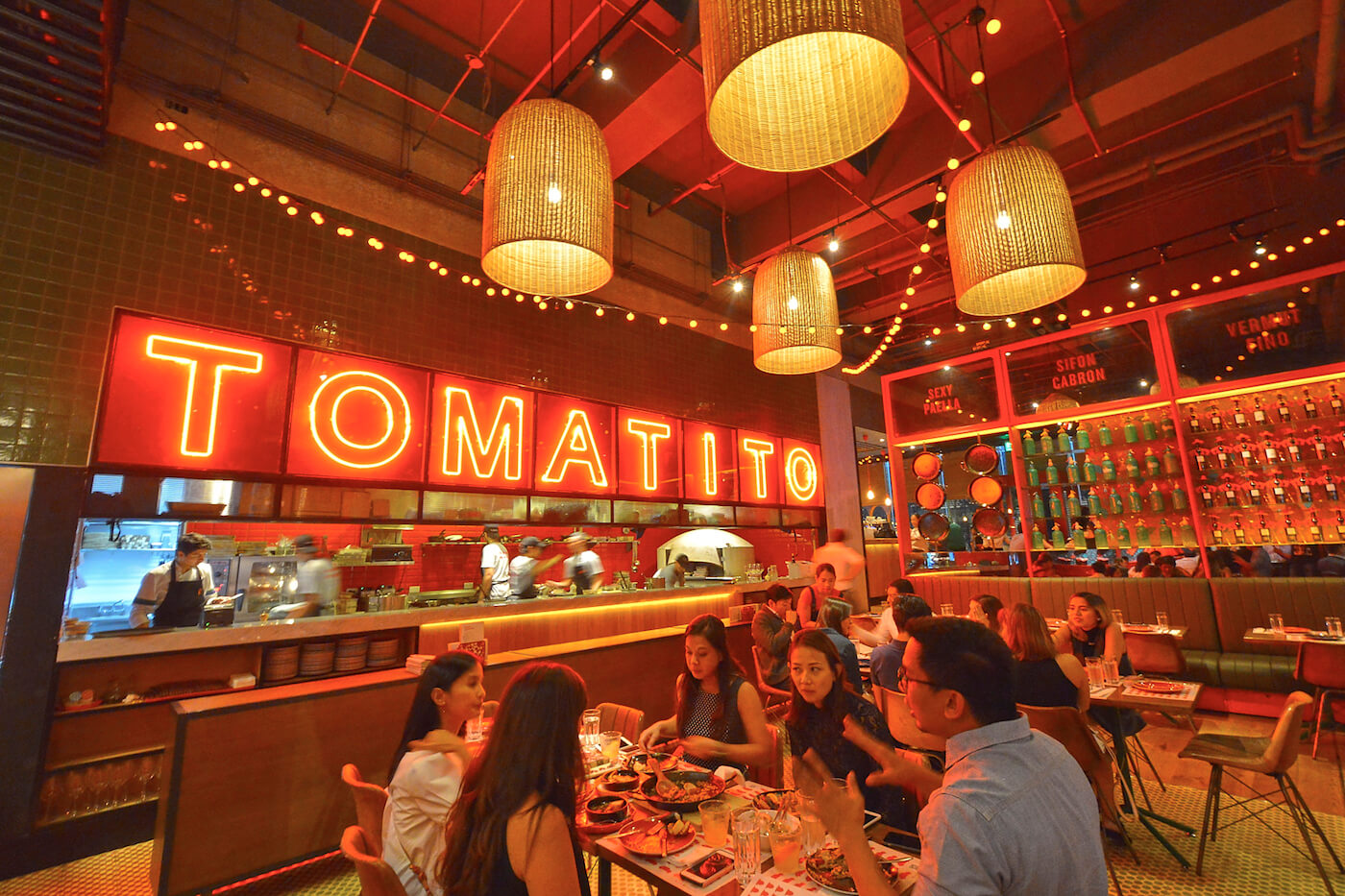 Barcelona homeboy Willy Trullas Moreno is proving once again that sex sells with the opening of the second Tomatito, his “sexy tapas bar”. This time, however, it’s Filipinos he’s trying to seduce with the new venue in Manila – his first outside of China.

The Willy Empire has expanded since opening Spanish fine dining bar-restaurant El Willy in Shanghai in 2008, growing to include restaurants and cocktail bars across Shanghai and Hong Kong.

Tomatito was picked as the blueprint for this Southeast Asian expansion because “it represents Spain very clearly,” according to Trullas. “It’s straight forward, very fun, casual and high quality with a lower price point that is easier to understand than other concepts like El Willy or Elefante, especially in markets that are not as sophisticated or developed like Shanghai.”

Launched in conjunction with local partners La Lola group, the 120-seat Tomatito Manila features running decor traits from Shanghai like the glowing block letters and many of their signature dishes and drinks, but slight tweaks to suit different palates. “The essence is going to be the same, the DNA is going to be the same, but we will tailor make some of the dishes to the local market,” Trullas says. “For example, Filipinos like meat and rice more, so we will focus on that, or in China they like hot food more, so we will adjust.”

This flexibility could be key to further success, with Manila the first of many stops in the region. More Tomatitos are planned for Bangkok and Ho Chi Minh City, and a brand-new, farm-to-table restaurant is in the works for Bali. Even after a decade in Asia, Trullas still refuses to sit still. “I feel like a new adventure,” he says. “I want to refresh myself with new cultures, learn about different things.”

New year, new look. DRiNK wants to hear from you