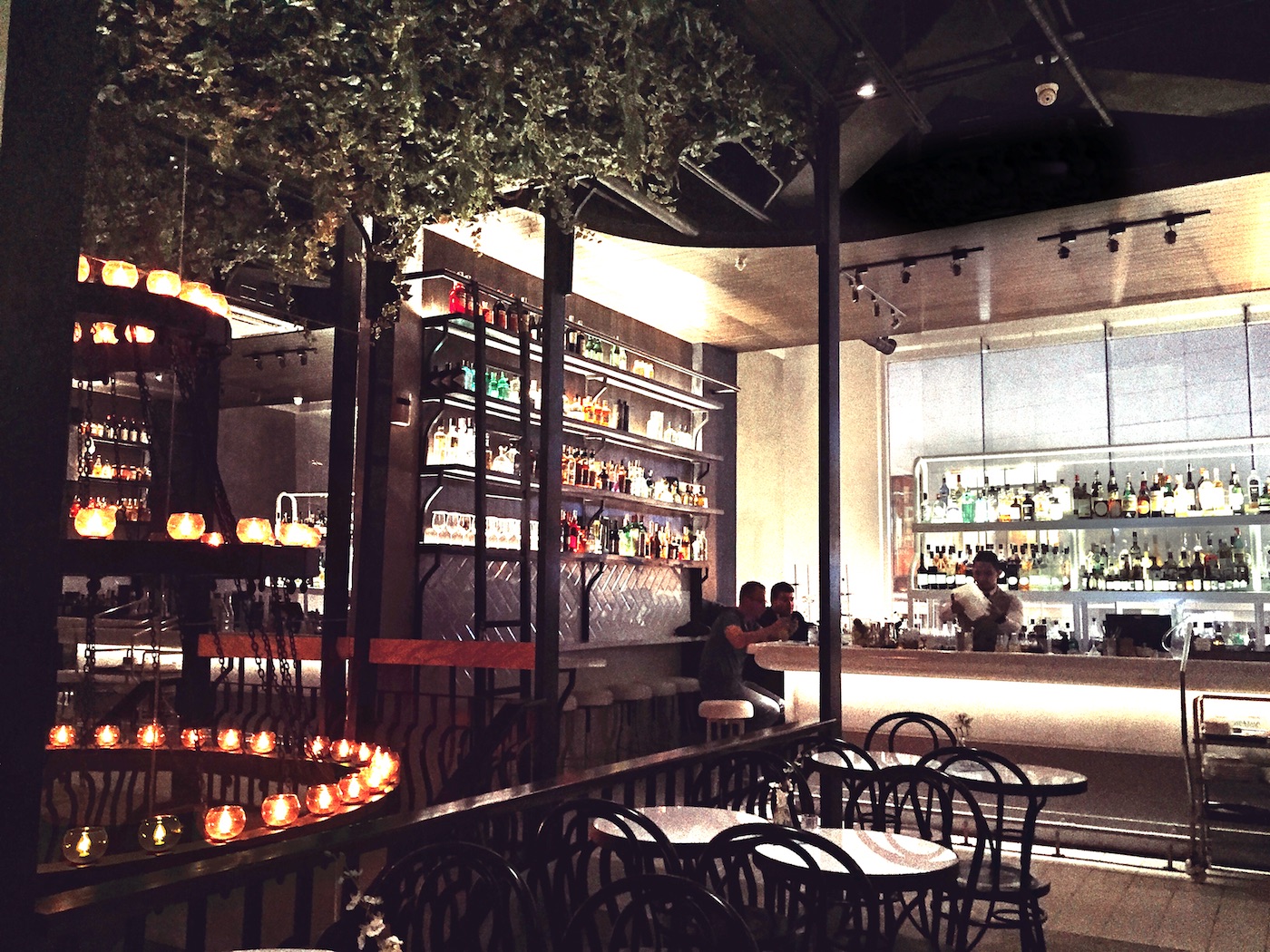 We don’t know about you, but when someone tells us they’re a singles’ bar with great cocktails, our eyebrows naturally arch past our beer goggles in undisguised skepticism. In Manila, where the city’s hottest cocktail bars are found behind coffee shops and PDT-tribute hot dog stands, the bright white and pine wall washes of Bitters (and its aspirations for Tinder Tuesday promos) veer a little further into watering hole territory. But, when it’s the crew behind restaurants like much-lauded Mandalay and Belle and Dragon running the show, together with drinks consultant Lee Watson, we’re intrigued.
The idea for this bitter-themed spot – both in flavour and state of mind – came when 2nds, a favourite for its comfort food offerings in Taguig City, was forced to move after its rent spiked. Left with an empty second floor space to fill in its new, upmarket Bonifacio Global City digs, a kilometre east, a very functional brainwave came to Luigi Tabuena, the group’s creative genius, after a few drinks at Mandalay. “I was at one side of the room and Luigi at the other, and after a few drinks, he comes to me all wide-eyed and was like, ‘Lee! I’ve got it! Let’s open a singles’ bar!’” laughs Watson. “At the time, we were both single and it sounded like a really good idea.” Of course, given Watson’s credentials from Le Cordon Bleu, as well as bar and consultancy experience groomed working in f&b concepts in Portland and the Philippines such as Solaire Resort, Antonio’s and ABV, the concept had to be a lot more witty than just a venue where Bonifacio’s go-getting yuppie set could meet and mingle, on their way back, arm-in-arm to a neighbourhood condo. Armed with a name for the bar (“Because you’re single and you’re bitter right?” Lee chuckles), he took it and ran in the direction of the apothecary. “So, when you’re bitter and single, we will cure your bitterness with our cocktails – and find you a significant other,” he explains with a twinkle in
his eye.

In execution then, the aesthetic opts for white marble table tops, clinical white tiles, steel fittings and white leather booths with an all-round visibility of the high-ceilinged room that Watson says is designed to reference the amphitheatre operating theatres of old. Around the U-shaped working bar, that also allows customers to scope out their fellow guests, the equipment motif of mason jar infusions, herbs and spices prepped in beakers, and cold steel peelers and zesters set the tone for the libations on offer. “During our brainstorming sessions, we were looking up lists of phobias and ailments, like melancholy, heartache or fear of beautiful women, and we were assigning different cocktails to them,” explains Watson. For a country that bested the over-the-top cakeshakes from Australia with its own jellybean, evaporated milk and sweet-embedded halo halo shaved iced treats, the palate is deliberately kept dry with botanical gins, bitter liqueurs and house spice infusions dominating the cocktail menu, which is presented like a medical chart in a lab folder. “The higher income set definitely steps away from the sweet and fruity – they’re going more for gins, sour and bitter flavours, and we’ve definitely tweaked that for our target market,” Watson explains. And so cocktails like the Herb Garden balances vodka with vermouth and citrus, fennel bitters and a sprig of tarragon in the glass, while the Bewitched is a mix of armagnac with rosso and dry vermouths, honey, strawberries, Campari and the perfume of orange bitters.

Overall, it’s definitely on the less serious side of the night-out spectrum, but not quite at the level of the “San Miguel bars” that dominate its street. Watson, who’s also consultant to award-winning bars such as ABV, isn’t keen on letting the hospitality slip either. “I feel like the modern bar business focuses too much on the drink, on making the most amazing cocktail and art in a glass, that they forget to smile to the guest and make the guest happy,” he opines. His style of management across the concepts on which he consults gives bartenders the power to make decisions on the day-to-day “to boost their confidence” Watson justifies, and just like at ABV, he’s grooming talent from the ground up at Bitters. “I’m slowly identifying the strengths in five of them, encouraging them to attend different contests, and include them in interviews whenever the bar is being featured in the media,” he says. Watson does this in the hopes to help hospitality progress in the country. “There’s this style of service where the bartenders will not approach the guest unless he waves or calls the bartenders because they’re too shy,” he explains. “They’ll take the order, make the drink and kind of stand off to the side and wait till they’re called again.” Building ABV from the ground up with business partner Patrick Cuartero to its 14th spot on the Asia’s 50 Best Bars list, Watson’s hopeful, yet confident, that Bitters will one day be an important part of the city’s scene. “Those lists are always nice, but there’s a part of me that just doesn’t care. I just want it to be one of those places where, if someone’s visiting Manila and asks where to go, it’s one of the first two or three places that’s mentioned,” he shares. Or at the very least, that they’ll – as the unofficial tagline goes – “Walk in bitter, walk out taken.”