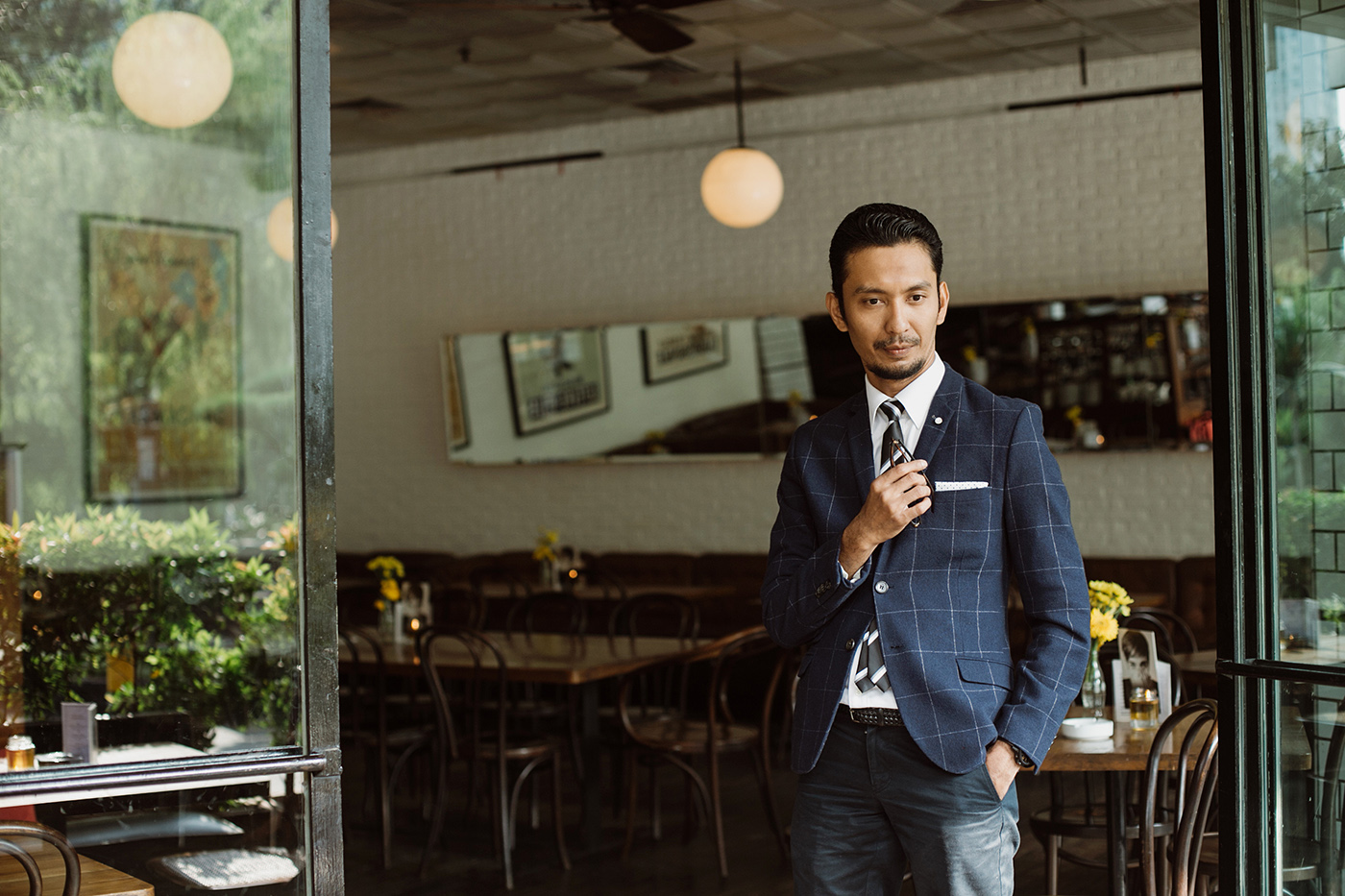 When I graduated from high school in Makassar in South Sulawesi, my auntie offered me a job in Jakarta at the Batavia Cafe. A character who influenced me was Tom Cruise in Cocktail, and I thought it was a cool job, so why not? I had to leave my band, though – I was the drummer. I started as a bar back, which was beyond what I had imagined. I thought I would be making drinks, but I only washed glasses. But it’s good, because now, I realise that when you want to become a good bartender, you have to start from a lower position first.

After a few years, I forgot the classics I learned in Batavia Cafe, because flairing was in very high demand in Indonesia. I forgot everything about making drinks, chilling the glass, understanding the spirit and talking to the customer. Nick La, my first mentor from Hong Kong, taught me how to shake, how to combine the flavours and everything. When The Union Group opened Loewy, my friend, Agung Prabowo – he’s now the bar manager at the Mandarin Oriental Hong Kong – shared what we needed to learn and explore. And when Diageo World Class came to Jakarta for the first time, I was the only one who understood the classics. Finally, I represented Indonesia at the global finals in 2011.

I didn’t need to be a winner at the globals, but I saw how bartenders all over the world created their drinks, how they acted, how they performed, and I put into practice what I learned in Jakarta. It has helped Loewy to grow in its cocktails. I’m still connected with a few friends like Aki Eguchi and Shawn Chong – we represented Southeast Asia at the time – and we still share knowledge and ideas which I implement in Jakarta.

I am very happy when I meet bartenders overseas who are happy to exchange ideas about the way they make drinks. A few of us probably agree that being a bartender is about sharing with each other. We’re in this business together, and Asia, like us, still needs to learn, and we need already-developed countries to share with us. Sometimes, coming from Indonesia, we feel really bad when we’re rejected, when our fellow bartenders are snobby, or we’re underestimated when we go visit bars overseas. It doesn’t happen often, and I don’t want to say where I’ve experienced it, but it’s happened a few times.

In Jakarta now, we have our own bartender’s society, where we hang out, have drinks, tell jokes and go crazy. A few of us share knowledge with each other. When someone wants to represent his bar in a competition, we exchange tips and make suggestions. We don’t draw lines – we are brothers. When we build this together, the whole industry can grow and all bars can be equal. Most young bartenders are hungry for knowledge, and I always get messages in my Facebook inbox asking for advice.

Back in 1997, when I was a member of the Jakarta Bartending Club, we mostly went out to party. In Jakarta, we drink from 9pm to 9am. The bars here open for 24 hours, and we jump between our friends’ venues. The rule here was to drink until the bubur ayam (chicken porridge) man shows up on the street in the morning. We eat porridge and go home – that’s our limit. Now, no matter how old we are, when our friends who are working in Hong Kong or the States come back for their holidays, we still do it – but with ramen now.

Although I’ve moved on from my days of being in a band, I’m still a rocker at heart. My dream a long time ago, when classic bikes were in trend, was to own my own customised bike. I saved a little extra money every month without my wife’s knowledge to make it a reality, and I finally got it made one day. Everyday, when I ride to work, people give me the thumbs up at traffic lights. A while ago, Brown-Forman sponsored a bike for me because I made a Gentleman Jack sticker with the slogan “Ride like a gentleman, drink like a gentleman” for my bike – I got the idea for that from a Pinterest picture for the The Distinguished Gentleman’s Ride club. Lucky me, now I didn’t have to wait to build another bike anymore. A few of my bartender friends in Jakarta have also started the hobby, and we plan to bring Jakarta bartending to the next level in style.

The industry in Jakarta needs to pay bartenders properly. A lot of good bartenders move overseas to work because they get good money there. The drinks in Jakarta are priced almost the same as in Singapore, but our bartenders get paid lower, compared to other countries. Most new bars here hire new bartenders because it’s cheaper. But experienced, overseas bartenders from Indonesia don’t want to come back.

One of the funniest things I’ve encountered working at the bar is when this rich guy came in. A lot of people are now getting rich in Indonesia, and they act like they know everything about everything and that they own the place. This guy came and sat the bar and asked for “mosquito wine”. We said, “Maybe you mean moscato, like the sweet wine?” He said, “No, no, mosquito. Just give me the mosquito.” The girl he brought seemed to know he was wrong, and eventually we showed him the moscato and served it to him.

The Jakarta market now can be divided by gender. Most women in Jakarta usually love refreshing and sweet drinks with drama – smoke, cotton candy and flowers. Those drinks are easy to sell. Men love something with a kick. Back in the day in Jakarta, people only wanted to drink strong drinks – we call them Super Duper Cocktails. There are a few bars that still serve tall drinks with 12, 20 spirits in it, and fire. The men usually want Long Islands or drinks with seven or 12 ingredients still, but then I make them an Old Fashioned, and they say, “Wow, what is this?”

Jakarta is beginning to fall in love with the classics, but the city is also still interested in drinks with a gimmick – and gimmicky drinks are good for making a profit. When Loewy opened six years ago, the Cotton Candy Cosmo that I made was popular, also the Lychee Martini. A lot of teenagers who’ve now become legal, they’re curious about drinks they couldn’t drink before and now want to try it – so the potential market is still asking for gimmicky drinks. These are still in the top five cocktails people ask for, although I’m quite bored of making them.

We hope we can one day be like Singaporean bartenders, who are promoted and very widely known. In Jakarta, I can say that bartenders are being respected now. Our group, especially our bartenders, are trying to become pioneers in the drinks scene. The trouble is our guys are always being hijacked to go work at other bars, because a lot of people want to open bars, but they don’t want to start from zero so they start poaching other bars to get their staff. It’s not good and we get a headache because of that.

My dream is to open a bar in the future – maybe at the end of the year. A lot of my friends have done it, but there’s a lot of drama. In other countries, you just need a licence and to follow the government regulations. In Indonesia, there are a lot of unpredictable aspects. I refuse to give anyone money under the table – this is my budget, and I don’t have extra money for under-the-table stuff. I hope to open in Bali and with a gimmick – people go there on holiday so they need something crazy, something new. The concept is still in progress – I need to know the area first, and what the potential market is.

Now Read This: Our Pick of the Web’s Best Booze Writing 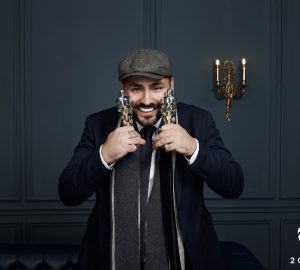