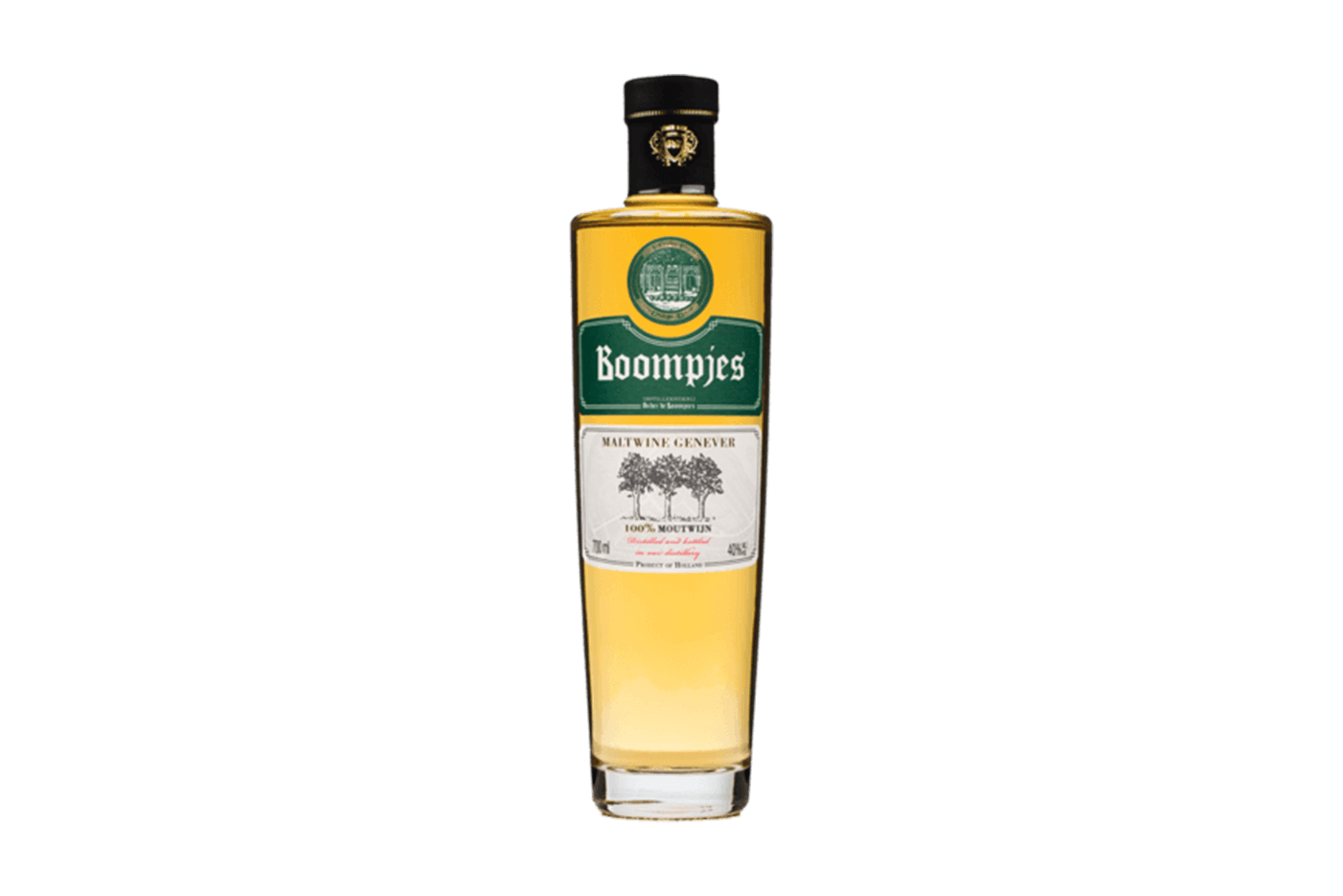 What is it Onder De Boompjes is the second oldest continuously producing distillery in Holland, dating from 1658, a time when genever was already being produced in huge quantities by the Dutch (and the English in London, as gin). The distillery creates all its own maltwine, a spirit distilled from malted barley and rye, and the essential ingredient that distinguishes genever from gin. Its roster boasts four genevers, two gins and a vodka. Genever (what 19th- and early 20th-century cocktail recipes might refer to as Hollands gin) has three carefully coded categories: young, containing between 1.5 to 15 per cent maltwine, no more than 10g of sugar per litre, and bottled clear at 15 per cent abv minimum; old, 15-25 per cent maltwine, not more than 20g of sugar per litre, and 38 per cent abv minimum. Both can be based on any agricultural spirit. The third category, korenwijn, has to be entirely grain spirit, with at least 51 per cent maltwine, maximum 20g of sugar per litre, and at least 38 per cent abv. The old genever isn’t actually aged (though it can be), and can legally be coloured artificially (though they don’t do it at Boompjes).

What it tastes like All are flavoured with botanicals including juniper and other spices such as coriander and citrus, which are infused in the base distillate. This bottle however goes even further: a 100 per cent maltwine, aged for 4-5 years, then flavoured with juniper, fresh mandarins and vanilla, among others. The nose is just like a spirituous young whisky: malt, butter, vanilla, aniseed. The juniper is faint, coming through more in the mouth, which hits with a malty sweetness, botanicals in the mid-palate, then a hot, spicy finish that cries out for an Old Fashioned.

Get to know: The Caipirinha

What the world’s best bar can teach you about hospitality