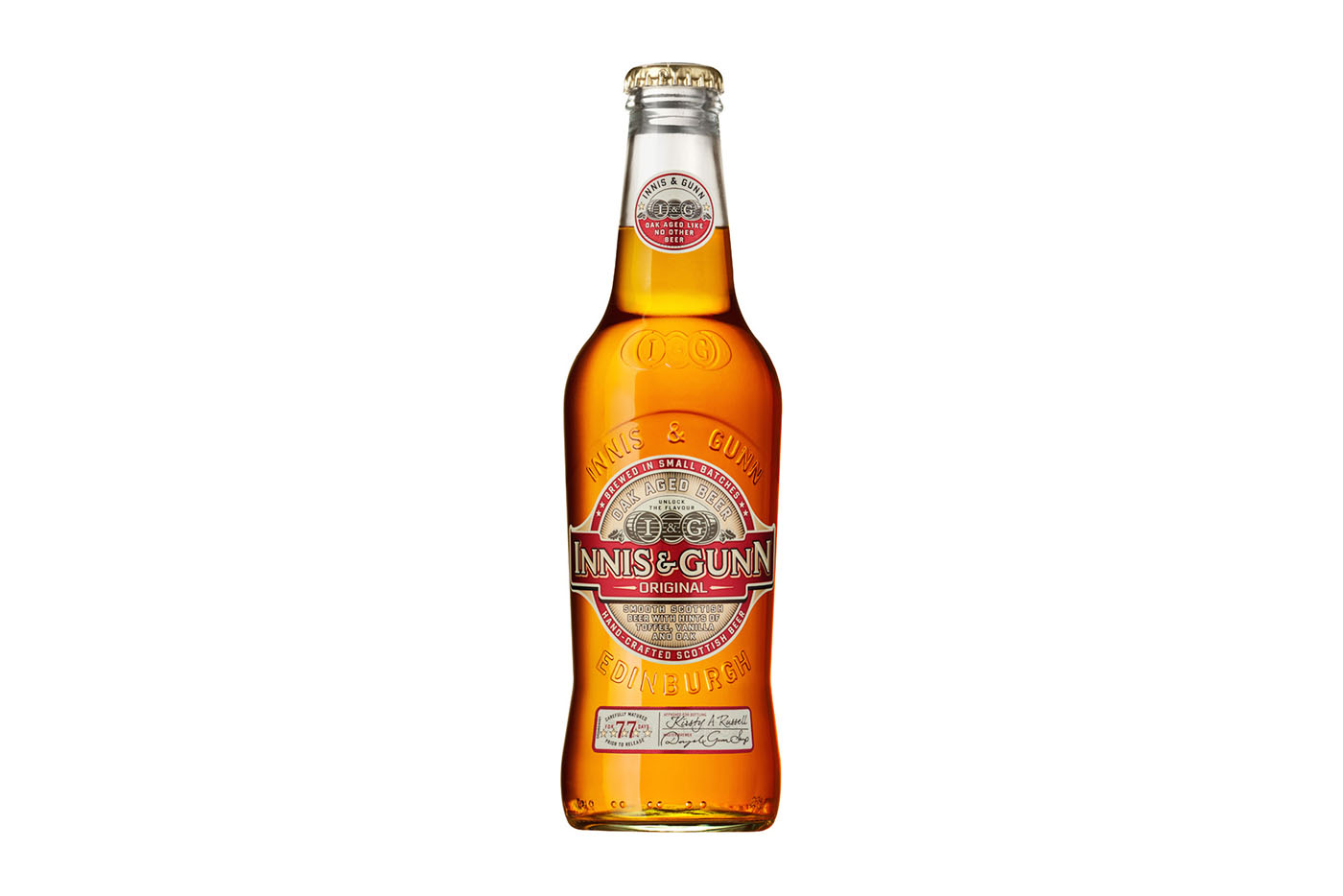 What is it Born from an experiment with William Grant, who wanted beer-seasoned barrels in which to mature whisky, Scottish brewer Dougal Sharp discovered the beer being emptied out of the wood was pretty tasty too. Sharp decided to go all in, founding Innis & Gunn in 2003, and has since experimented with a full range of different wood-aged expressions: ex-Irish whiskey casks, ex-bourbon, ex-rum, as well as the Scotch whisky barrels that got the whole show rolling. The Original uses a combination of ale, krystal and wheat malts, flavoured with super styrian hops, and is finished for 77 days either in barrels or purpose-built “oakerators”, tanks in which beer sits with “heartwood” (oak chips from the inside of a barrel).

What it tastes like The honey-coloured hue predicts honey, vanilla and toasted bread lling the nose, with apricot skin and damp hay pulling it back from becoming cloying. Cooked apricot and more honey follow in the mouth, with a caramelised, barrel-edged nish creating a medium body – and the sense this would pair best with hearty meals and cold weather.

Available from The Drinking Partners (Singapore).

This Week’s Three Must Reads