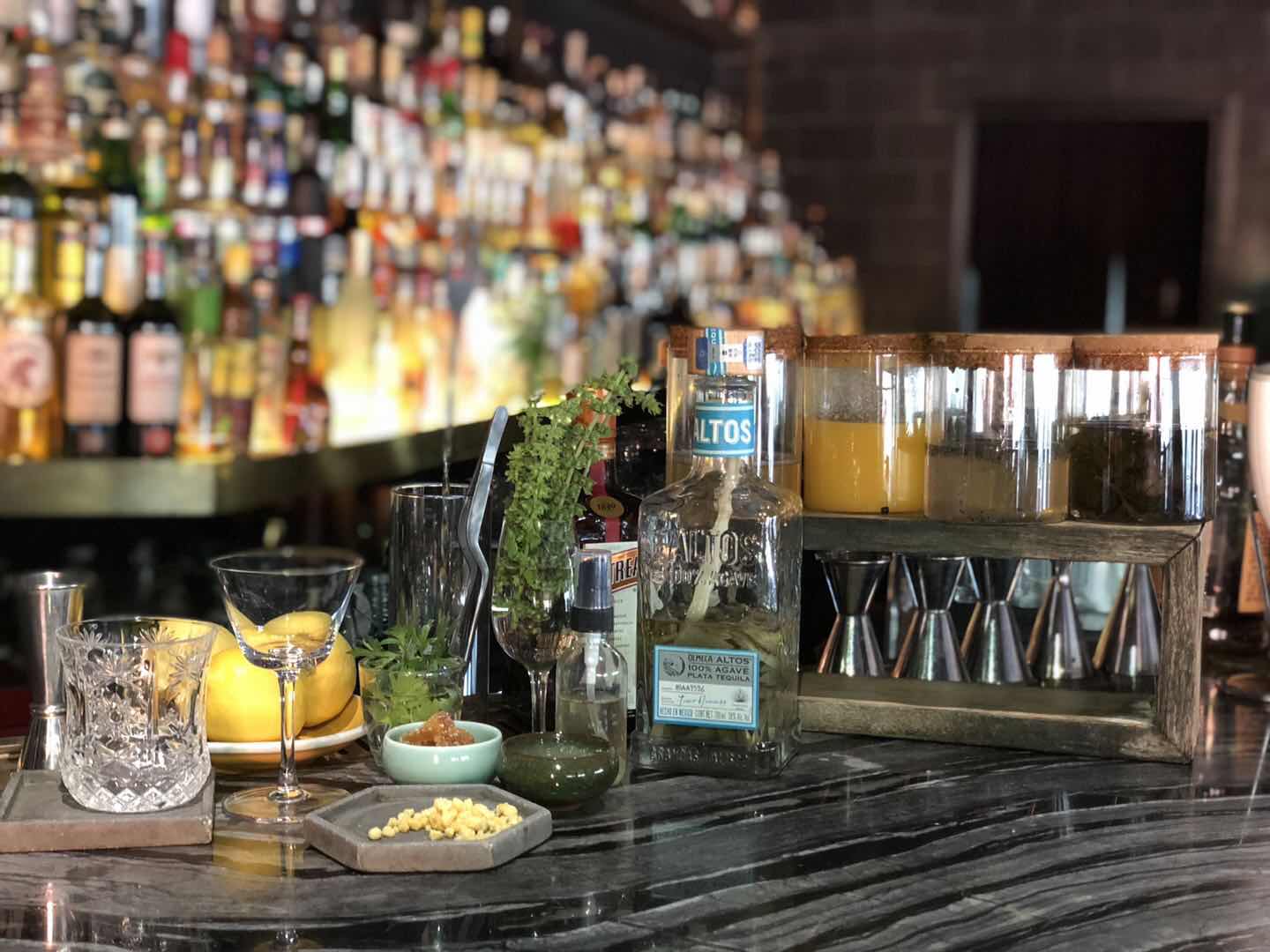 This recipe was first published as part of our feature on how to make kombucha.

Shake ingredients with ice and strain into a chilled glass with celery caviar inside. Garnish with SCOBY jube.

*Celery infused altos tequila: 1 bottle tequila; 4 stalks of celery with leaves. Lightly crush celery and leaves and place in bottle with tequila. Leave to infuse for at least one or two days.

**Beer and mugwort kombucha: 150g SCOBY; 2l Beer; 2l Water; 250g Wild mugwort leaves; 3 per cent weight of all liquids in raw sugar or honey. Heat water to 80C and make a tea with half of the mugwort leaves and sugar. Allow ingredients to infuse for six hours; strain and allow to cool to 40C. Mix together mugwort tea, remaining mugwort leaves and SCOBY in a glass jar; cover with a cloth and a rubber band or string. Store in a dark place and leave to ferment for three to six weeks.

***Beer sugar syrup: 500ml beer; 500ml sugar. Boil beer and sugar together in a pot until reduced by half. Cool and store in a glass bottle.

*****SCOBY jube: 300-400g SCOBY; 200g caster sugar. Dehydrate SCOBY in a dehydrator until it reaches jube consistency and texture. Cut into strips or squares and roll in caster sugar.

How to make kombucha and use it in your cocktails