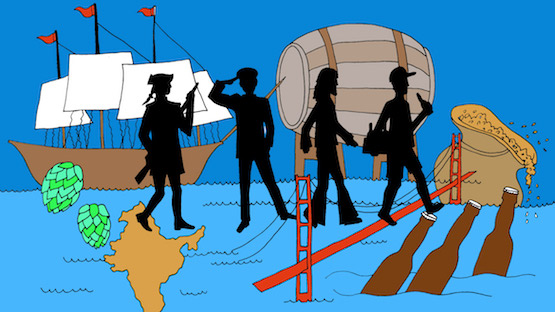 The Maker Of Moët & Chandon Is Sweet On China
[BLOOMBERG]

Through a partnership with the local government of Ningxia, the French winemaker is localizing production and tweaking its traditional formula to adapt to the demands of sweeter palates.

Amaro For Everyone
[NEW YORK TIMES]

While a bar order of something sour or something dry was previously a signifier of sophistication that set you apart from the lay drinker, Rosie Schaap says that bitter has taken that mantle as steps into the world of amaro.

The IPA Through The Ages
[PUNCH]

The now ubiquitous IPA has had a long journey from its birth to becoming the darling of drinkers. Joshua M Bernstein tracks its trajectory from Britain to India, and its route from there to every corner of the globe.