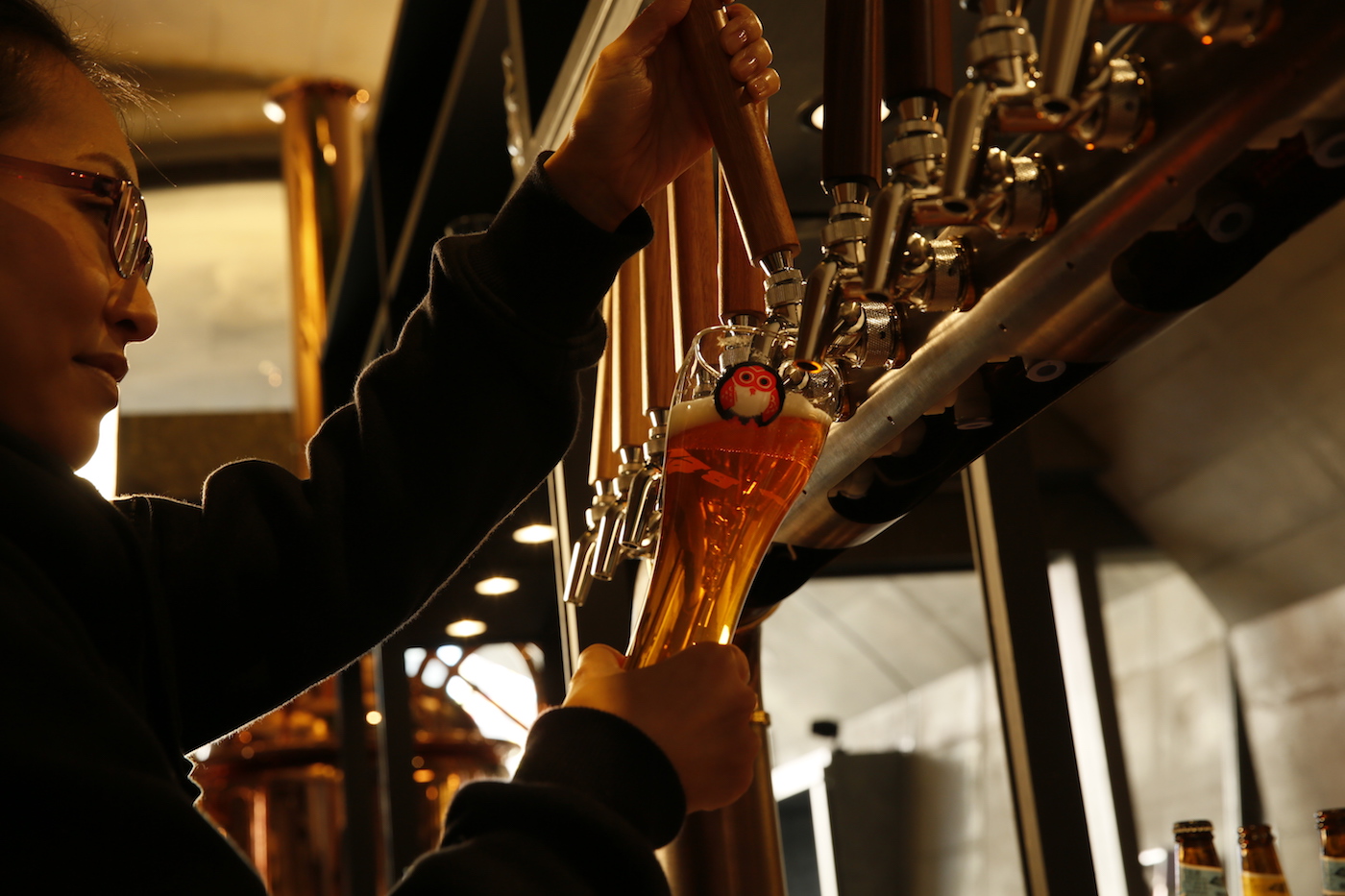 You were already in all the major Asian markets but why did you only choose to come to China, the biggest market of all, now?

The craft beer market is usually targeted to the middle class. They have a mature attitude towards consumer trends and want to buy quality products that reflect their lifestyle and beliefs. It’s not just for the super rich who buy up luxury products for their status. We believe such a segment is now established and will be of great power to build up craft beer culture in China. We’re also opening a taproom in the Sinan area of Shanghai around the end of 2016 to meet this demand.

What about craft beer culture in Japan now?

Craft beer culture in Japan is now developing, but it’s still at beginner level. Many major breweries in Japan spend huge money on commercials for TV, newspapers and magazines, so lots of Japanese people think the quality of major Japanese beers is number one in the world. There’s not enough space for craft beer. This is why we always had the international market in our mind when we set up. I guess the culture here is 10 years behind the US. In Europe, they’re progressing at a huge speed. When I visited Denmark in May, I was surprised that so many craft beer breweries opened in the last ten years in such a tiny country. This could be due to Danish food culture: they love local craft food and beer. But Japanese people think commercial food and beer are the best! This is why you see lots of convenience stores like 7-Eleven opening in Japan. People like major commercial brands.

Compared to the US and Europe, not many Japanese craft beers are sold outside of the country. Why do you think that’s the case?

There are many great craft breweries in Japan, but they tend to create beers which are just copies of what Western brewers are brewing. These Japanese craft beers may have been brewed to perfection and there’s no doubt about their quality, however they will just slip in among other similar beers on store shelves. Beer enthusiasts always look for a beer with great story behind the brand, recipe and the people who created the brew. Maybe what most Japanese craft breweries lack is such storytelling.

You have three breweries: the original one in Japan, one in South Korea and your latest in Hong Kong – which will brew beers for the Chinese market. Why does it come from there?

As you know, the China-Japan relationship sometimes is not how we wish it to be. There are many restrictions importing goods into China and tax can be a problem. We wanted to introduce Hitachino Nest Beer at a reasonable price to the Chinese market, so it was a natural thing that we set up Hitachino Nest Hong Kong.

On your website, you say you’re brewing a Japanese beer, despite importing your malts and hops from the West. What makes your beers Japanese?

We’ve started brewing our beers in 1995. At that time the Japanese beer market was dominated by giant breweries like Asahi, Kirin and Sapporo. The suppliers of Japanese barley malts were tied up with these giants, and we literally couldn’t buy any barley malts from them. Also all malts grown in Japan were mainly for pilsners. We first wanted to brew genuine British ales, so we decided to import quality malts from England. But the situation has been slowly changing. Barley farmers and maltsters can no longer ignore craft breweries. Since 2004, we’ve worked with our local farmer to revive a special barley strain, and now we brew our Nipponia with this special barley malt called kaneko golden, which is grown and malted in Japan.

You started growing your own hops in 2014. How’s that progressing?

We are working with a contracted hop farmer in Akita prefecture. Crop yields are increasing year by year. We use these hops for one-off, small batch brew currently. It is a long-term project and we wish to introduce a new beer with home grown hops in the near future.