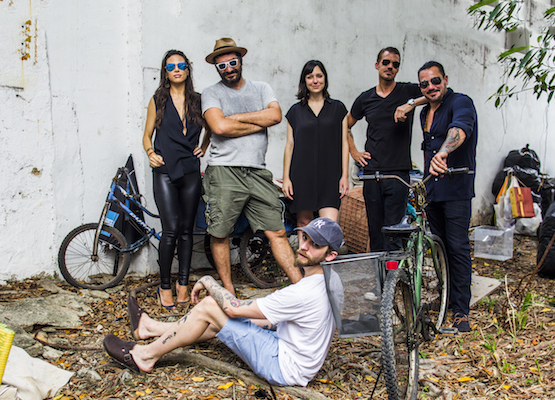 New York’s finest has launched its first overseas branch in Singapore with two industry heavyweights, co-founder Igor Hadzismajlovic and principal bartender Steve Schneider, switching to the city for the project. They sat down with Singapore business partners Joshua Schwartz  and Sarissa Rodriguez Schwartz to explain the move. Apparently New Yorkers like to talk, especially the ones from Bosnia.

The original Employees Only in New York was forged between five guys – Igor Hadzismajlovic (from Bosnia), Dushan Zaric (Serbia), Henry Lafargue, Jason Kosmas and Bill Gilroy (all American) – after they worked together at another New York bar, Pravda, in the late 1990s and early 2000s. Pravda had hired drink-mixing pioneer Dale DeGroff to train the bar teams (in an interview with Class magazine Zaric once described DeGroff as his “Yoda”), whose influence since the 1980s had gradually helped push the cocktail back centre stage on the New York scene. Employees Only opened in December 2004, with a mission to give bar and restaurant folk a post-shift haven in which to unwind. Key was the atmosphere: raucous, a blend of creative and wealthy patrons, and bartenders who acted like family. As Joshua Schwartz, also a one-time staffer at Pravda and now partner in the new Singapore venture, describes it: “Yes, it’s a great cocktail bar; but ultimately it’s a bar that serves great cocktails – getting your drinks fast, having fun, not taking themselves so seriously.” Fast forward to 2016 Singapore, and if you follow the thread from DeGroff through Hadzismajlovic and now Steve Schneider, it’s quite a bartender lineage establishing a new generation in the city. But why was Singapore chosen for the first overseas extension?

Igor: “I always knew that I wanted to open Employees Only in another large, worldly city. Joshua moved here six years ago to open Pangaea in Marina Bay Sands, but he used to be my bar mentor at Pravda in New York, 20 years ago. And he himself was taught by Dale DeGroff.”

Joshua: “Back in 2011 when Sarissa and I first moved here from New York we were curious as to what the cocktail scene was about, not because we were opening a cocktail bar, but because we were still interested in it. We always thought it would be amazing to get EO out here. I was always a fan. I brought it up with Igor the next time I was back in New York.”

Sarissa: “Being the first one outside of New York you need to uphold all the traditions. You have people who have been to EO time and time again and they have these memories. But also you have to make it your own.”

Igor: “Yes, this is not going to be EO New York. It’s going to be EO Singapore. We have key people from New York, but we are hiring local bar staff, wait staff the same, kitchen.”

Having waited 12 years to open another EO, now three are opening at (almost) the same time. According to Hadzismajlovic the timing is down to “coincidence, not a corporate expansion phase”. The five founders made an agreement they could open new bars under the same name, and with different investors. Besides Singapore, two others are appearing in the States, each one headed by a different member of the original team: Igor in Singapore; Bill Gilroy in Miami, around September; and before the end of the year in Austin, Jason Kosmas (who is also a partner with Dushan Zaric in Simon Ford’s 86 spirits portfolio). The Singapore bar is arriving in a row of redeveloped Amoy Street shophouses which also include a new home for Ding Dong as well as another NYC export, the Burger Joint. A walk through the bar pre-opening shows how much the venue is inheriting from the New York format: the pressed-tin ceiling; the significant dining area; and the curved bar – “It helps the point of view for the sitting customers; people come to a bar to meet people, not just for drinking,” says Igor. The most obvious difference, perhaps, is the layout, reversed left-to-right compared to New York. “It’s because we’re across the other side of the world,” suggests Steve.

Emphasising EO Singapore is definitely not a franchise agreement, partner and NYC general manager Eric Lincoln plus executive chef Julia Jaksic have come to launch operations. Long-term, further Big Apple transplants bartender Owen Gibler and chef Mauricio Espinoza will be permanent members of the Singapore team. Signature dishes such as steak tartare and bone marrow poppers will be retained, as will the closing time institution of chicken soup – a restorative vote of thanks from the bar to its patrons as they shuffle out the door.

Steve: “For the drinks, we’ll have the same structure as New York. I’m bringing 17 drinks over – favourites of ours, a balance of classics and fancy cocktails which have our homemade ingredients. A few drinks I am really looking forward to, in particular The Gimlet. Our EO lime cordial back in the day had fresh lime, agave syrup along with a bunch of spices, the main one being kaffir lime leaves. But in New York kaffir lime leaves are kind of a pain to get, but here…”

Joshua: “They just grow on trees.”

This article first appeared in Issue 44 of DRiNK China and Issue 02 of DRiNK Southeast Asia. Click here to subscribe to the magazine.

The Employees Only Gimlet