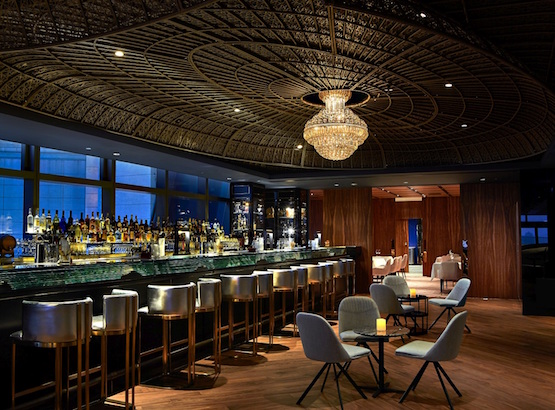 Salvatore Calabrese, the man known in the industry “The Maestro”, will open his debut project in Asia this week, and his first since leaving the Playboy Club earlier this year. Salvatore at Maison Eight is the bar element of the new Maison Eight concept in Tsim Sha Tsui, Hong Kong.

Situated on the top floor of a Kowloon skyscraper, Maison Eight combines views of Hong Kong Island from its terrace with a modern approach to classic cocktails under the watchful eye of Calabrese’s protege Fabien Macrcault, formerly of Honi Honi.

Aside from the cocktail bar, there is also restaurant Esme, a Bollinger champagne room – Le Club 1829 – and the Ballroom, a dance floor to groove away to international DJs and the impending house band, which combines for what they describe as a “luxury hotel without the rooms”.

Calabrese’s guiding hand already makes this a big opening – but it will only get bigger once the roof terrace opens later in the year.

VEA is a venture into the unknown