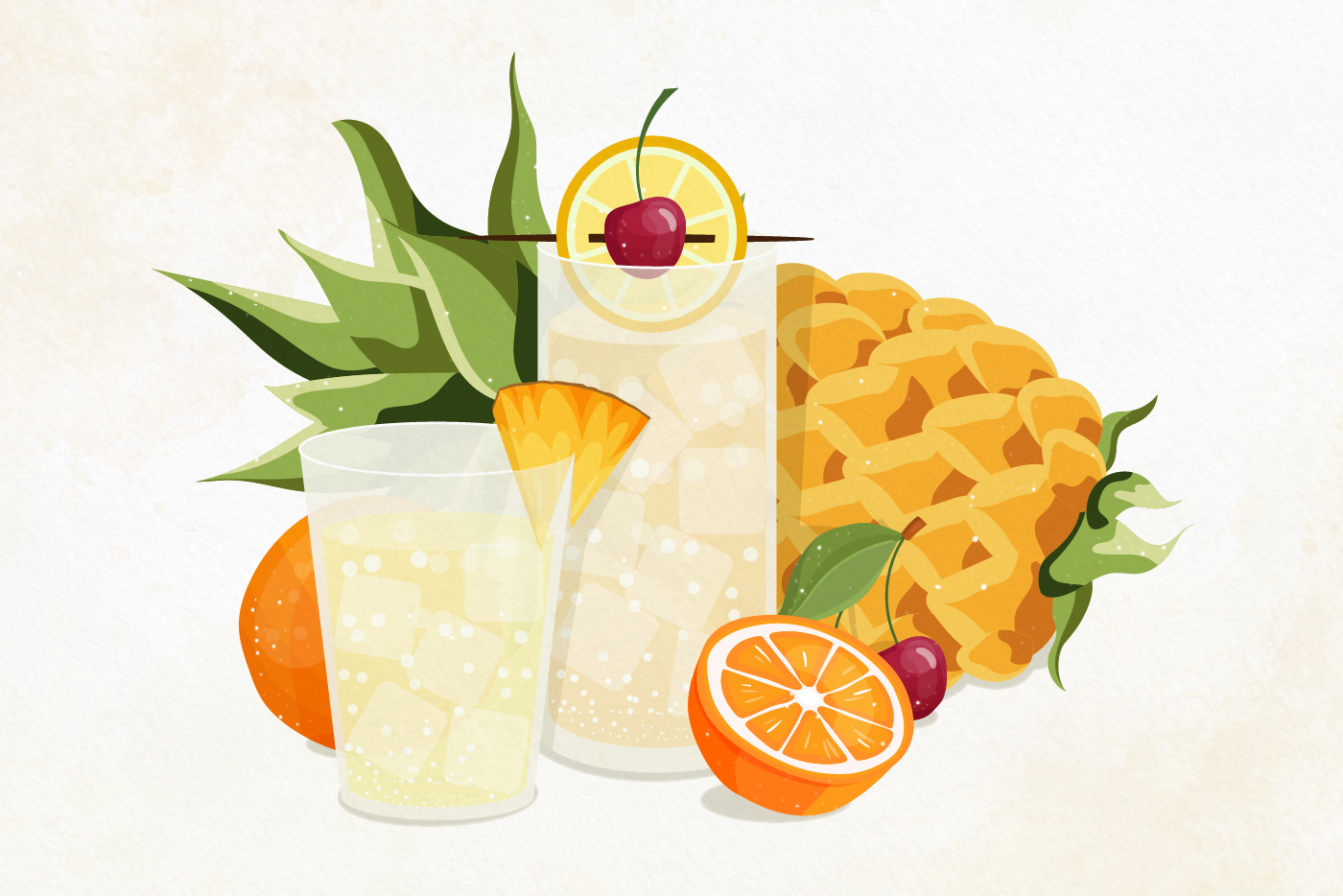 The sling – so called because you slung it back pretty quickly before moving on to the next, starting at breakfast and continuing throughout the day.

One of our Cocktail Families pieces delved into toddies. As discussed in that article, there is a lot of confusion surrounding exactly what constitutes a toddy and what makes a sling a sling. We borrowed heavily from David Wondrich’s Imbibe! in saying a “Toddy was perceived as a hot drink that you could also make cold, and a Sling as a cold one that you could also make hot”. To complicate matters though, according to Simon Difford in his guides, a sling can be hot or cold, while a toddy can only be made hot. So just to clarify, for the sake of this article, we will stick to the cold version as a point of difference.

So… going back to the origins of the drink, a sling was simply a mixture of spirit, water and sugar, often with a grate or two of nutmeg and some ice. It was a staple drink in North America from the 1700s through to the end of the 1800s, and was so called because you slung it back pretty quickly before moving on to the next, starting at breakfast and continuing throughout the day (“sling” supposedly coming from the German verb “to swallow”). Given these dates then, you can see that the sling was around long before the cocktail, and indeed, the first mention of the word “cocktail” in the publication The Balance and Colombian Repository (May 13, 1806) says that a “cock-tail” is “vulgarly called a bittered Sling”, implying that the sling was the much better known drink.

In effect then, a sling is nothing more than a way of making your heavy base spirit a little more palatable by diluting and sweetening. Two or three hundred years ago though, this probably also served the dual purpose of making the water safe to drink as well. Alcohol and sugar are both effective at inhibiting pathogens, and so a swift sling not only helped the morning along, but provided an element of rehydration as well. One can imagine a Gin Sling over breakfast, while a Jamaican Rum Sling might work well through the afternoon, with a Brandy Sling to relax with in the evening after a long day; beats a cup of tea!

So what does this have to do with that most famous of cocktails, the Singapore Sling? Well actually not much. As the cocktail was described as a sling with bitters, the Angostura content of the Singapore Sling means it shouldn’t really be called a sling at all. However, given the way mixed drinks evolve over time, it’s not so hard to see how it might have come about.

Firstly, the advent of carbonated water led many a bartender to replace water with soda, the familiar top to a Singapore Sling. Bartenders are also fond of replacing sugar with liqueurs, so that would be a logical next step. Nutmeg, being a spice, could then be replaced with bitters, or more herbal liqueurs such as Benedictine. In a warmer climate, citrus would then make the drink more refreshing, so perhaps the Singapore Sling isn’t quite so far removed from its namesakes after all.

There are other cocktail links here – David Wondrich makes reference to an 1804 recipe for a Mint Sling that is identical to a Julep, while the Sazerac and Old Fashioned are simply slings with the addition of bitters. It seems that the name was something of a fashion, and if you were a bartender or drinker between 1750 and 1900, calling for a sling would have been as natural as ordering a Mojito has become today. These days however, a request for any sling other than a Singapore would likely be met with some confusion from us bartenders. Perhaps it’s time to start re-using the term and resume slinging a few back at opening time.

A very traditional recipe for a sling, this is based on one from William Schmidt’s (of “The Only William” fame) 1892 book The Flowing Bowl. This is how the drink began and how most recipes are given before the start of the 1900s.

A goblet with a little fine ice
2 dashes gum
1 drink of whiskey,

Stir this well, strain and serve.

From this, we get the impression of the sling being quite a short drink to be drunk quickly. Just an Old Fashioned without bitters, served up. 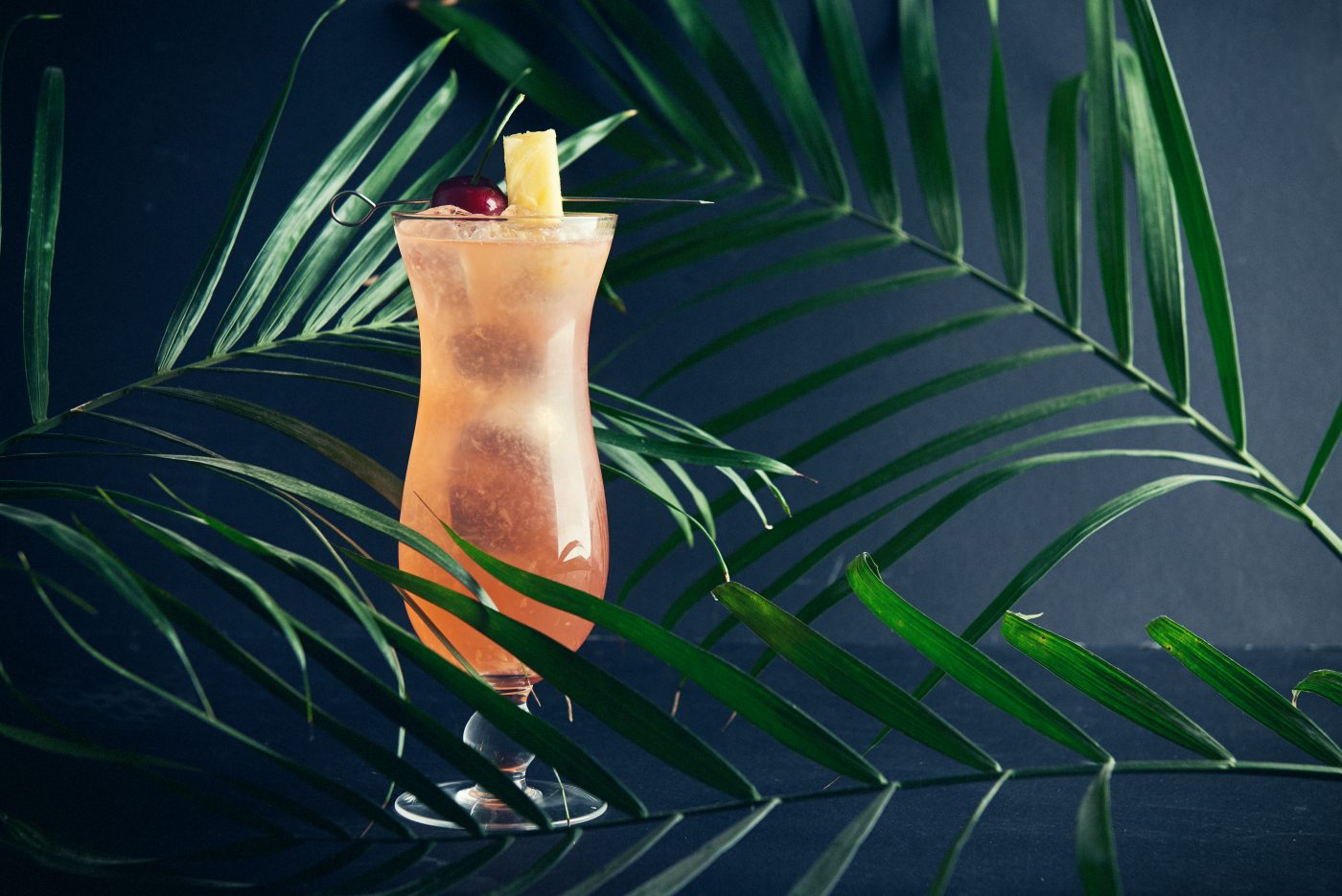 With one of the most documented origins, the Singapore Sling is accepted to have been created by Ngiam Tong Boon (who was Chinese-born) in around 1915 at the Long Bar of the Raffles Hotel in Singapore. It is likely to have been originally entitled the Straits Sling after the colonial name for Singapore, before changing in the 1920s. Unfortunately the original recipe has been lost, but it is likely to be similar to this one given by Charles Henry Baker Jr in The Gentleman’s Companion (1946), who described the drink as “a delicious, slow-acting, insidious thing”. This recipe is much more like that of a traditional sling, without lots of juices or bitters.

Whilst the recipe above is recognisable as a Sling, most customers will not be expecting anything like this. More traditionally, the drink now contains juices and bitters. This is the recipe given by Dale DeGroff in The Essential Cocktail (2008), where he claims to have verified the recipe with a previous head bartender of The Long Bar at The Raffles. The Long Bar has again updated this recipe with recipe with premium ingredients.

A simple sling is a great drink that can be used to show off the characteristics of a good spirit by diluting but not overpowering. For a customer who is not used to drinking spirits straight, it can be a useful introduction to bourbon or scotch for example, and it also works well with stronger liqueurs by watering them down to release flavours.

Aside from the Singapore Sling, the term is not used often these days. Rather than having a page full of flavoured daiquiris, mojitos and martinis in your drinks list, why not add in a few slings? We have found customers quite like the idea of knocking back a few before a meal, and they are quick and easy to make.

It is very traditional to serve a Singapore Sling with a sail garnish using a cherry and either lemon or orange. While they have their fans, we would recommend ditching the fluorescent maraschino cherries and making your own. Cherries and maraschino liqueur are essential, with bourbon, sugar, cherry brandy and bitters all helping to make them more interesting. Add the cherries to a mason jar, cover with your selection of ingredients and leave for at least a couple of weeks before using.

When making a Singapore Sling, it is generally best to ask your customer what they are expecting from the drink. Some would like a blended, foaming pineapple drink that hides the spirits, whilst others may be looking for a dry drink that brings out the flavours of the gin and cherry brandy. It’s up to us to make them the drink they want, not the one we think they ought to be drinking according to historical references (although by asking the question, you may hopefully encourage them to try something different).

Get to know: Rob Roy