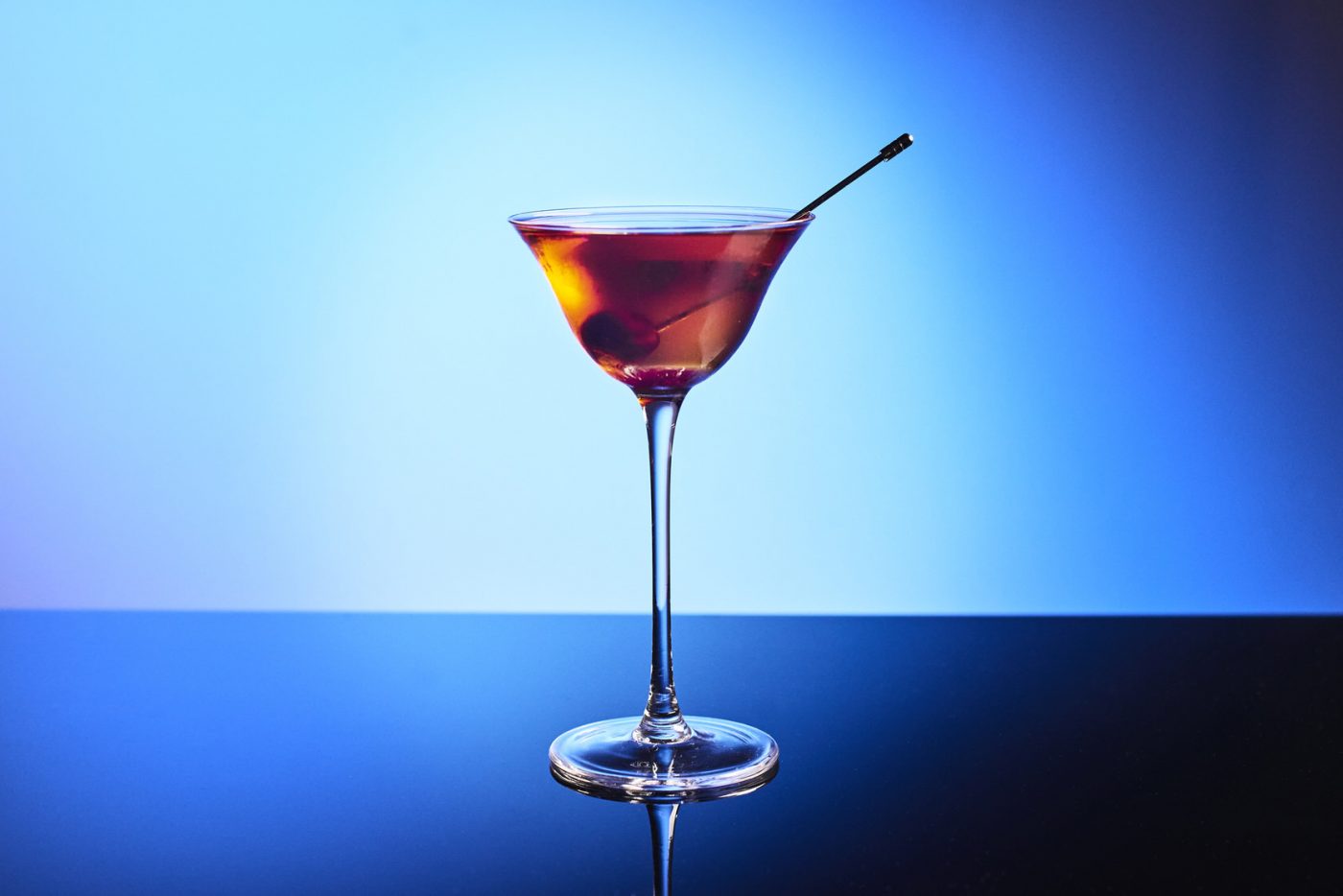 The drink of Scottish freedom fighters, or 19th Century socialites.

There are not many famous Scotch whisky cocktails. The cocktail is an American invention, and while the apothecaries and, later, saloon hands and bartenders across the Atlantic were concocting potions both medicinal and recreational out of hard liquor, the Scots were drinking their spirit neat. Or perhaps mixed with a little water.

In truth blended whisky is a kind of cocktail already. The art of blending different grain and malt whiskies was an economic trick to make the good stuff go further. But it was also a technique for taking the edge of some of the more powerful malt whiskies. The resulting blend was an attempt at harmonising the different flavours of all the different spirits – a little more floral Highland whisky here, a little more Islay smokiness there – with everything in balance.

Mixing with Scotch can therefore be a dangerous game. The blend has been made already; the flavours arranged. Still, the same might be said of most cocktail ingredients. But in Scotch’s case, some of the resulting flavours really don’t mix well with other ingredients. It can be hard to justify using a heavily smoky Scotch, or one with too much whiff of sea salt, when a sweeter bourbon or a lighter and drier rye whiskey would better do the trick.

Despite this, a few cocktails made from Scotch have made it into the hall of fame. The Blood and Sand is one, the Whisky Sour another, even in the latter’s case when it’s simply a copy of another classic, but substituting Scotch for rye or bourbon. That is certainly what happened with the Rob Roy, a straight take on the Manhattan.

Not that the Americans minded. By the end of the 19th century, when the cocktail first appeared, the Americans were in the grip of Scotch whisky mania. A keg of Dewar’s had just been delivered to the White House in 1891, sparking a rush to import more of the stuff from Scotland (and a wave of protests about protecting homegrown US distillers). And then in 1897 Dewar’s became the first company to broadcast a motion picture advert, using a projection onto a building in Herald Square, New York, of several laughing (and presumably drunk) Scotsmen. The whisky boom had begun.

The Rob Roy itself was most likely named in New York after an opera being performed at the end of the 19th Century which told the story of the Scottish folk hero Rob Roy. This character was a red-headed teenage soldier turned cattle farmer (real name Robert MacGregor, born 1671), who had to go on the run after losing (or possibly taking) a fortune belonging to a local lord. Now outlawed, he turned to cattle hustling for a living, promising protection to those that paid him, and disappearing cows for those that didn’t.

Somewhere down the line however, history turned him into a hero who robbed from the rich to give to the poor. Two novels about his life, the 1894 opera, and most recently a 1995 Hollywood film starring Liam Neeson (overshadowed by Braveheart – another Hollywood epic about a Scottish rebel, also out in 1995 – and his naked buttocks) all celebrated him as a wild, roguish and terrifying Highlander, but also an ultimately honourable hero. Accurate or not, this was the type of character which does wonders for whisky’s macho image, and so the popularity of the drink was secured.

After the Second World War the Rob Roy did wander into obscurity, as vodka cocktails first, and then more colourful, fruity and fanciful creations later, became more fashionable. Indeed for a while it was considered a little old fashioned. But with the renaissance of classic cocktails in global bar culture, this strong, masculine tipple is once again becoming a bartender’s favourite.

1860 Before the Rob Roy came the Manhattan. Among the stories surrounding the origin of the Manhattan – a drink it can be claimed with complete certainty was named after its birthplace in the Manhattan borough of New York – one of the earliest identifies a bartender named Black, who is said to have concocted the drink at a bar on Broadway, in 1860. The drink marked the beginning of  French and Italian vermouth in cocktail making.

1874 The most common story however has the drink being created for a banquet given in the early 1870s by Jennie Jerome (Lady Randolph Churchill, mother of the famous wartime British prime minister Winston Churchill), held at the Manhattan Club. However David Wondrich, in his book Imbibe, dismisses this as myth, pointing out that Lady Churchill was at the time about to give birth to Winston in England. The club claimed it nevertheless, and the club was also named after, yes, the Manhattan borough of New York. If only all names were so simple.

1894 Or perhaps they are. The Rob Roy appeared in 1894, named without complication straight after a new opera that was being staged in New York – called Rob Roy. The work was written by Reginald De Koven, a popular composer of the time, who had four years earlier written an opera based on another folk hero, Robin Hood (who Rob Roy is often compared to).

By the end of the 19th century, cocktails were centrestage in New York’s social scene, and so designing a new one for the launch of your opera/film/restaurant/moustache wax emporium was the marketing tool du jour. These Rob Roy opera marketeers knew how fashionable the Manhattan had become, so simply re-mixed it with Scotch instead of rye or bourbon.

The cocktail went on to appear soon after on several New York hotel bar menus and in newspaper articles up to 1919 and the beginning of Prohibition (when the sale of alcohol was made illegal in the USA, and Scotch was no longer imported). It had proved itself an instant hit.

1930 The Rob Roy appears in The Savoy Cocktail Book, published in 1930. The author Harry Craddock (a New York bartender exiled to London by Prohibition) notes that it is enjoyed by Scots celebrating St Andrew’s Day.

1931 The Rob Roy then shows up in The Old Waldorf-Astoria Bar Book, written by Albert Stevens Crockett in 1935. He mentions that it was named after the Broadway opera show Rob Roy, and claims that it was created in the Waldorf Bar – which was indeed just around the corner from the original Rob Roy Broadway theatre, and could therefore easily have been the drink’s birthplace (although there is no concrete evidence for this).

1933 Prohibition is repealed on December 5 and Dewar’s have ships waiting in New York harbour, with the first consignment of legal Scotch whisky ready to land at midnight. The Rob Roy will be one of the drinks ready to re-introduce those Americans who couldn’t afford bootlegged imports to their love affair with Scotch.

1948 In his postwar cocktail bible The Fine Art of Mixing Drinks, David Embury adds these interesting details. The drink is made exactly like a Manhattan, as we know, but if orange bitters are used instead of Angostura, the Rob Roy is sometimes called the Highland or the Highland Fling, or even the Express. He also mentions the variation on the Rob Roy, the Bobbie Burns. This drink originated around the same time as The Rob Roy and has plenty of variations. If you want to try it, just add a dash each of triple sec or orange bitters and then absinthe, Pernod or Benedictine. Just a dash.

This article was first published in Issue 3 of DRiNK Magazine, written by Peter Kendall.