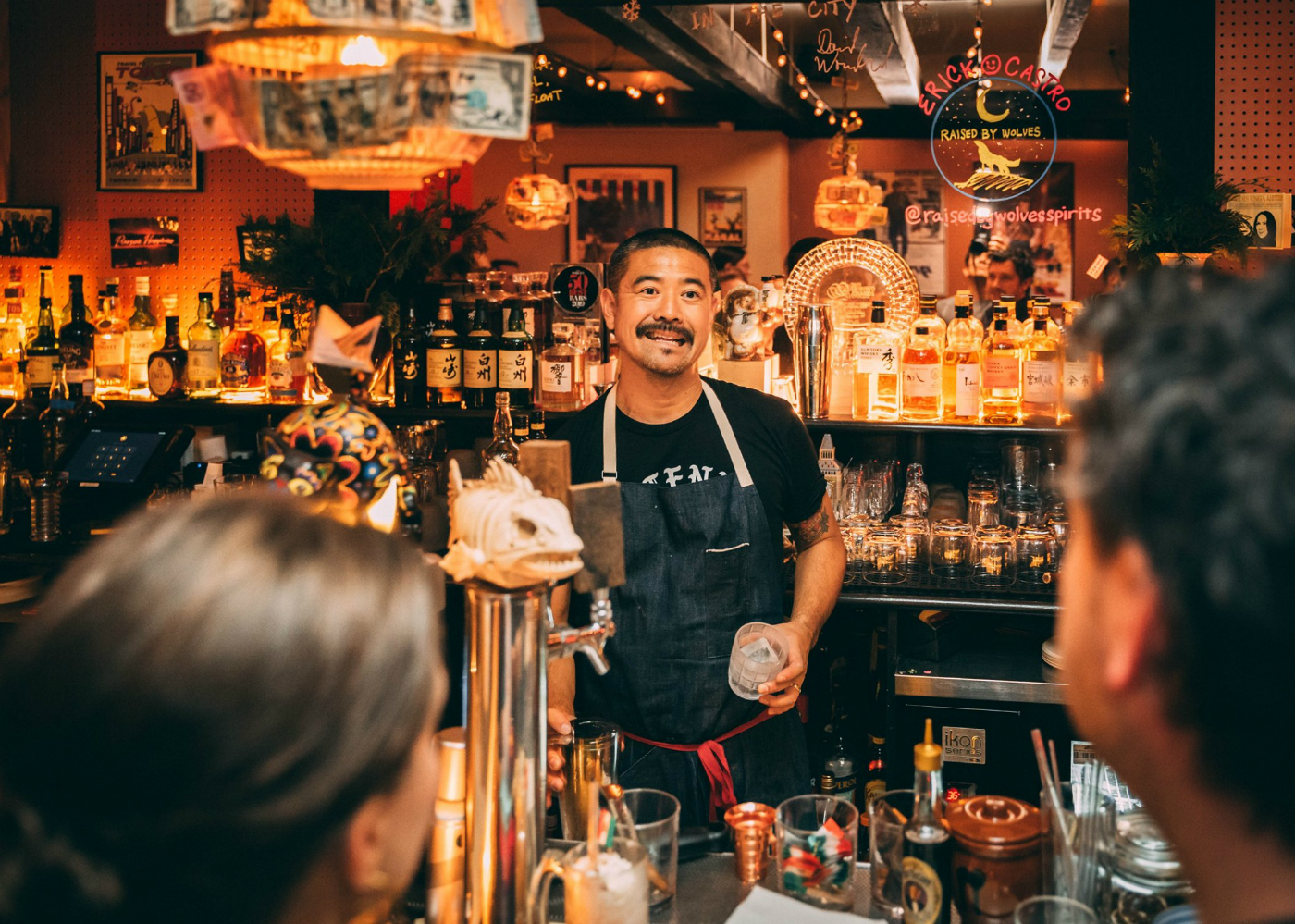 Bannie Kang (MU, Taipei) at Quinary (Hong Kong)
Bannie Kang, the wonder woman who took out the title for World Class Bartender of the Year 2019 and is currently opening her new venue MU in Taipei, will head to Hong Kong’s Quinary for one night only. She’ll join the Quinary’s Shelley Tai, who was also a World Class Global finalist, and the pair will be serving three cocktails each using Tanqueray gins.
When: January 8, 6-10pm

David Nguyen-Luu (Manhattan, Singapore) and Devender Kumar (8 ½ Otto e Mezzo Bombana, Hong Kong) at The Odd Couple (Shanghai)
In The Odd Couple fashion, the Shanghai bar pairs different bartenders together for a guest shift. We’d argue that these dapper fellas aren’t quite the odd pairing, hailing from bars that both feature on Asia’s 50 Best. However, they both serve different styles from Bombana’s perfect classics to Manhattan’s New York inspired cocktails.
When: January 11, 8pm-late

Edriane Lim (The Bar at 15 Stamford, Singapore) at Gekko (Yangon)
Singapore stalwart Edriane Lim has bartended at Sofitel So Singapore, Equinox Restaurant at Swissotel The Stamford, Anti:Dote Bar at Fairmont Hotel and most recently left the legendary gin palace Atlas to helm The Bar at 15 Stamford. He’ll be heading to Yangon’s Japanese outpost Gekko for a night of rum cocktails.
When: January 18, 7-10pm

Masa Urushido and Abeo Miller (Katana Kitten, New York City) at Manhattan (Singapore) and Two Rooms (Tokyo)
Bringing a taste of New York City’s quirky neighbourhood Japanese bar, Masa and Abeo will tour the magic of Katana Kitten in Singapore and Tokyo. Known for their “prawn head shots” and drinks delivered on remote controlled cars, it’s anyone’s guess as to how crazy these shifts will get!
When: January 23 at Manhattan (Singapore). Masterclass 3-5pm and shift 8pm-1am
January 25, 7pm-midnight at Two Rooms (Tokyo)

David Cordoba (The Lovers Rum) at Origin (Singapore)
To launch Thursday Daiquiri Night at Origin, Mr Daiquiri himself and co-founder of The Lovers Rum will jump behind the stick for an evening.
When: January 30, 8pm-midnight

This Chicago lounge is gambling on bringing the kitchen to cocktails