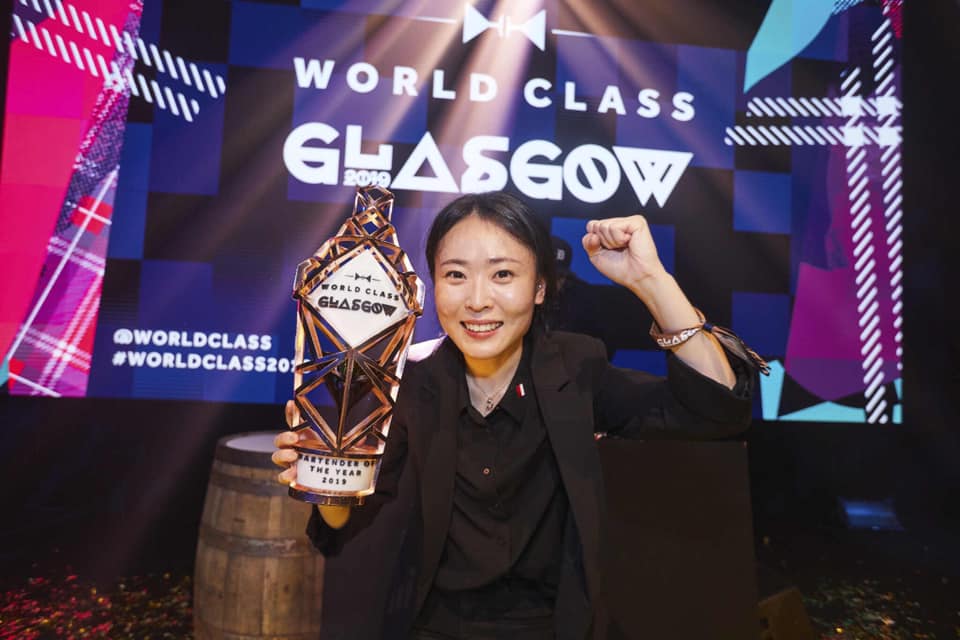 Anti:dote’s head bartender takes home the top prize after a series of challenges in Glasgow. By Holly Graham.

To kick off the competition, finalists headed to the Ketel One distillery in Schiedam, Netherlands, challenged with creating cocktails with a positive environmental impact, then headed to the Talisker Distillery on Scotland’s Isle of Skye to take part in a Talikser-based mystery box round.

The final challenges took place in Glasgow, where competitors created cocktails using The Singleton, a cocktail flight of Tanqueray No. Ten and took part in a Johnnie Walker ‘highball in a can’ challenge. The final test was a speed round judged by industry veterans including Monica Berg, Ago Perrone, Julie Reiner and Hidetsugu Ueno.

The evening also saw the reveal the host city of World Class 2020 finals as Sydney, Australia before Bannie was announced as the champion. As the World Class Bartender of the Year 2019, Bannie will now spend the next 12 months as a global ambassador for Diageo’s Reserve brands, judging World Class 2020’s regional competitions and educating fellow bartender’s on Diageo’s products.

Congratulations Bannie, we are all so proud of you – you have done not only Singapore, but Asia, proud!

All the winners of The Bar Awards Singapore 2019