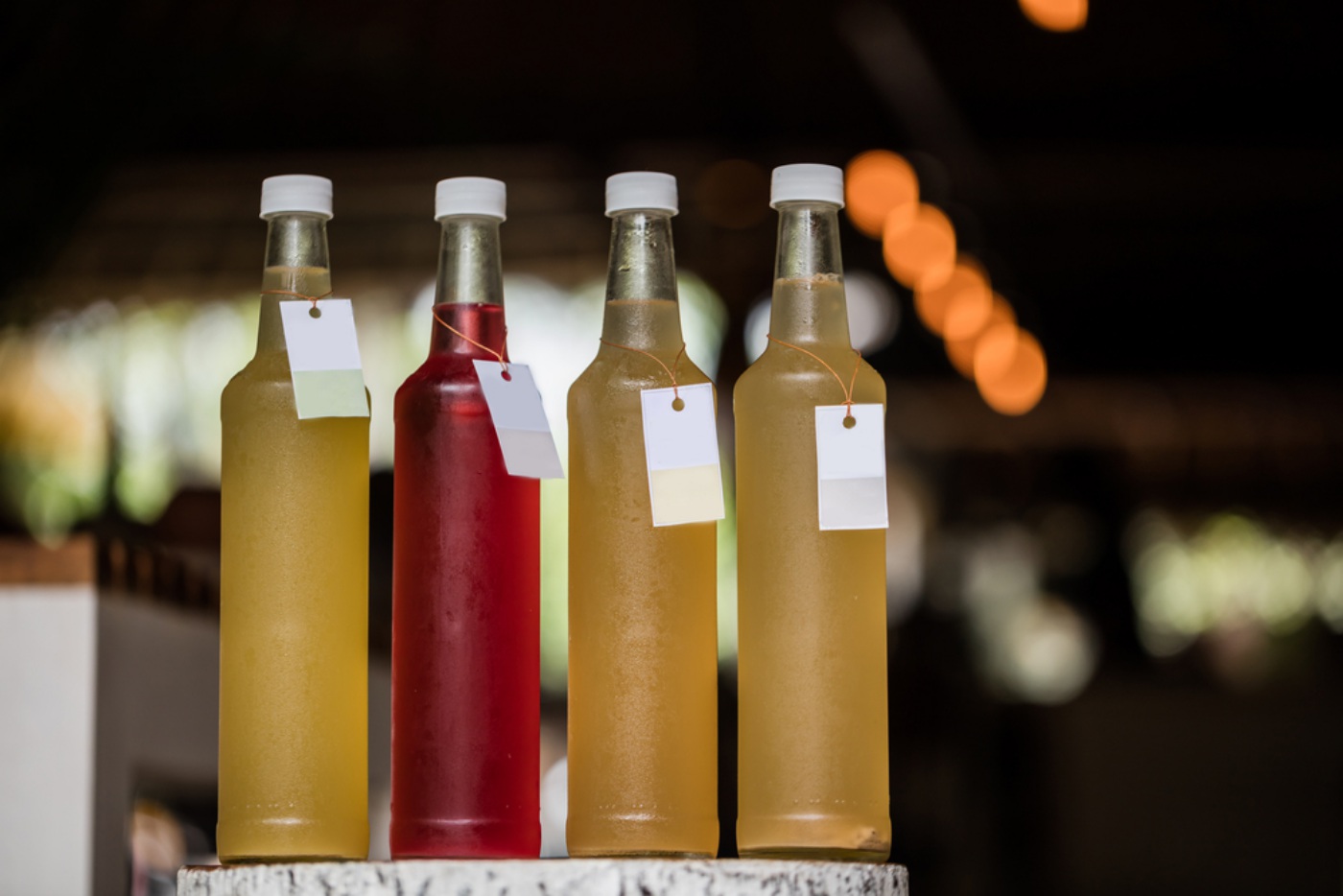 Something’s brewing as fermentation comes alive in Asia’s cocktails – we ask four leading bartenders how to avoid vinegar, explosions, or even vegetable soup. By Holly Graham.

1Be prepared – and prepared for failure.
“I strongly suggest you do your research beforehand,” says Osmund Bernard, co-founder of Kenshin in Kuala Lumpur. “My recommendation is to read The Art of Fermentation by Sandor Ellix Katz.” But fermentation is a difficult process to control – which is why Adam Bursik, bar manager at Origin in Singapore, reckons you’ll have to learn the hard way, too: “Don’t be afraid of failure and keep trying without sticking to one recipe – keep adapting based on tasting throughout the process.”

2And start simply.
Tom Egerton, Spirits Evangelist at Proof & Company: “The easiest way to control fermentation is to pasteurise your wort first, then add your own controlled yeast. Simplicity is key when you are learning about how yeast reacts to heat, sugars, time and the million variations therein.” There may be no point in running before you can walk, anyway. “There’s a great story about a brewer spending 12 hours hand cutting and crushing apples, pasteurising and dosing with sugars and yeast, letting it sit and gravity clarifying and bottling it, only to find his store-bought cloudy apple juice with a half teaspoon of brewer’s yeast was preferred by those who tested his experiments,” continues Egerton. “There is so much going on in fermentation, you need a lot of trial and error to start understanding the effects.”

3Choose the right container.
Jay Khan, owner of Coa in Hong Kong: “Ferment in glass jars. It’s not essential or compulsory, and you can ferment in many other vessels, but I like glass because it’s easier to clean and you can see what is going on inside. Also, it’s a better look aesthetically if you want to display it so your guests can see. That said, don’t ferment in metallic containers, especially for acidic ferments, as corroded metal debris will end up in your ferment.”

4And make sure it’s clean.
Which means really cleaning and properly sterilising (the cheapest and easiest being with boiling water). “Once I rushed some fermented pineapples and put the batch in a container that had previously contained root vegetables and wasn’t sterile,” says Bursik. “My fermented pineapple was more of vegetable soup with a twist.” Khan extends that care to other equipment too: “Try to avoid using the same utensils that you might be using for different ferments, as cross contamination could occur.”

5Choose your ingredients wisely.
Khan tends to use fruits with edible skins: “That way, I don’t have to add additional yeast. There are an infinite number of ingredients you can use as most things we eat or drink are fermentable. Recently I’ve been experimenting a lot with rice beer. Rice won’t ferment on its own though, so you have to add enzymes to convert the starch to sugar.” Bursik advises staying mindful of the season: “As the season changes, the content of sugar in fruit changes too, so the flavour of fermented products – even if you use the same fruit – will change. Fermenting bananas is a little simpler, as you can wait for them to ripen naturally before starting the process and I’ve found ginger beer is easier to fix as you have to add sugar, lemon and yeast for fermentation, so the flavour can be easily controlled.”

Not everything works, however, and though Bernard recommends most tropical fruits like jackfruit, pineapple, coconut and bananas, as well as palm tree, cassava and rice (glutinous rice is the best), he warns against durian – “for obvious reasons!” Herbs and spices? “Only use a small amount as they can easily dominate the flavour,” he adds. In keeping with the name of his bar, Egerton likes to work with sweet potatoes and taro, as he says basic sugars and starches make for easier ferments.

6And don’t forget to sweeten the deal.
You may need to add sugar to help feed the yeast, so Egerton advises combining simple and complex sugars pre-fermentation. “Yeasts have a harder time converting complex sugars such as honey and agave. Using just one sugar runs the risk of your yeast eating all of it and your final product being too tart. Try combining pure refined sugar with honey, agave and cane sugars.”

7Keep your eye on the prize.
Fermentation is a volatile process, with lots of variables – things that can be easily solved, or go explosively wrong. Khan re-assures on the subject of mould: “Don’t panic. Mould occurs because of oxygen, so if you’re fermenting fruit and it’s not submerged completely, mould will form on the surface occasionally. As long as the mould is white, scoop it out and continue.” He also warns against the product’s volatile tendencies by recommending you don’t leave sealed jars or bottles unattended for too long. “Pressure builds up inside and may cause the jar or bottle to explode. Two ways to prevent or slow down this process is to pasteurise your final product to stop fermentation, or, if you want to serve a live product like we do, place it in the fridge once you think the fermentation is completed according to your recipe.”

8Taste, then taste again.
Keeping an eye on your product also means tasting along the way; once you think it’s ready, stop the process. “Stop fermentation using sulphides, chilling or pasteurisation (raising it to 70C by boiling). Remember that yeast is a living thing, and unless you stop fermentation it might taste completely different from day to day,” says Egerton. How do you know if you have a problem? Bernard: “Over-fermenting will kill the yeast, causing your batch to sour to become vinegar. Always keep it out of direct sunlight and at room temperature between 20-30C. If it’s too cold, fermentation will slow down and if it’s too warm, the batch will spoil”.

9To seal, or not to seal?
Sealing is key, according to Khan, when you’re fermenting yeast to produce alcohol: “There is no need for oxygen to be present and yeast thrives in an anaerobic environment.” But he adds: “If your recipe calls for oxygen, don’t leave your ferment wide open, as it could attract pests and some may fall into your batch. Make sure the vessel is covered with a cloth.”

10Impatient? Speed things up.
Khan has sped up fermentation for certain recipes: “I like to accelerate my secondary fermentation after bottling by placing the bottles inside a precision temperature control bath of around 30C. In a matter of hours, it creates enough carbonation so I don’t have to wait longer.” But again, this can go wrong, as Jay has learned. “When I attempted to make my first rice beer, I placed the entire jar into the sous vide bath to accelerate the process, but the end product was very sour. Later I learned it was because lactic acid bacteria favours warmer temperatures and grows faster and causes more lactic acid in the batch.”

11When you’ve mastered a ferment, keep it consistent.
Egerton says once you’re happy with your product, think of it like sour mashing in bourbon production: “Try using a portion (around 100g for 6kg batch of dry materials) of your previous batch in your new batch to reintroduce a similar yeast into the fray.”

So now you’re all set to give fermenting a go, the final word goes to Khan: “Don’t lose hope. If things don’t work out, find out why and try again.”