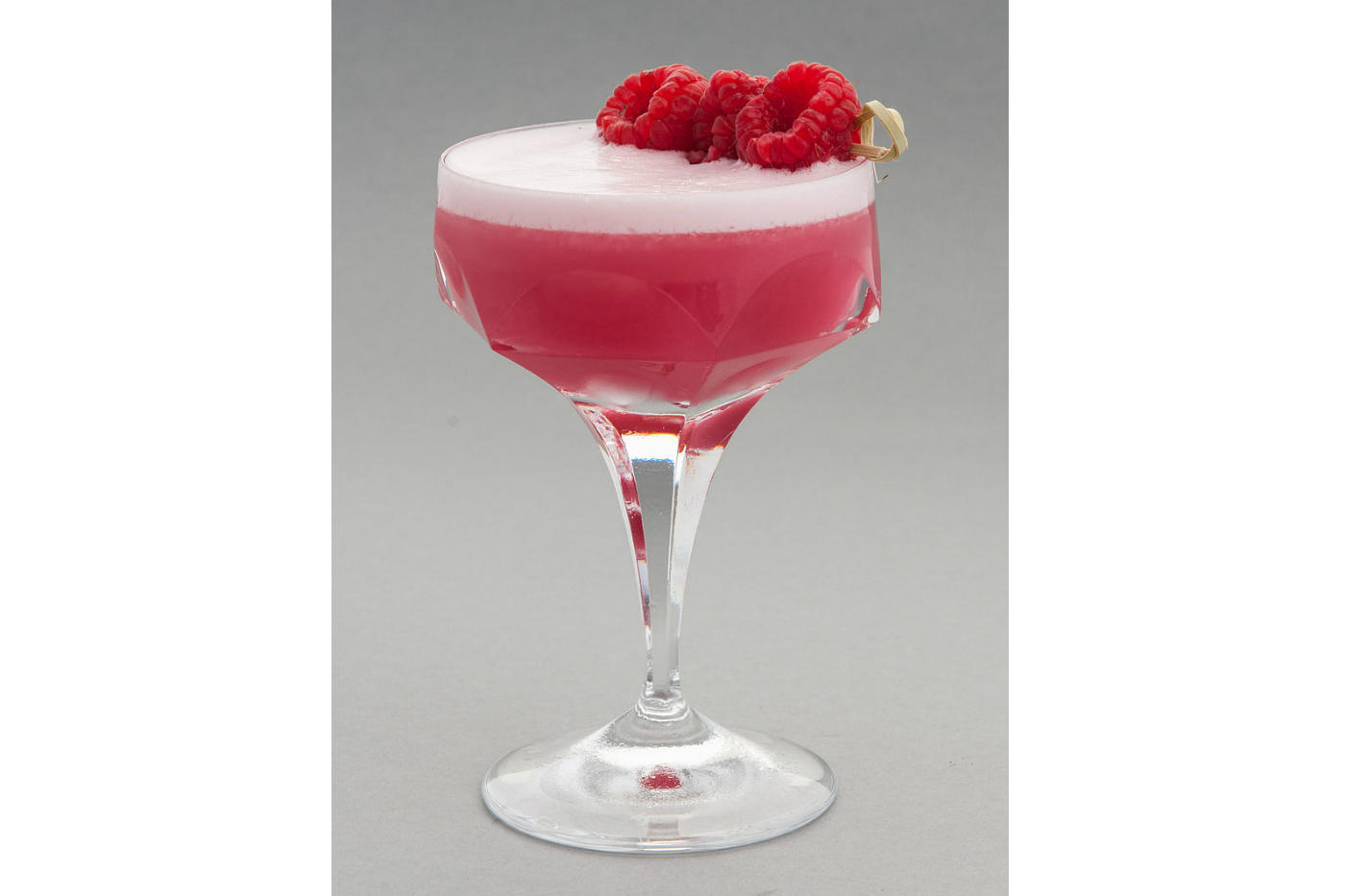 This drink first appeared in our feature on Cocktail Families: Sours.

By the start of the 20th century the Sour had become one of the dominant vehicles for mixed drinks, with variations aplenty. The Clover Club Cocktail, developed as an identity badge for a group of well-to-do Philadelphia lawyers and writers, is one such historical footnote. Fortunately it’s now been resurrected, although the pink colour may not find so many fans among modern-day lawyers. The sweet element has been switched to raspberry and the Clover Club is also a Sour that, like many, uses egg white to add a lasting foam and texture. If you are worried about raw eggs, use pasteurised egg white. Ultimately you can also just forget it.

60ml Gin
22ml Lemon juice
7ml Raspberry syrup (or 3-5 fresh raspberries or tinned raspberries, muddled through – adjust the lemon juice if using these, or add a dash of sugar syrup)
White of one egg

Shake all the ingredients hard to form a good froth, then strain into a chilled cocktail or sour glass.