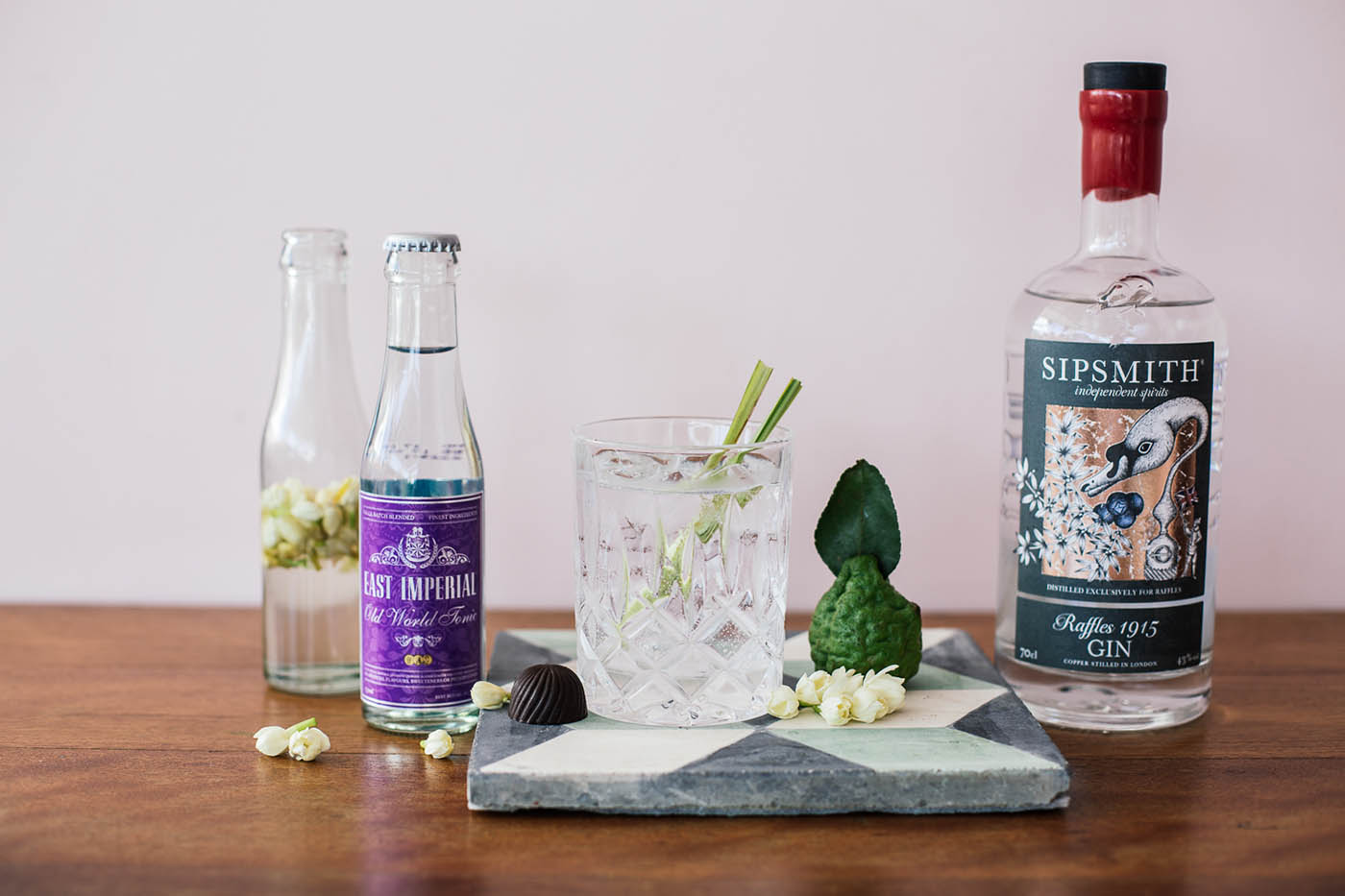 “We took inspiration for the drink from Khmer flavours and tried to pay homage to our culture and traditions as one of the most iconic and the oldest hotel in Phnom Penh. As a base, we used the Raffles Sipsmith 1915 Gin, crafted for Raffles Hotels around the world. The unique botanicals – jasmine, lemongrass and kaffir lime – are also used in traditional Cambodian cuisine, and as an added touch, we made our own bitters using lemongrass and kaffir lime leaves, and a syrup of fresh jasmine flowers to enhance those flavours. Presentation is key, so we selected a traditional Cambodian tile, which matches the design of the Elephant Bar, and serve the cocktail with the featured botanicals around the glass.” – Chhuon Udom, Elephant Bar at Raffles Hotel Le Royal, Phnom Penh.

Stir and serve with ice in a rocks glass with East Imperial Old World Tonic. Garnish with a stick of lemongrass.