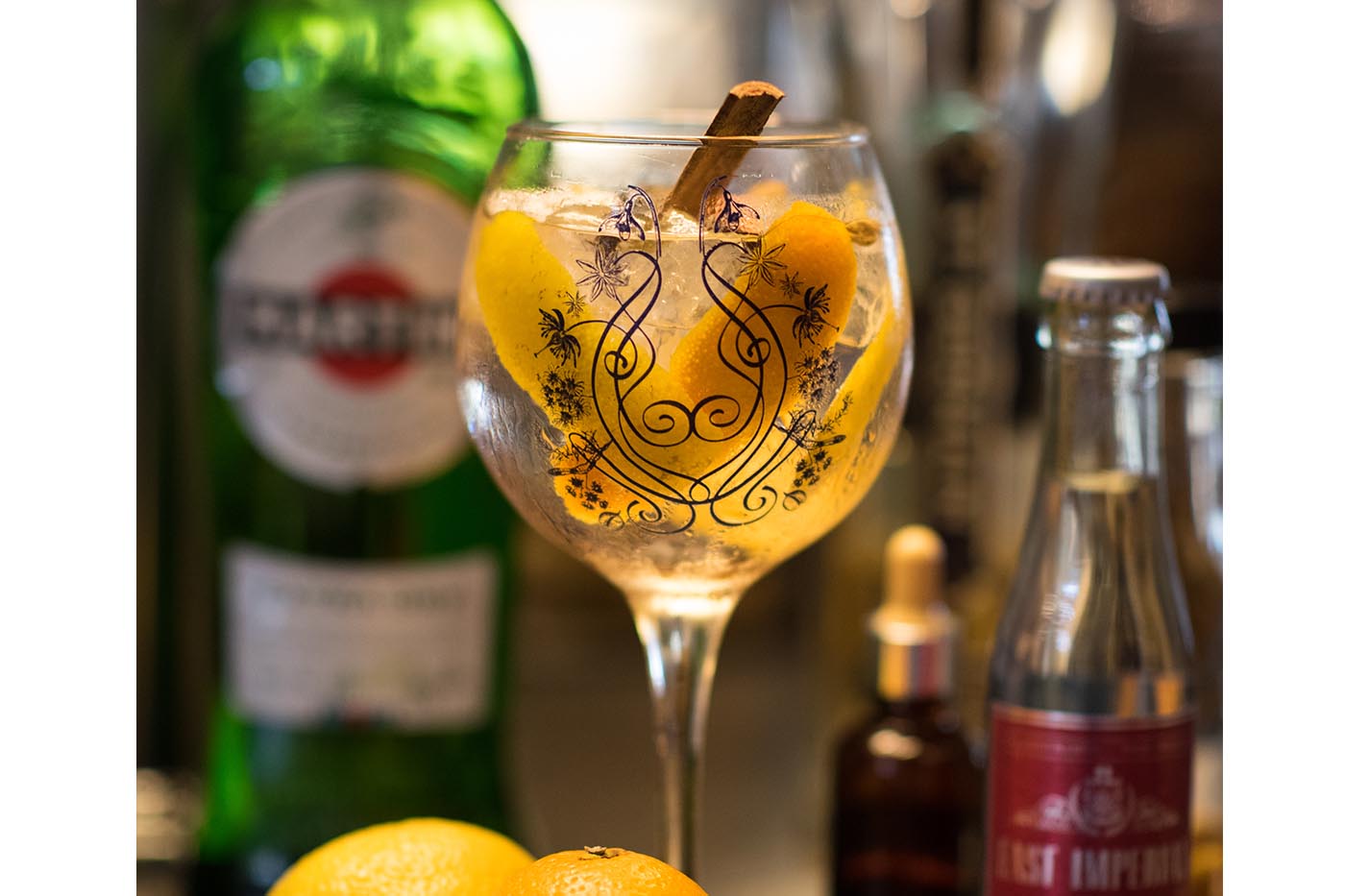 “When I was little, I bit on a piece of star anise and it literally tore me apart – it was horrible. My entire meal was over. But later, I began to love to work with different herbs and spices and incorporating them into my drinks. You won’t find them in a typically refreshing drink, but it definitely gives a G&T like mine character.” – Kazi Tanbir.

Stir and serve with ice in a copa de balon with orange and lemon peel, cloves, star anise, cardamom and a stick of cinnamon.