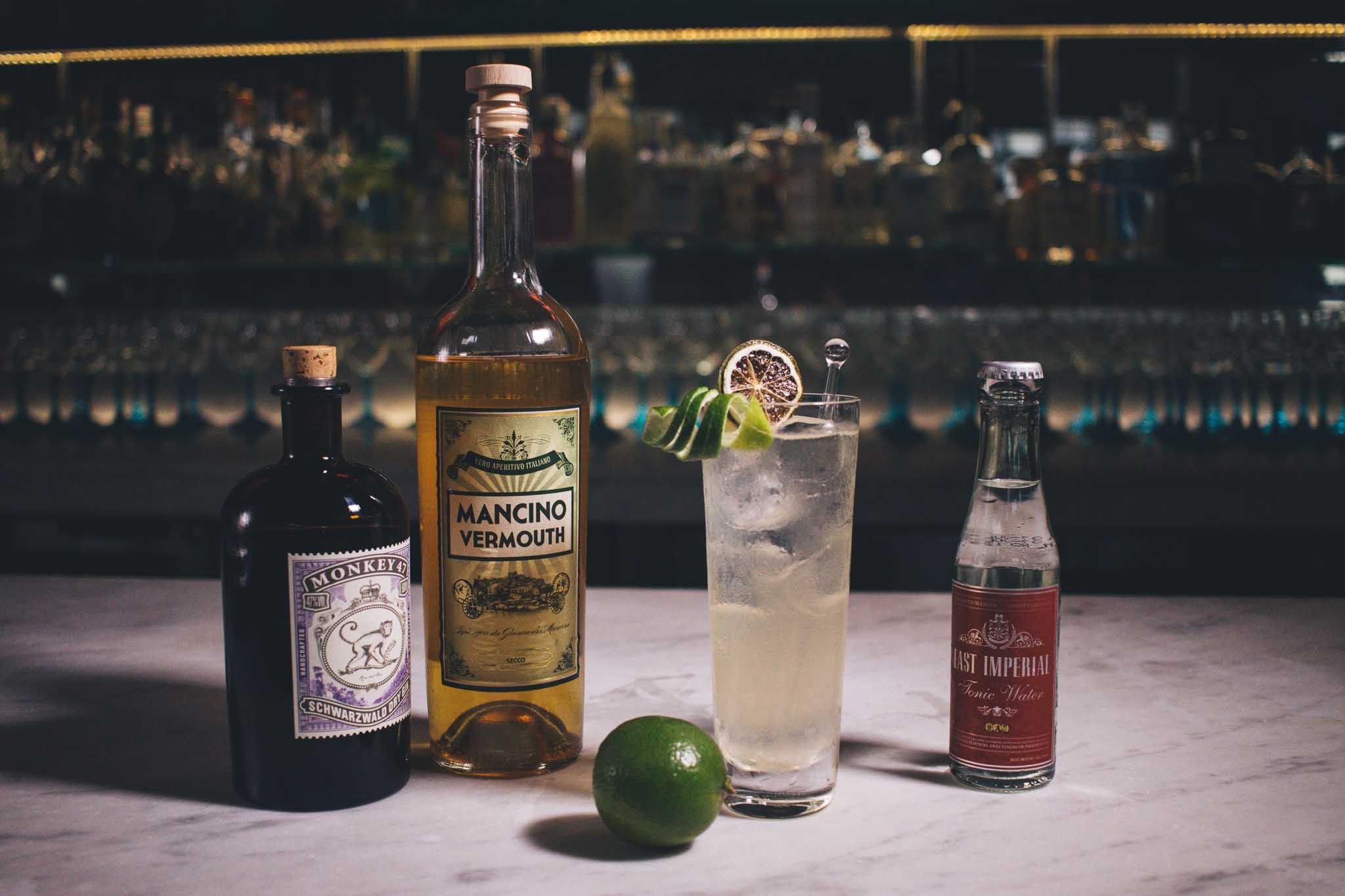 Imelda joined Gin Jubilee because she wanted to represent the women of the Hong Kong bar industry. Ferien, German for holiday, was so named as she wanted her guests at Blue Bar at the Four Seasons Hong Kong to feel relaxed after having a few of her cocktails. Monkey 47 gives it a refreshing taste, the mulled spice tea-infused vermouth – made with orange, lemon, juniper berries, cinnamon and cloves – exudes a festive scent, and caramel and East Imperial Burma Tonic also adds warmth to the cocktail.

Stir and serve in a highball glass over ice. Garnish with a wedge of lime.