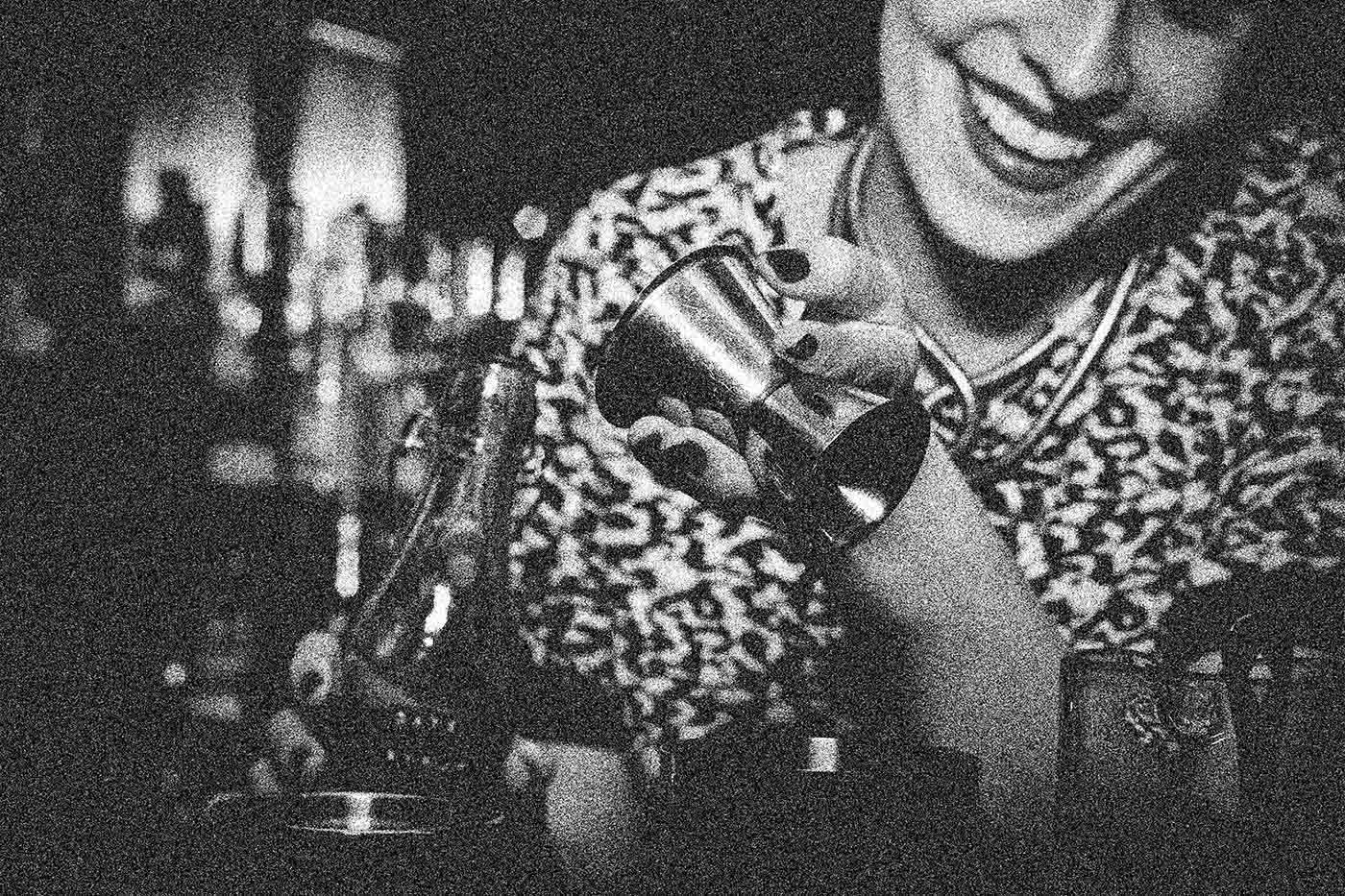 We asked bartenders around the world their go-to tips for making drinks taste better. Here’s what they had to say. By Jonathan White.

01 Go back to cocktailing’s roots
The use of sugar in cocktails dates back to the days when they were called cock-tails and sugar was one of only four necessary ingredients, along with liquor, water and bitters. So it makes sense that it would remain important today. Jeff “Beachbum” Berry, long regarded as one of the world’s most influential voices in rum and tiki culture, certainly seems to think so. It was when he was putting his bar smarts where his mouth is and putting his name to Latitude 29, a tiki-themed gastropub at the Bienville House Hotel in New Orleans, that he reconsidered sugar. “Before I opened Latitude 29 I knew that the international cocktail community would be judging us on our Daiquiri. So I spent a year trying to perfect the right balance of rum, lime, and simple syrup,” he says. “Here’s what I learned: don’t use syrup.” It’s a bold statement but Berry has his reasons. “It gives you a glycerine- like mouthfeel, and muddies the crisp, snappy vibe that a proper Daiquiri should have.” His solution? “I am 100 per cent for dissolving granulated cane sugar in the lime juice before adding rum and shaking. The difference is striking.” He argues that it’s also minimal effort for the improved result. “Stirring to dissolve sugar is the same thing we do when making a proper Old Fashioned,” he argues, “and the Daiquiri deserves the same respect.”

02 But, syrup does provide a clever balancing act
Jeffrey Morgenthaler, barkeep at Clyde Common in Portland, Oregon, and author of The Bar Book: Elements of Cocktail Technique, finds that he often returns to the same trick when he is developing new cocktail recipes. “If a new cocktail doesn’t seem to be working out, or you’re having a hard time balancing it,” he says, “a teaspoon (5ml) of 2:1 simple syrup will often fix a drink.” He must be doing something right: Morgenthaler was named America’s Bartender of the Year and the country’s Best Cocktail & Spirits Writer at last year’s Spirited Awards at Tales of the Cocktail. 03 On balance, maybe you should forget balance
Peter Chua, head bartender at Crackerjack in Singapore, suggests that as counter-intuitive as it sounds, deliberately making a drink slightly unbalanced can work wonders. “Hold on, before you bring out torches and pitchforks, just hear me out,” he pleads. “Far too often I have had guests reviewing a balanced cocktail – when I am drinking at other bars or serving our own drinks – and saying that they don’t taste the base spirit itself or a certain flavour that was in the recipe.” Before you blame the guests, Chua suggests you consider other factors. “Usually it is not because the drinker doesn’t have a fine-tuned enough palate, but due to other flavour distracting factors like the food they ate before the drink, cigarettes or other beverages,” he says. “These factors null certain flavour profiles that would otherwise be an already subtle flavour profile at best,” which is why Chua compensates by deliberately making those subtle flavour components stronger than they should be. “For example if I were using matcha tea in a drink, I would make the matcha flavour more intense so that it blatantly stands out without being overpowering.” The result? “It makes the overall cocktail easier to figure out, so to speak.”

04 Get salty
Sodium chloride is bang on trend behind the bar and the way to do it is a saline solution. “I would say that salt is a great ingredient to draw out flavour and add a roundness to drinks,” says Thomas Aske, director of Aske Stephenson and the man behind such ventures as London’s Worship Street Whistling Shop. Aske says he finds this technique to work particularly well with citrus-based and bitter cocktails. “I normally make a 10:1 solution (with a touch of sugar) and add a couple of dashes,” he explains. And he’s not the only one. Jen Queen, soon to be of 57 Below in Yangon after her time at Elbow Room in Phnom Penh, is even more unequivocal: “Salt is the one ingredient I can’t live without,” she tells us. “I salt syrups, cordials and cocktails all the time,” she says, explaining that the inspiration for this comes from the kitchen. “You never see a recipe for baking that has sugar but no salt,” she explains. “It’s a balance that is often overlooked in the bar.” The use of saline solution or salt had gained popularity behind the bar since Booker & Dax mastermind Dave Arnold released Liquid Intelligence: The Art and Science of the Perfect Cocktail in 2014, the man who Peter Chua credits with his own use of saline solution in drinks. “Salt is a flavour enhancer,” Chua says, “and as much as it enhances the overall flavours of the drink, it really aids in bringing out subtle flavours like cucumber, mint, thyme and watermelon.”

05 You should be caning it
“We rarely use regular simple syrup at all in the Parlor,” says Dead Rabbit beverage director Jillian Vose on their preference for 2:1 cane sugar syrup over regular 1:1 simple syrup. “The proof is in the drinks,” she explains. “Taste a Whiskey Sour or a Daiquiri side by side made with the two and you can see for yourself.” The reasoning for Vose is that “rich cane syrup, in most cases, allows for a richer textured drink and gives a touch of a vanillin quality.” But that’s not all – it could even save you money. “Since it is a sweeter syrup, you would use less than you would a simple syrup. For instance, in a Daiquiri you would use 0.5 oz (15ml) rich cane syrup as opposed to 0.75 oz (22.5ml) simple syrup.”

“Before you bring out torches and pitchforks, just hear me out” – Peter Chua

06 Aceeeeeeeeeeeeid!
Blacktail bar manager Jesse Vida is another bartender that has turned his attention toward the kitchen in the quest for better drinks. He suggests that acid solutions serve as well as any saline solution – although the bar uses both. “Making cocktails and cooking have many parallels,” he says, “and similar to cooking, acid and salt are used to season dishes and make other flavours and textures pop.” Vida says that this means they use “a myriad of different citrus solutions” in addition to fresh juices at Blacktail, with the former meaning that they don’t always need to use the latter. “It can be especially helpful in balancing a stirred drink where fresh citrus wouldn’t be used,” he explains.

07 Find your crutch…
“I would honestly say Averna amaro,” says Annemarie Sagoi, managing partner at Le Boutier in Phnom Penh, when asked for what she uses to improve her drinks. “I promise I am not affiliated with the company,” she is quick to add, “I just have used it as a crutch over the years when I experiment with new recipes, and every time one is lacking a little something, add some Averna and it’s perfect.” For Paul Hsu of Infusion Room in Beijing, that go-to is Campari. “It’s the bitterness – it expands the aftertaste and gives more aroma.” St-Germain is another that has seemed ubiquitous in recent years – so much so that the elderflower liqueur has been dubbed “bartender’s ketchup”. It wasn’t the first brand to take that sobriquet, however; Antica Formula has also shared the title as the cocktail creator’s condiment of choice. But we’ve all been getting it wrong, at least according to Angus Winchester, whose new bar, The Embassy, is soon to open in Brooklyn. “I have always believed that the phrase ‘bartender’s ketchup’ has been abused,” in regard to St-Germain and Antica Formula, Winchester says. “I first heard Michael Butt use it in regards to passionfruit syrup,” Winchester explains, crediting the author and cocktail consultant, “and I have to say it generally improves most drinks.”

08 Don’t be blind to colour
The cocktail revival has seen bartenders concentrate on many aspects of drinks but colour has been overlooked to a degree, suggests Vasilis Kyritsis, one half of Athens-based cocktail contrarians The Clumsies. He thinks it’s high time that colour came to the fore. “I really love using colour as an ingredient and I totally believe that a different unexpected colour on a drink can change its taste,” he says. In his constant desire to play with a drinker’s expectations he has experimented with colour- changing ingredients. “I used to make a Dry Martini which was purple using butterfly pea tea, a Thai tea which gives natural colour to foods or drinks,” he explains. “Many people thought that this Dry Martini would be sweet because of the colour, but it was dry.” The confusion for the customers went down well according to Kyritsis and he sees it is an upcoming trend – given the growing popularity for butterfly pea’s colour- changing qualities, he might be right. 09 Fux with the classix
Winchester also tells us of another trick that he learned from a fellow bartender, in this case the Diageo Reserve World Class 2012 winner and owner of Bulletin Place in Sydney, Tim Philips. “He used to play a game where you take any classic cocktail and remake it, but subbing in Tanqueray Ten or Martell Cordon Bleu,” explains Winchester, “and then try them all side by side.” The result? “Rarely does the classic win.”

10 When life gives you lemons… let them oxidise
“Citrus needs to have proper oxidation,” says Davide Boncimino of The Other Room at Singapore’s Marriott Tang Plaza Hotel. “Both lemon and lime juice are ready to use after four hours of oxidisation, grapefruit is at its best condition two hours after squeezing,” Boncimino explains. “Oxidisation starts as soon as the liquid is in contact with oxygen and it’s better stored in a fridge or on ice during service to maintain a low temperature.” But what of the results? Why is it better than freshly squeezed juice? “Oxidisation makes the lemon juice more mellow and gives a balance when mixed with other ingredients,” he says. “It depends on which kind of drinks you use it for, but as a general rule this is the best in my opinion.” Just remember, it’s not necessarily true for all juices, especially if a guest has ordered a glass of juice.

11 Crack a smile
Logan Brouse of Logan’s Punch in Shanghai is of the opinion that there’s a non-liquid simple solution to making the best drinks – and everyone has it already. “One of the most important tools in a bartenders arsenal – and this includes strainers, shakers, ice, ice picks and whatever other ninja accessories people want to add to the mix,” he says, “is a charming smile – the best tool for bartenders.” He’s been practising what he preaches for some time both at his own bar and to the wider community. “I tell all my bartenders this, hell I even tell people when I’m judging them at competitions, if you make an awesome drink but have no charisma, no smile, no charm then you don’t have anything but booze in a glass – it’s the smile that sets it apart.”

These are the best bars and bartenders in Kuala Lumpur