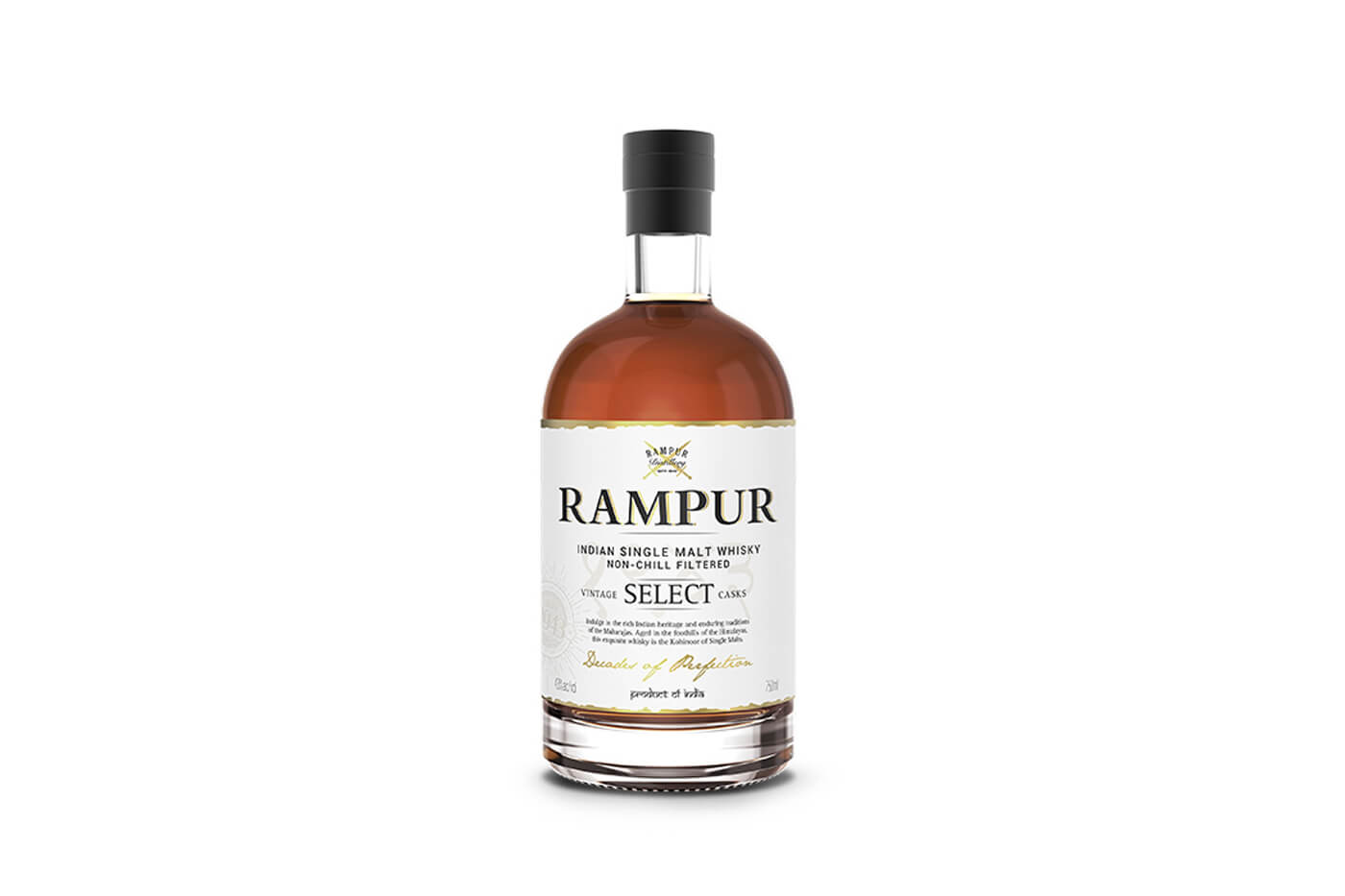 What is it? Here is an interesting fact: the biggest selling whisky in the world is not scotch, American, Irish or Japanese – it is Indian. While we have to be cautious as not all of the country’s whisky conforms to the EU definition, thanks to Amrut and Paul John producing single malt to EU law, Indian whiskies are becoming increasingly popular amongst connoisseurs. Rampur Distillery, located in the north of India, was established under British colonial rule in 1943 and initially produced molasses before moving into single malt nearly 25 years ago. Made with 100 per cent Indian barley, exclusively matured in first fill ex-bourbon barrels, Rampur loses
12 to 16 per cent to those greedy angels, compared to 2 per cent in Scotland, leading to a much faster maturation.

How does it taste? The nose displays vanilla ice cream, ginger and intense peach fruitiness. Adding a splash of water opens up notes of honey with peach that evolves to apricots, while the colour changes slightly due to the release being non-chill filtered. On the palate, mango joins more vanilla and honey in an oily mouth feel and finishes on a clean apricot linger. It is a cross between an old-style fruit bomb like Littlemill and Bushmills, but on a hot summer day. Clearly not a scotch, nor is it the most layered, but approachable.