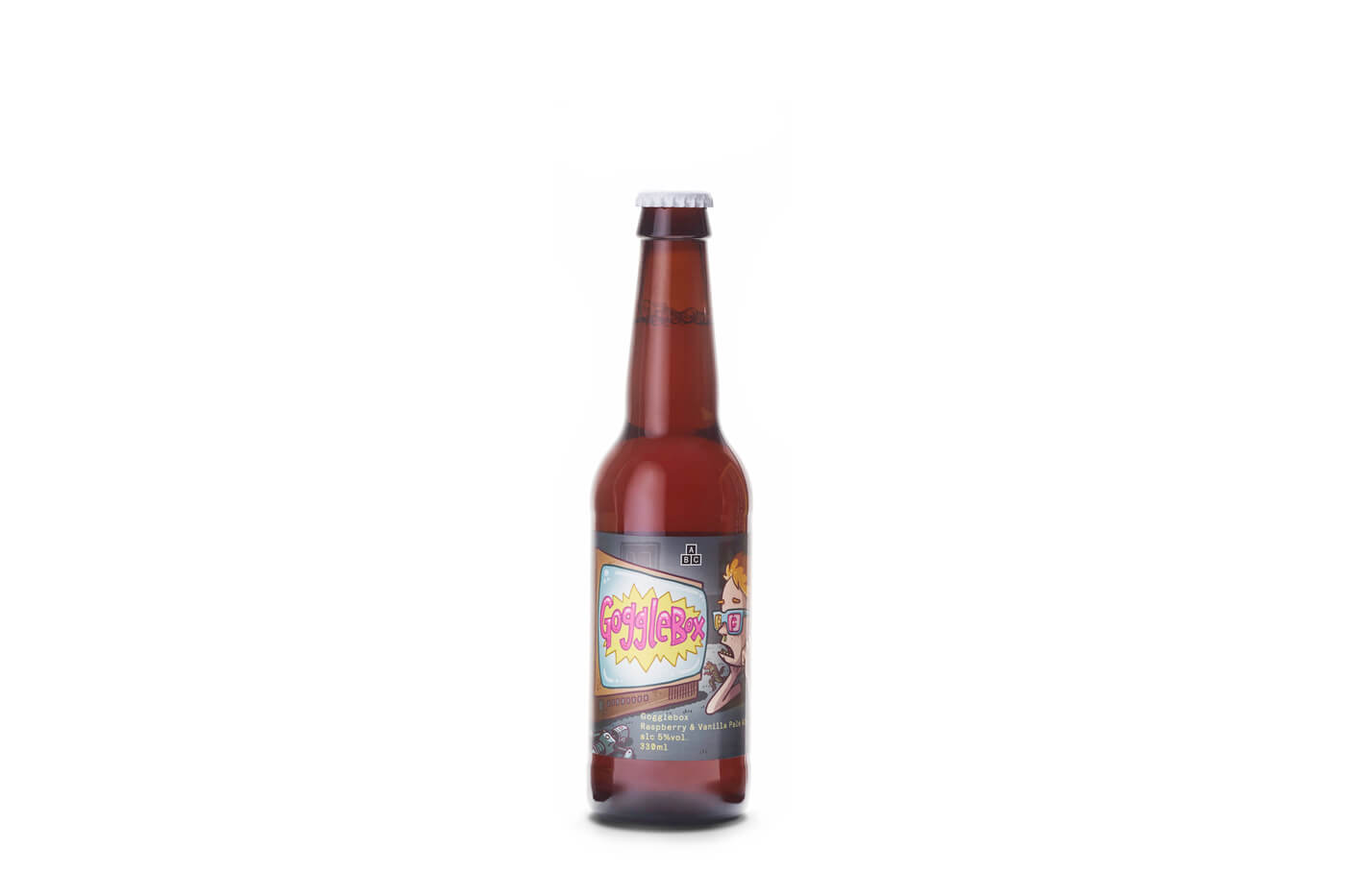 What is it? Alphabet Brewing Co (ABC) checks off the letter G with Gogglebox, a fruit-filled pale ale. Raspberry and vanilla are not the only addition, though: tonka bean is also listed on the label.

How does it taste? It pours cloudy with a nose like raspberry ripple ice cream, then hints of lemon and tangerine. There’s a pale ale-ful of hops on the palate, with that aromatic promise of both fruit and cream delivered upon, before a dry-ish finish. Also, look out for their This Means Nothing To Me Viennese Cranberry RyePA, which also manages to sneak green tea into the brew.