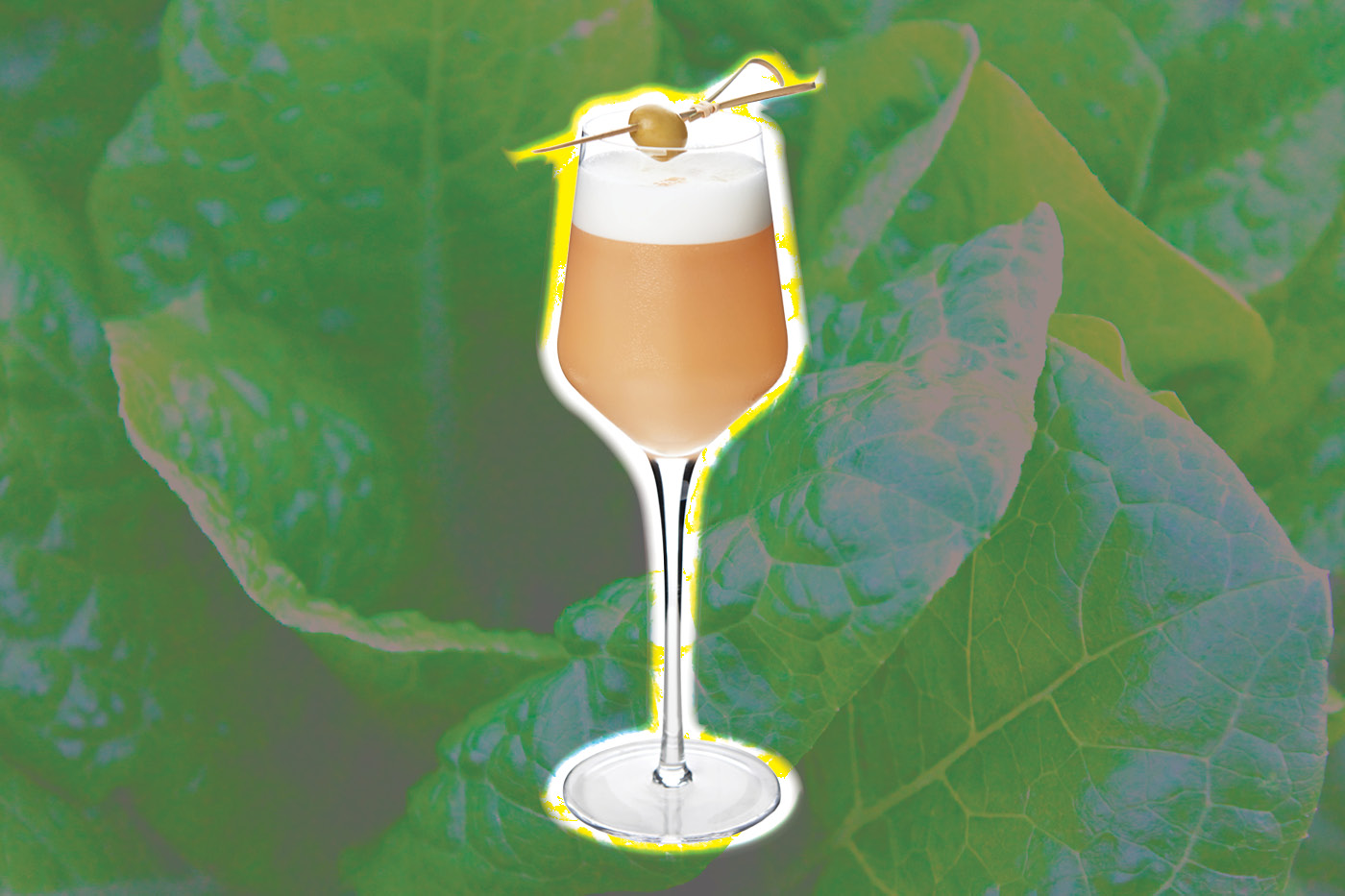 This recipe was first published in our feature on cocktails for vegans.

This drink draws on the concept of botanical error. Firstly, with the story of explorer Juan Ponce de Leon, who thought he’d found the secret to eternal life when he arrived on the island of Bimini, but due to an error in translation, had simply found a vine that grew near a waterfall (or so the story goes). The second error was in relation to the nutritious qualities of spinach and a misplaced decimal point in the research. Apparently Popeye wasn’t getting nearly as much iron from his diet, but he did a good job of marketing the leaf nevertheless!

Shake all the ingredients except for the oils using a dry-shake, then add ice and shake again. Strain into a cocktail glass and garnish with drops of spinach and toasted almond oil (adding aroma and garnish).

*Infuse vermouth with a handful of chopped, dried olive vine leaves and stems for 1 hour then strain.

NOTE: Volumes are approximate as ingredients are prepared in batches.