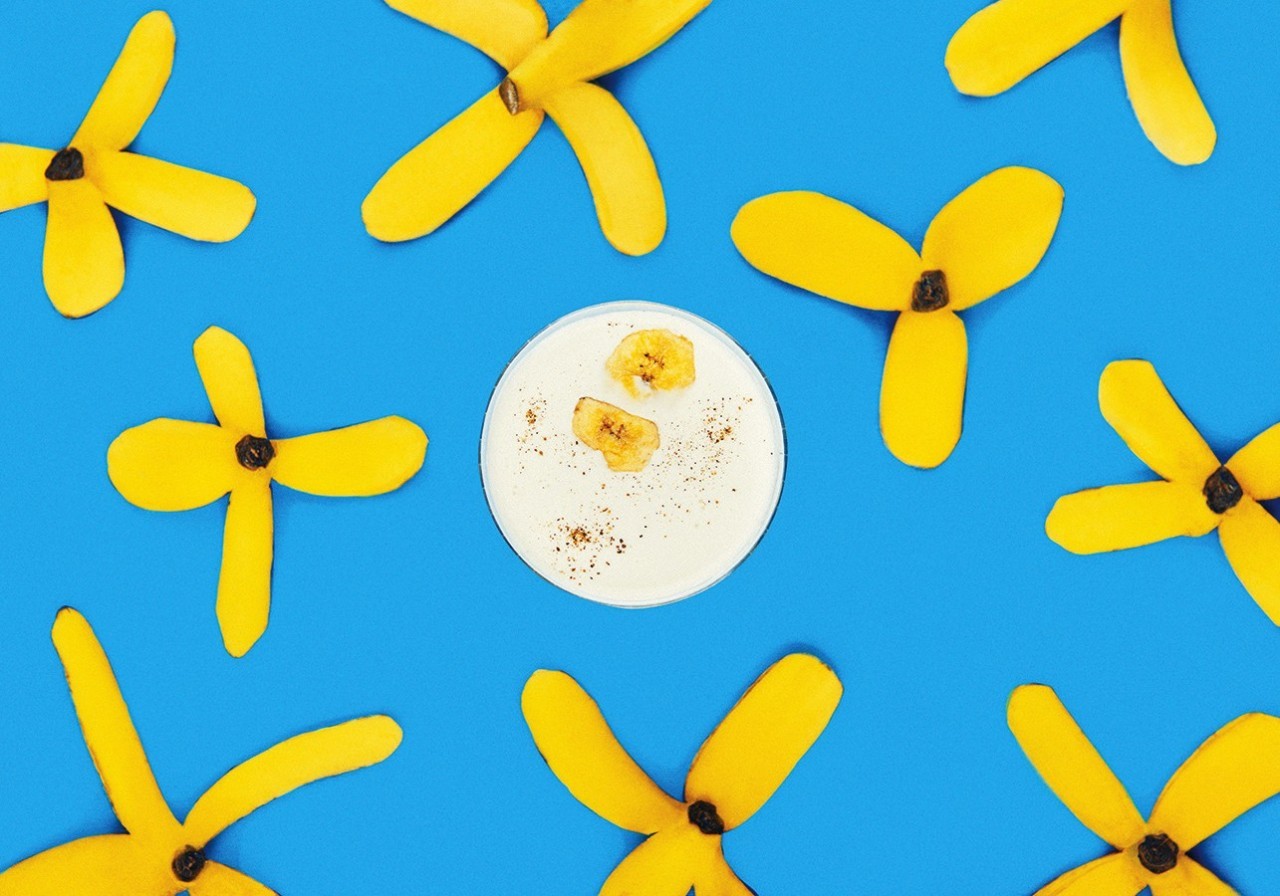 An Alexander is the granddad to all your modern-day chocolate martinis. Hugo Ensslin’s version is the type I like to use – it appears in his book Recipes of Mixed Drinks – but the earliest versions of it were either gin, or brandy, or equal parts of gin and brandy, then cream and creme de cacao. If you break it down, it’s spirit, cream and a flavour of something. And it’s not a nuanced flavour, so we took upon that inspiration and used a little bit more freedom to it. We went with bananas and turned this into a bastard child between an Alexander and a Banana Daiquiri. Bananas are sweet, they’re creamy, and they complement all the flavours from a dark rum. We added a little bit more spirit to it to dilute the cream and stretch out the texture. It’s a pretty bold cocktail when you think about it. It’s super easy to drink, it’s sweet, we grate some fresh nutmeg on top so you get a lot of nuttiness. It’s just fucking awesome.

The talking point of this cocktail is teaching people how to break down classics. Really understand them, compartmentalise the flavours, and see if you have the creativity, or the creative freedom, to go with a certain direction. Ask yourself: is that flavour essential? If it isn’t, are you able to switch it up a bit and see what happens? I break the flavours down first. For an Alexander, cream is such an important component to it that you really can’t take that out – or is it? Cream, when you break it down, is essentially heavy protein, or a flavoured thickening agent. So if you really want to go really geeky with it, you can switch out the cream with nigori sake or makgeolli from Korea. But we want to keep it quite straightforward. It’s one thing to explain to people it’s an Alexander, and it’s a whole different thing to explain to people it’s an Alexander twist. Let’s not go completely to the far end and just keep the major components so for people who do know what an Alexander is, at least they can still see traces of it.

Shake and double strain into a cocktail glass. Garnish with dried banana chips and grated nutmeg.

Lu Yao is the co-founder of The Union Trading Company in Shanghai.

This article first published in Issue 47 of DRiNK Magazine. Subscribe to the magazine here.