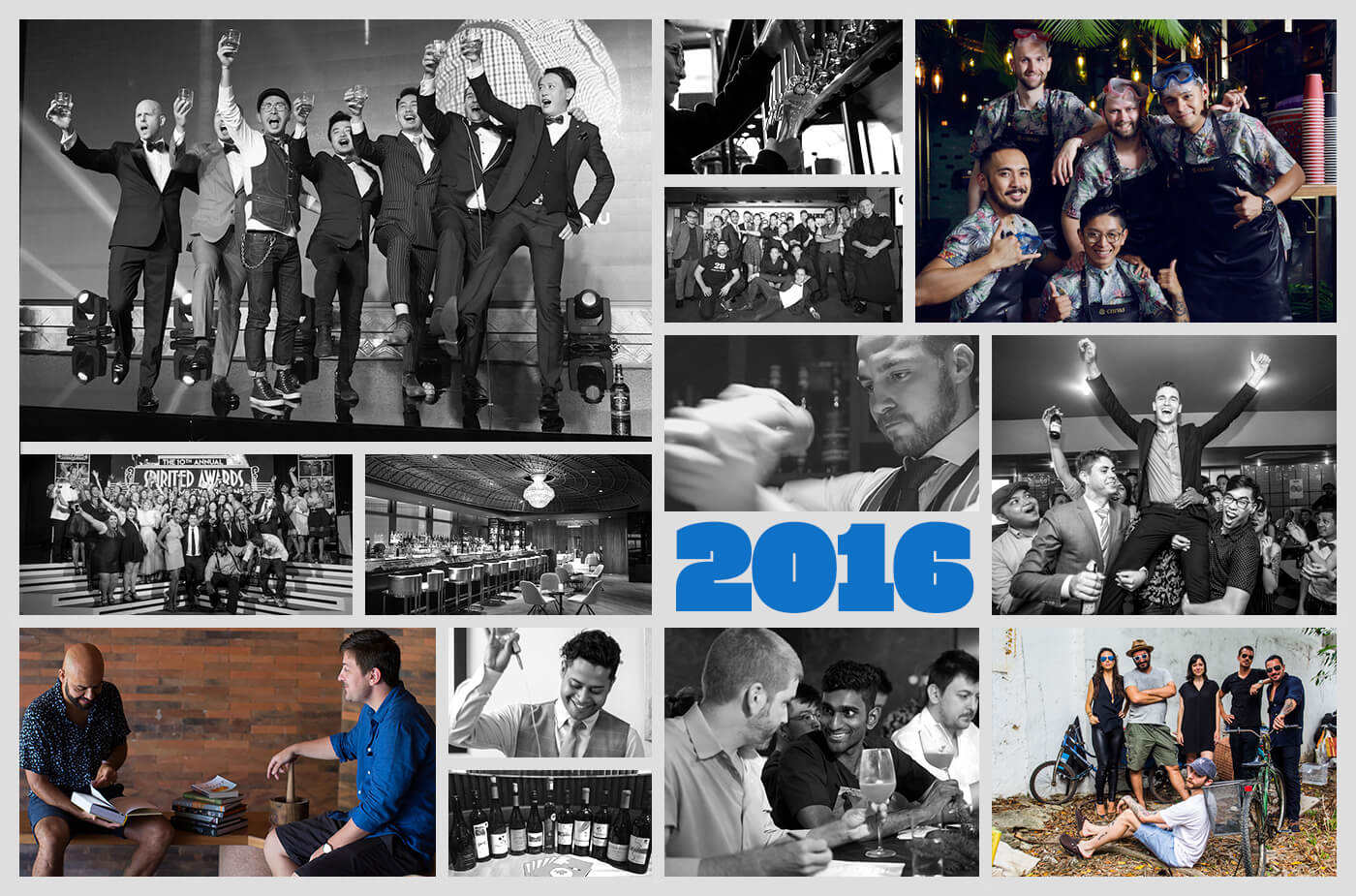 A review of another great year for the region’s drinkers and drinksmiths.

What a year it has been for the Asian bar industry – well done, guys – and what better time to take a look at some of the stories we loved the region over last 12 months? To end our Sixteen From 2016 series, here are 16 events (in no particular order, of course) that got the industry talking. Here’s to an even better 2017.

DRiNK Magazine launched a second edition for Southeast Asia (and beyond). Hello, readers.

Ueno-san won the Spirited Award for Best International Bartender at Tales of the Cocktail. A big high five to the Bar High Five icon.

New York institution Employees Only put down roots in Singapore – the first EO outside NYC.

The Bar Awards Singapore celebrated all that was good in the city. And then did the same in Hong Kong with the launch of the first-ever Bar Awards HK. And now the stage has been set for two more firsts next year.

Singapore Cocktail Week set the bar for the rest of the region again.

Another NYC nightlife institution and another Asian cocktail capital: PDT’s month-long pop-up in Hong Kong was possibly the most accurate reproduction of a bar overseas we’ve seen, right down to serving the same hotdogs.

The weirdest story of the year? Just how did the name of Scotch distillery Glenturret come to be etched into a rock on a Chinese mountain?

Ashley Sutton venues bring to mind the old English saying about buses – you wait ages for one and then three come along at once. That’s what happened in HK where Ophelia, J Boroski and The Iron Fairies all opened. Further Asia expansion for the Bangkok-based designer turned hospitality entrepreneur in 2017?

An inaugural Asia’s 50 Best Bars countdown was headed by Singapore’s 28 Hongkong Street, with Shanghai’s Speak Low in second. The latter then went one better, becoming China’s first bar to appear on the World’s 50 Best, expanding another strong showing for the region’s bar scene on the industry’s global list.

Arijit Bose was named the Monkey 47 brand ambassador for the Asia Pacific and in doing so the former 28HKS man became the brand’s first BA anywhere in the world.

London. Las Vegas. Kowloon. The Cocktail Maestro Salvatore Calabrese dipped his toe into Asia for the first time with Salvatore at Maison Eight in Hong Kong.

The Chivas Masters became the first major brand competition for bartenders to host its global final in East Asia, with some of the world’s best bartenders duking it out in Shanghai in June.

The Asia Wine Review launched, putting a focus on wines made from grapes grown in Asia and identifying emerging winemaking talent in the region.

Japanese brewer Hitachino flew the coop to take roost with a new operation in Hong Kong, brewing for expanded demand in HK and the Mainland.

And last, but certainly not least. The DRiNK Magazine Bar Awards 2016 threw the spotlight on the people who have set the bar in China. It was a pretty big deal, if we say so ourselves.