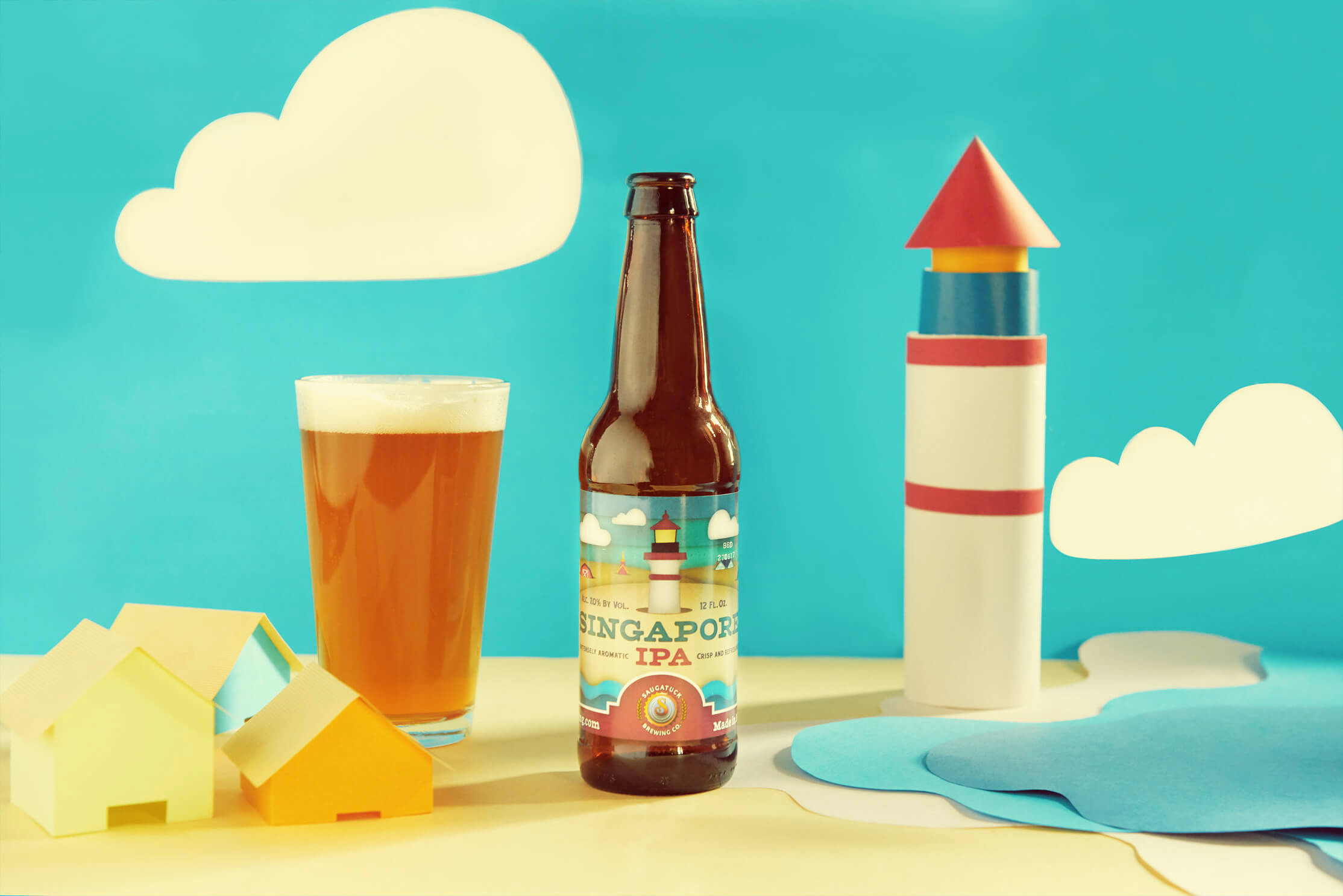 What is it? An American IPA that comes from the Michigan-based brewer Saugatuck, which is 9,000 miles away from where we were expecting. Intrigued, we got our Scooby Doo on and started looking into the mysterious moniker. Rather than a sneaky ploy to tap the Asian market, the beer is named after the Lake Michigan ghost town of Singapore, which was named after the real one in an attempt to try to drive tourists there. Instead it became known for lumber which led to its demise: the Michigan Singapore disappeared under the dunes in the 1880s after logging locals left the town susceptible to the lake’s winds when they chopped down every tree to sell to Chicago following the great fire of 1871. In just a few years Singapore was buried with – as the label depicts – only rooftops poking out of the sand.

How is it made? There’s no great mystery here. Its five malts are 2-row, carapils, crystal 10, Munich 10 and rye, and the same number of hops: columbus, simcoe, cascade, centennial and ahtanum. There’s no sand mentioned.

How does it taste? Turns out that its not just the irony of a town called Singapore disappearing under sand that’s delicious. The beer has a decent head and pours the bronze of a permanent holidaymaker with the nose malty rather than hoppy. There’s a citrusy backbone but it’s all very soft and easy-going despite five hops and the 72 IBU – at least until the finish. The IPA aspect remains buried until then before a bitter bite that lasts. An unexpected find that we hope to see make a reappearance.