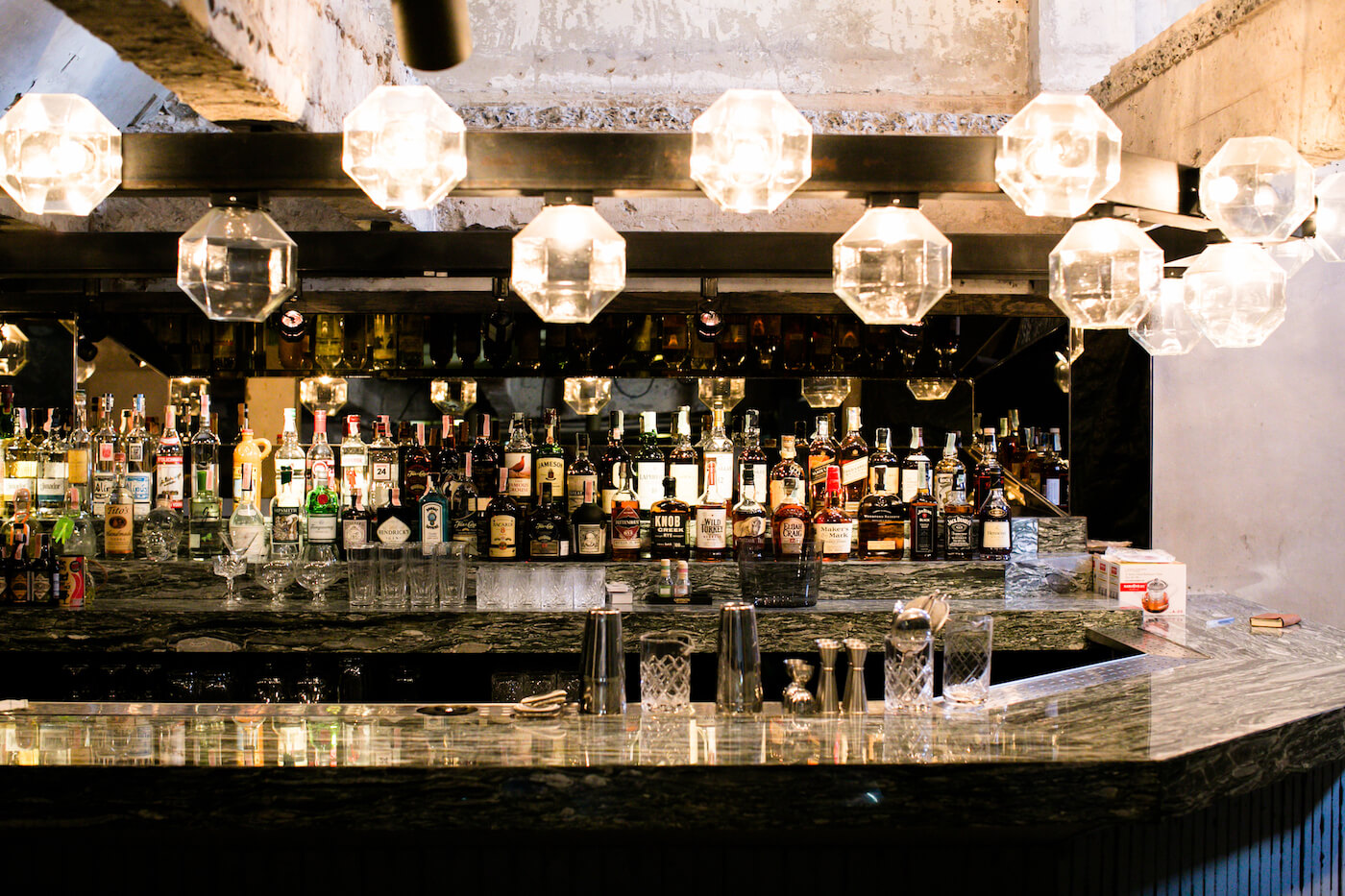 Partner and beverage director Andreas Percher explains how Bunker is combining the bar and kitchen. As told to Dan Bignold.

“Bunker is a contemporary American restaurant. Our head chef is Arnie Marcella, from New York City. He has a great background in Michelin starred restaurants in New York. He’s worked in Mexico. He’s worked in Italy. And chef Arnie is also why we have such a great cocktail program. He used to be the executive chef at Death & Co, so he grew up in cocktail culture and he really appreciates cocktails – and that’s a rare thing, because a lot of the time chefs want no business with cocktails. He’s active in adding new dimensions to the bar – he tastes and gives his two cents and sees ways in which kitchen-side he can help with ingredients or garnishes. He even designed the bar. Chef Arnie was good friends with another one of our partners, Tim Butler, who’s also the chef at Eat Me in Bangkok. They knew one another back when they worked at Alto in New York City. They both also went to the Culinary Institute of America. We contacted him and he came out and saw the space and jumped right on it.

The interior has this raw brutalism. When you see the space, the name is apt. The building is five stories, three shophouses connected. As you walk in we have this beautiful bar, really inviting: have a drink before dinner, meet your friends. Then upstairs is the dining room, and that’s where the wine comes alive, but you can still have a beer or a cocktail. Then up on the third floor, there is a semi indoor dining area and a balcony where we have eight taps. The restaurant is a 70-seater, but we want to make sure Bunker is accessible, so you can come without a reservation, come to the bar where we have a special bar menu, have some clams, some beef tartare, enjoy a cocktail. The feel of the space makes you feel relaxed, but it’s edgy and different. You see people wearing suits, or shorts and a t-shirt. That’s where Bangkok is now, social dining. It’s fun; you can enjoy yourself.

If there are two spirits that categorise the bar it’s bourbon and gin: bourbon, because it’s a unique American product, and then from a wine drinker’s perspective I love gin, because of how complex and how regional it gets. And the bartenders love working with it. We try to run a mix between spirit-forward, more American spec’d drinks – our gin and tonic is a 50ml pour and by Thai standards that’s quite high – as well as modern classics. But you can’t run into Thailand and only do New York specs. For the clientele here it’s too boozy. But that said, we have the Bijou cocktail with gin, vermouth and green Chartreuse – I didn’t think people would enjoy it, but they absolutely do. We also have eight beers on draught. Right now we’ve got the Borgo Re Ale IPA and 8 Wired’s Hopwired among others. We burn through about a keg a week – people love to drink in Thailand. We’re also lucky because we have two of the best beer importers in Southeast Asia – Hopsession and Beervana.

Hopsession is from Denmark, and he started selling Mikkeller and then got close to him and that’s how he opened the first Mikkeller bar in Asia. And when you get Mikkeller you get all these other beers, because he’s such a rockstar. So we went from getting typical beers to having yuzu sour ales. I also run an 80-label wine program, as well as a small sake program, some sherry and digestivos. The challenge is to make sure the aspects don’t cannibalise each other. But it works great. Everything revolves around the food menu – that is what sets the basis for the beverage program. Higher acidity in the wine, to match chef’s food. Cocktails when you come in – personally I don’t see the cocktails pairing with food so much, but it’s integral to the experience. You have that first drink and it calms you down, then a digestivo at the end.

In the last two years some new suppliers have come and dropped so many new great products – bitters, mezcal. We just finally got Fever Tree. Now bars have all the products you need to run a truly curated program. It is changing the game. Five years ago you defined yourself by the colour on your whisky label, but then wine came in, then beer, and cocktails. Bangkok now is a cosmopolitan, hip place.”

A den of quaffable riches await at this Guangzhou speakeasy

12 things we learned at Tales of The Cocktail 2016