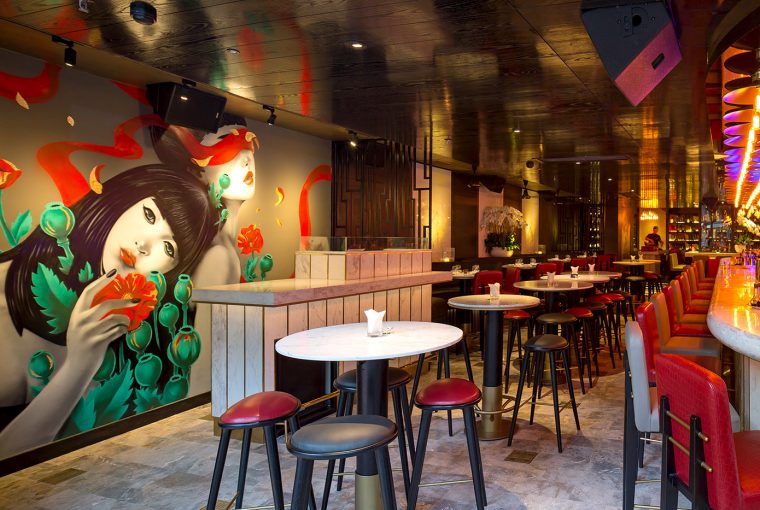 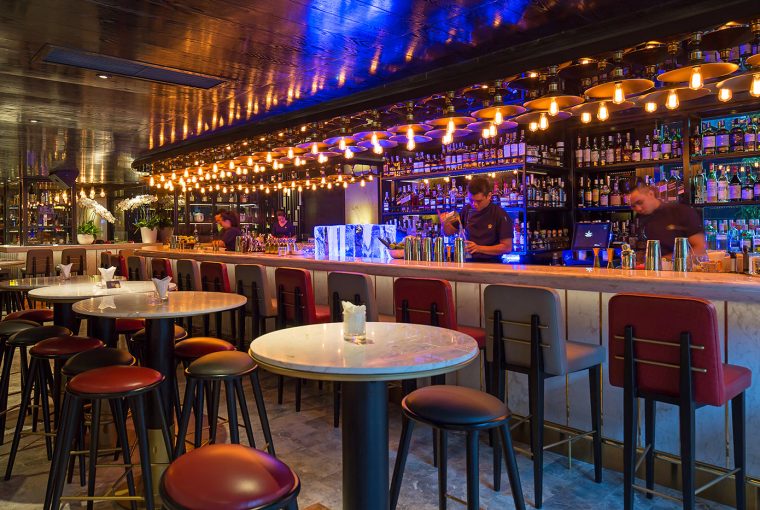 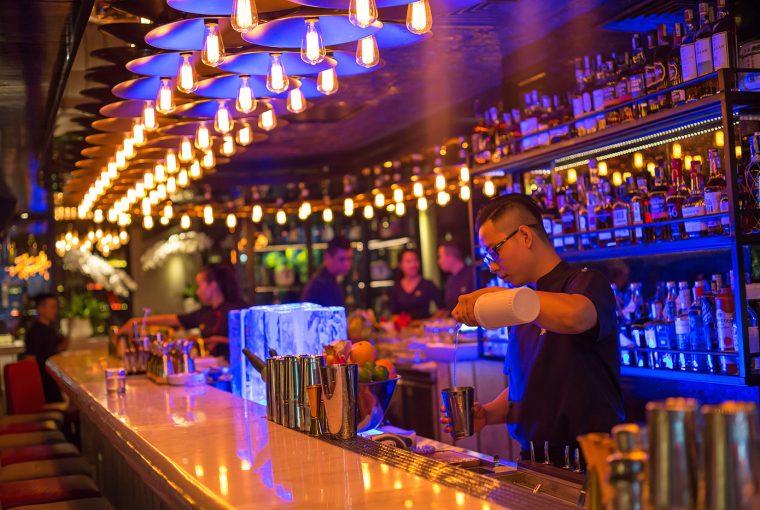 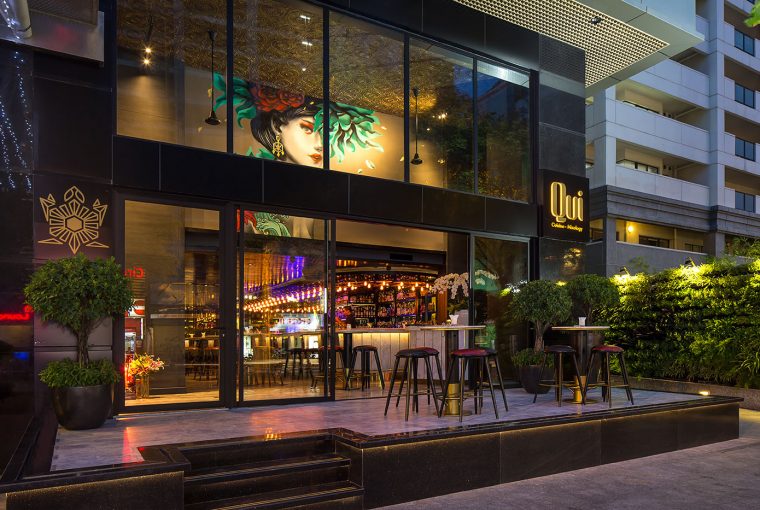 In Ho Chi Minh City, where much of its social sipping is staged in quirky, contraption-happy coffee cafes and on swanky rooftop perches, a rising class of cocktail players is surging the city forward to match the calibre of drink making elsewhere in the region. Qui – Cuisine Mixology is one of its freshest incumbents in District 1’s buzzy Le Thanh Ton row. Set up by Vise Hospitality group, fronted by Danish-Vietnamese expat Trinh Lai, the f&b veteran is turning his understanding of Vietnam’s curious and growing middle class from his prior upmarket ventures such as Chill Skybar, Sorae and San Fu Lou into a restaurant-lounge that approaches local flavours with modern flourishes.

For the group’s inaugural venture – work is already underway on a sister production, Envy, a nightclub with theatrical elements – interior designers LW Design Group from Dubai played up the contemporary lounge aesthetic with sleek marble and brass cladding for counter and table tops, leather for bar stools and snug banquettes, and reflective hammered tin and polished brass ceilings. After dark, edison lamps reflect around the room that’s tucked behind expansive glass- windowed entrances, with a mural of a finely-inked mistress who says hello by way of an arched eyebrow to the guests.

The room-length bar matches the good looks of the space with plenty of thoughtful, bartender-friendly features, like freezer drawers for spirits, fridges dedicated to glassware, foot pedals to power taps, counter-top press rinsers to quickly refresh mixing tins and a purple-hued ice station that shows off the bar’s massive blocks of clear ice. In charge of the drinks program is longtime Trinh collaborator and Vietnam’s World Class rep in 2013 Le Thanh Tung, who aims for maximum coverage with Qui’s drinks menu. Feel like a gin and tonic? Ask to see the 13-label-strong gin station in the VIP section, each with a matching garnish. Want to pop some bubbly or party balls-out with bottle service? Feel free. Dropping in for chef Mark Molnar’s modern-Vietnamese small plates? Flip past the prestige blends and single malts, and order a white or red from the tight selection of new and old world wines.

Cut through the fuzz of all-purpose watering, though, and you’ll find that Le’s kept well up with global trends of integrating local flavours and barrel ageing cocktails. “Qui is a masterclass for mixology,” he explains. “We always have new drinks every month, based on drinks popular around the world. Our aim is to educate local consumers with the kind of drinks that they have never tried or seen before, and understand more about the origin of the beverage.” Signatures like the Sea Freeze artfully teeters tequila, pistachio syrup, a green tea and wasabi shrub, coconut and passion fruit in a conch over a sake masu. Around the World counters vodka, absinthe, maraschino with bracing tones of Thai basil and a squeeze of lime, and Saigon Colada is tiki-by- way-of-Vietnam with tamarind and ginger syrup, coconut puree and cinnamon. A separate section of the menu details a list of spirit-rich classics like the Vieux Carre, Vesper and Lynchburg Highway steeped in oak barrels.

Le says he’s avoided exclusive bottle contracts in order to keep a good range of products from all the big spirit companies such as Moet Hennessey, Pernod Ricard and Diageo. “However, for some signature drinks at Qui, I do need to come to Singapore to hand carry a few bottles over, or get my friends to bring back bottles. Unfortunately, that stock is not available in Vietnam.” What’s encouraging for Le though, is that all his efforts are not in vain. “I think the customers so far are quite interested in our concept and willing to try a lot of the new drinks, and they come back to learn more. So it’s a good sign that we’ve established a place where people can come to play, have fun, and also learn.” Together with city counterparts like Racha Room, The Society and Glow Rooftop, Qui is building on early groundwork to help the local cocktail scene flourish. While Qui’s no game-changer, the bar is a positive example of the state of Ho Chi Minh’s drinking in 2016. “The target for us is to be in the list of Asia’s 50 Best Bars,” says Le. With Vietnam yet to mark its own notch on the rankings, new developments like this might give the panelists reason to sit up and take notice.