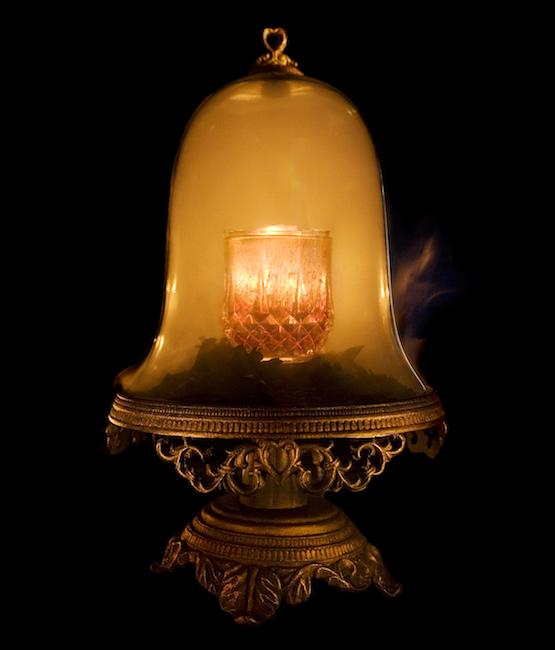 This recipe was first published in our feature on Smoked Cocktails.

Solarik says of this drink from 2008: “It truly is a very special example of a smoked cocktail, incorporating both aromatics when presented and a truly remarkable flavour profile integrating a well balanced amount of smoke with depth and complexity. I personally prefer to use straight unaltered hickory wood for aromatic and nostalgic reference purposes; the vanilla bean adds a very interesting depth and sweetness to the bitterness of straight hickory smoke.”

Combine liquid ingredients and ice in a shaker. Shake. Fill a large rocks glass with a large ice sphere. Next, char 100g of small to medium bark-free hickory chunks in a frying pan until embers glow throughout, then add vanilla pod, concentrating heat on the pod. Remove the frying pan from the heat. Strain water from rocks glass and pour built cocktail over ice. Place pan of hickory and vanilla on pedestal then place the cocktail on top of the glowing embers. Enclose cocktail with top of bell jar, present to guest and let sit until smoke settles and cocktail is visible in bell jar (approximately 2 minutes). Remove cocktail from bell jar, wipe with clean cloth and serve.