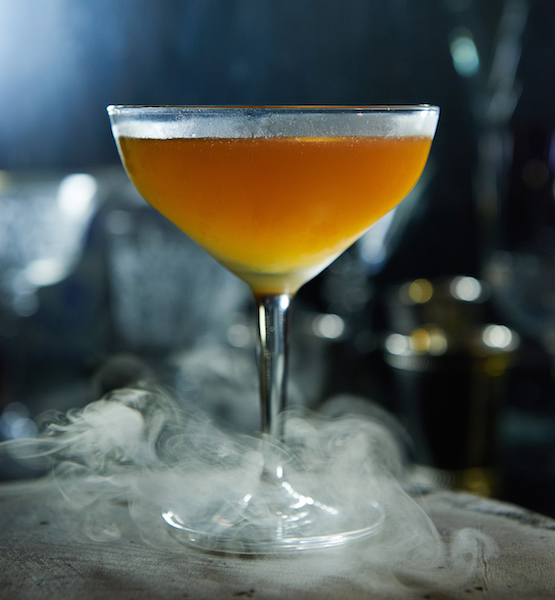 This recipe was first published in our feature on Smoked Cocktails.

This uses a simple smoked syrup in a regular Daiquiri recipe and is great with one of the smoked cherries, as described in his book Drink.

Shake all ingredients and strain into a coupette.

*Apple wood smoked syrup: 500g demerara sugar; 500ml water (for 1:1 syrup, or 250ml for 2:1); apple wood chips and finely chopped vanilla pod. Put the sugar in a wide plastic box and smoke with apple wood and vanilla as with smoked ice. The surface area of the sugar crystals will collect flavour better than pre-prepared syrup. Use the sugar to make up syrup as normal. If the smoke flavour is too strong, mix with regular sugar syrup to taste.